Today,most of the people complain that they feel depressed or they are victims of depression.Due to this thought most of the people commit suicide or start drinking alcohol or start smoking.It is obvious that all these things are not good for an individual.So,what is depression?Depression is a state of mind in which a person is having a low mood and that affects the person’s thoughts,behavior,his feelings and his sense of well-being.In most of the cases,only the people suffering from depression can make out that are suffering from this disease i.e. no one else can suggest them that they are suffering from depression.The people suffering from depression feel sad,anxious,irritated,hopeless,helpless,guilty,worthless or restless.These people may lose interest in things that once they loved to do.Sometimes,they feel to stay away from the society and social life and just want to spend time with themselves.Mostly,the victims of depression have suicidal tendencies.A person suffering from depression may suffer from fatigue,weight gain,lack of sleep and a lot more diseases.So,depression is also the house of several other diseases.To fight depression most of the people visit doctors and pay them heavily in order to get rid of this disease.People sometimes take sleeping pills to avoid depression  and sometimes the overdose of these pills results in harming them in a very bad manner and sometimes may even cause death.Some people even switch to drugs,alcohol and smoking so that they can avoid depression by staying high.But,this is definitely not a good idea and is very dangerous for a human being.The best way is to visit a doctor but,depression can be cured naturally by following a few simple steps.Here are 5 such natural ways to fight depression:- 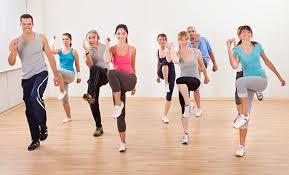 If a person exercises regularly then there are a lot of chances that he may fight depression.Exercise keeps a person healthy and fit.A fit body means that a person has no diseases or any other health issue.Exercising regularly and in proper manner keeps an individual motivated and the person stays enthusiastic.This is the biggest factor in avoiding depression.Another reason for a person suffering from depression is that he has a very low amount of fun and frolic in his life.But,if the person exercises regularly,then there is an amount of fun and frolic in his life and hence,he stays away from depression. 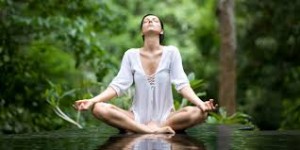 Meditation and yoga have been shown to decrease stress and anxiety, which can contribute to depression. Relaxation techniques such as yoga, deep breathing, progressive muscle relaxation, and meditation have all been used to relieve symptoms of depression and reduce stress. These mind-body techniques can promote feelings of joy and well-being. Practicing meditation to lower stress can improve mood and relieve negative feelings of depression such as anxiety and anger. Using these same meditation practices, called mindfulness-based cognitive therapy, several studies have found that meditation can reduce the risk for a recurrence of major depression. 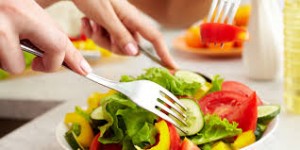 A proper diet plays a major role in fighting depression.A person must take a diet which is high in antioxidants.A diet containing proteins and nutrients like vitamin B and C is also very helpful in fighting against depression.A person who eats a lot of fried and fast food is often obese and obesity is the basic path leading to depression.So,instead of having fried and fast food,a person must switch to healthy food like fruits especially apples and oranges.Eggs and turkey are also a good alternative to prevent depression as they are the powerhouses of protein.

Acupuncture is increasingly being used as a natural treatment for depression.Because of potential side effects of drug treatment in women who are pregnant, acupuncture would be a valuable alternative.In a study published in the “Journal of Affective Disorders”, 61 pregnant women with major depression were treated with acupuncture specifically tailored to treat depression, general acupuncture that did not target depression, or with massage therapy. The women who were treated with acupuncture specifically targeting depression had a response rate of 69 percent. In comparison, the response rates were lower for those who received general acupuncture (47 percent) or massage therapy (32 percent). 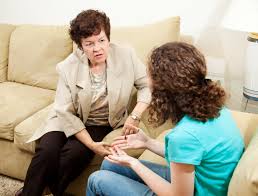 One of the major causes of depression is loneliness.If a person cuts himself from the social life or is lonely,then there a lot of chances that he may fall prey to depression.Whenever a person may feel sad or depressed,he must talk to a friend or a member of his family.This will help him regain his confidence and make him feel happy.Talking with someone may eradicate the loneliness in that person’s life and hence will eventually eradicate depression.If a person who is feeling depressed talks with someone then there are chances that he may feel that there is someone who believes in him and is there to help him out.This thought brings a lot of positivity in that person’s mind.This boosts his confidence and motivates him.Hence, the person is able to fight depression just by simply talking to someone.