The 5 Most Mysterious Temples in India. 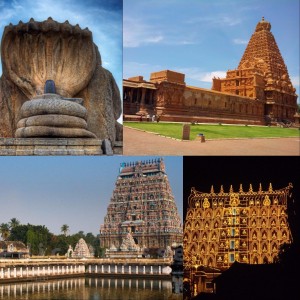 India’s beauty lies in the places and even in the surroundings. Mainly we can learn many things from the temples. While coming to temples some of them are Mysterious too. Because of the construction and the art that comes out of these temples.

It is from 13th century C.E. It was constructed in 1255 CE. It is located in Konark,India. The name Konark derives from the combination of the Sanskrit words, Kona (corner or angle) and Ark (the sun), in reference to the temple which was dedicated to the Sun God Surya.

The temple was designed as a chariot with 24 wheels pulled by 7 horses. Part of the temple was collapsed or destroyed in 17th century CE. There was a belief that the destroyed part of temple contains a 52 ton magnet at the top. This magnet caused the main statue to rise in the air.

The wheels present in the temple are actually sundials. Time can be calculated accurately by the spokes of the wheel.

It is called as  Peruvudaiyar Aalayam in tamil. It was constructed in 1010 CE. It is located in Tanjore. The temple stands amidst fortified walls that were probably added in the 16th century. It is one of the largest temple’s in India. Approximately 130,000 tons of granite is used for construction.

READ MORE  Easy Workouts Anyone Can Do At Home Or Outdoors

The kumbam(round apex structure) is said to be carved from a single granite stone. It weighs approximately 80 tons and is present at the top of the temple tower. The temple tower is 216 feet high. The mysterious thing is that how could the workers thousands of years ago managed to pull up 80 ton carved rock such high? There were no lifting machines or cranes that time. So it stills remains a mystery that cannot be solved. 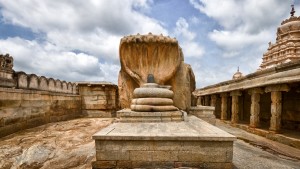 This temple was constructed in 1530 CE and located in Lepakshi, India. The main temple contains three parts:

The mysterious thing about this temple is that the temple has around 70 pillars that supports the roof. But among them one corner pillar is not landed on the floor. It is considered as the hanging pillar in this temple.

Some engineers tried to find out the secret behind the hanging pillar but they failed in finding out how the pillar remains hanging from the ground.

And also there was a large foot print inside the stone in the temple. This foot print is 3 feet long and some amount of water enters into the footprint from underground and keeps it wet. 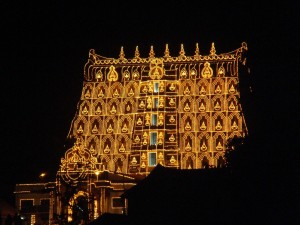 Padmanabhaswamy temple is located in thiruvananthapuram, Kerala, India. This temple is completed built in kerala style. It is recorded as the wealthiest temple which contains as estimated amount of $22 billion worth gold and jewels.

It is said that the temple contains 8 underground vaults which contains precious treasure. Among them only 5 vaults are opened till date.

Among all the vaults vault B is said to be most mysterious.

This vault is remained unexplored. The door of this vault is sealed with a large door on which two cobras are present. There was no entrance for the door to get in. It was believed that the door opens only by a magical spell.

It was said that people who tried to open it in improper ways lost their lives. All these vaults and this vault is said to be the great mystery till now. 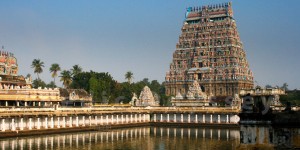 Thillai Nataraja temple located in Chidambaram. It is also called as Chidambaram Temple. This temple is dedicated to lord Shiva. It is one of the five Pancha Bootha Sthalams the devotional shiva temples each represented by five elements.

The temple is known for its mystery as Chidambara Rahasyam (secret). The priest who performs all the worships for the day leaves a curtain. The people are stood on the other side of the curtain. After this at a particular time each door of the main temple is opened and lord Shiva is worshiped.

It is believed that lord Shiva himself in the form of nataraja appears to some people while this ritual is done on the other side of the curtain.

This appearance of Lord Shiva in the form of nataraja is said to be mysterious about this temple.

More about chidambara rahasyam can be learnt here: