Books are rightly given the title of best friends. Though every book provides some information, but still there are some books with loads of knowledge. Encyclopedias are one of them, but they are very difficult to read fully. Given below is a list of books that can keep you engaged till the end with giving knowledge. Once you read them, you will know much more about the world than any average human being. The books written in this list are either read by me or are the best sellers in the community of people seeking knowledge or trivia.

1. A Short History of Nearly Everything

This is a best-seller written by Bill Bryson. Mind you, he is a traveler not a scientist. So don’t expect to know everything contained in science after reading this book. It’s just a piece of art to arouse interest of readers about the field of science and provide them an introduction about every field in the subject. The book is a chronological account of everything that happened on this earth from the time when there was nothing to the most recent time. 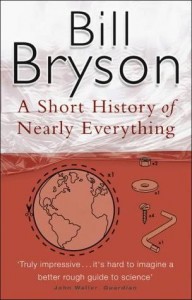 The book can be termed as perfect research in the subject. He has used hundreds of sources like science books, interviews etc. Language used is so simple that it can be understood by any layman. All kind of sciences like chemistry, astronomy, particle physics, geology, paleontology etc. are described through interesting stories of discoveries. He was dissatisfied with the science books used in school and so to plug the loophole, he wrote this masterpiece. Book is flooded with humorous stories about scientists and their uncommon behavior.

READ MORE  Movies to watch on Christmas 2020 with Family

Ben Golacre, the author of this book is a journalist working for “The Guardian” newspaper. After the book hit the market, it became widely popular as it told about how the mainstream media is playing with our emotions and risking our lives. The fact it put emphasis on was how reporting done on health and science issues are fake and based on some fake researches just to profit the company, no matter what havoc they create in masses lives. 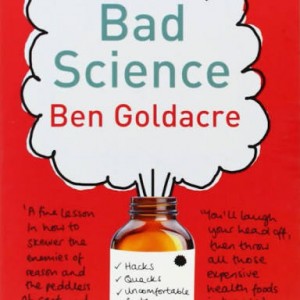 He proved detoxification method done in spas bogus by a simple experiment. A famous concept he repeatedly talks about in the book is “the placebo effect” and how it is used in homeopathy. Also, he stressed that all the cosmetics are the same, be it your home-made moisturizer or the most expensive cream both are going to produce in same effect. It is our mind which perceives the difference and it is again the placebo effect to blame to. There are many other such horrifying facts you will read in the book justified with adequate proofs and experiments.

This book by William Wilson can be considered an all-purpose reference for basically anything present under the sun. It contains everything one might have read in school-books but definitely forgot and various other things any learned individual must have the knowledge of. Philosophy, literature, history, economy, science, psychology even movies basically anything you name it and you’ll find in this book. The text is a fun read for any person and a nice place to start your journey to the universe of knowledge. 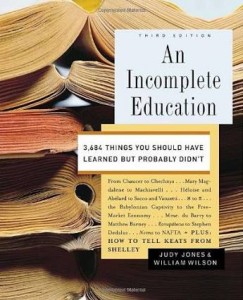 The book by William Weir will force you to see history through a new lens. It debunks many history stories told in schoolbooks by giving authentic reasons. After going through the book, I felt like my entire school education was waste of money as almost everything I was told was wrong according to this book. 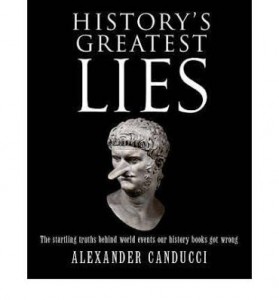 Many stories like “Emperor Nero was not fiddling as Rome was attacked and burnt because the fiddle wasn’t invented till that time. So his enemies perhaps created this story. ” can be found in the book. The book is loaded with surprises for every history buff. You can use the facts and cite the sources given in the book to show off your history skills in front of your friends.

A book by Charlers Panati of trivia and unusual facts is the best in the genre of trivia books. The difference which forced me to rank this book the best in the corresponding genre is the fact that it’s entertaining while other books generally contain long boring lists. 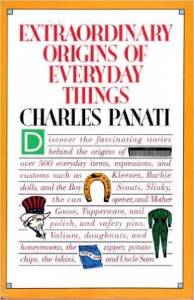 Literacy Rate in India According to The States