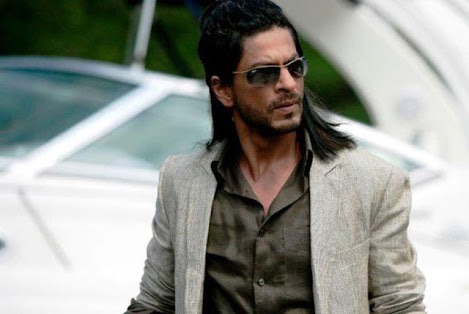 SRK is known as the “Badshah of Bollywood” has been the heartthrob actor in the industry. Even after so many years, with his charm and romantic movies he makes all the girls crazy. However, apart from the romantic characters being played by him in most of the movies, his few movies as a villain is stupendous.

After a long time, Shahrukh played a character of the Bollywood’s famous underworld portrayed movie, Don. The movie was the remake of the movie Don, 1978 casting Amitabh Bachchan as the lead. It is an action thriller movie. It casts Shahrukh, Priyanka, Arjun Rampal, Boman Irani, and several others. It was a super-hit movie. It did not just give Shahrukh the treasure of opportunities for new projects but also his role was appreciated by everyone. He was awarded as the Best Actor by Filmfare, Asian Film Awards, International Indian Film Academy Awards. A sequel was made in 2011 naming, Don 2 which was even big successful than this.

It is the first film of Shahrukh playing the character of a Villain, directed by Yash Chopra. The movie stars Shahrukh Khan, Juhi Chawla, and Sunny Deol. He played the role of a psycho or obsessive lover who is madly in love with Kiran(Juhi Chawla), the girlfriend of Sunil(Sunny Deol) and does everything to get her. It was a blockbuster movie that gave Shahrukh a new name and respect in the industry.

Shahrukh’s 2nd movie in which he played the character of a villain was Baazigar. It was released in the same year on the release of Darr. The movie stars Shahrukh Khan, Kajol, and Shilpa Shetty. He played 2 characters in this movie-Ajay and Vicky in order to take revenge from his father’s enemy, Chopra, who fooling them years back took all of their properties and business breaking their trust. Due to his breakthrough performance, he was awarded the Filmfare Best Actor.

After the success of the previous movies Darr and Baazigar, the popularity of Shahrukh were increasing day by day with the actor in him grabbing the audience to the theatres. The movie stars Shahrukh Khan, Deepak Tijori, and Madhuri Dixit. Anjaam was the story of a psychopathic man who was spoiled and wealthy. He falls in love with Shivani(Madhuri), trying everything to get her. In the end, while taking revenge, Shivani and Vijay both get killed. Shahrukh won the Filmfare award for Best Performance in a Negative Role in 1995.

It was released in 1998 having stars such as: Shahrukh khan, Juhi Chawla, and Sonali Bendre. Shahrukh played the double role in the movie having name Bablu Chaudhary and Manu. Bablu is a chef who is very kind-hearted and loves Sonia(Juhi Chawla), whereas Manu is a criminal who was escaped from jail so as to take revenge from his partners for betraying him. Everyone gets confused about who is Manu and who is Bablu. The movie is a comedy, drama, and thriller. Due to the remarkable performance as a villain, Shahrukh was nominated as the Filmfare Best Villain.

Top 10 Indian web series to watch during the lockdown

Here’s How You Can Ensure Driver Safety And Performance In An Automated Fleet Management...

Top 10 Indian web series to watch during the lockdown