No doubt tennis is the most popular sports in the world, especially when it comes to women. With the increasing number of women tennis players, there has also been an increase in the trend and individual characteristics that they have added to their style of playing. More and more women players are being attracted to this sport, and when they play, they have their own techniques and styles. In the recent years, there has been an increase in the trend of screaming and grunting, while hitting the tennis ball and most of the female tennis players follow this trend. Some of these screams and grunts sound so ridiculous that it will make you burst into laughter and kids asking, “Why is she screaming mom?”

Former tennis player, rather the former best female tennis player from Yugoslavia with rank 1 is the inventor of the tennis grunt. She came to limelight in the year 1989, when she reached the finals of the French Open as a 15-year-old kid. Within two years, she reached the first rank and remained there for a long period. Despite these amazing facts about her, a ridiculous part of her playing style was the hilarious grunt and scream that she gave while hitting the ball. 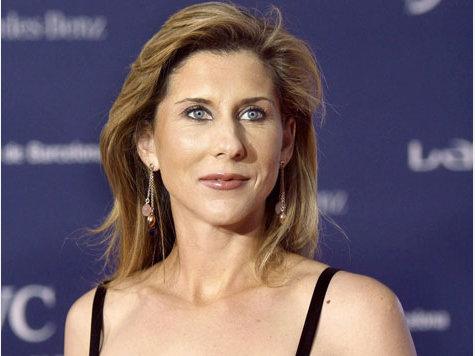 Every time she hit the tennis ball, she screamed aloud, and this made very other player believe that this gave her some magical tennis power. Hence, the later players also started this trend, and this is still followed by most of the female players, who now prefer playing power tennis. But the inventor was Monica.

The manliest female tennis grunt that you would have ever heard would be that of Katie O’Brien. Although many other female players are there who scream and grunt, Katie’s scream seemed different because she screamed after she had hit the ball. However, most other players would start screaming as they drew their tennis racket back to prepare for the hit and then as they ball came they would scream and hit the ball. But Katie did it differently and to everyone’s wonder, there was no use of screaming and grunting once the ball is already hit. 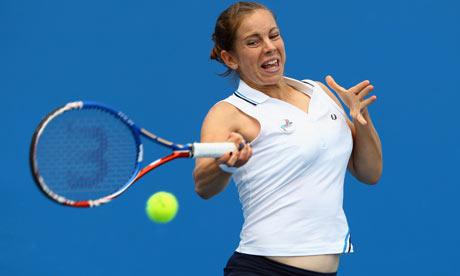 Yet another manly, angry ad anxious grunt from the world no. 1 women’s single tennis player that will make you wonder! Her screaming starts with a low pitch and then as the tension increases, the pitch also increases. The higher is the physical exertion; the louder becomes her grunting. Her manly grunts sound angry and no matter if you can see her playing or not, her clear, angry screaming will let you know that it is Serena hitting the tennis ball with her racket. 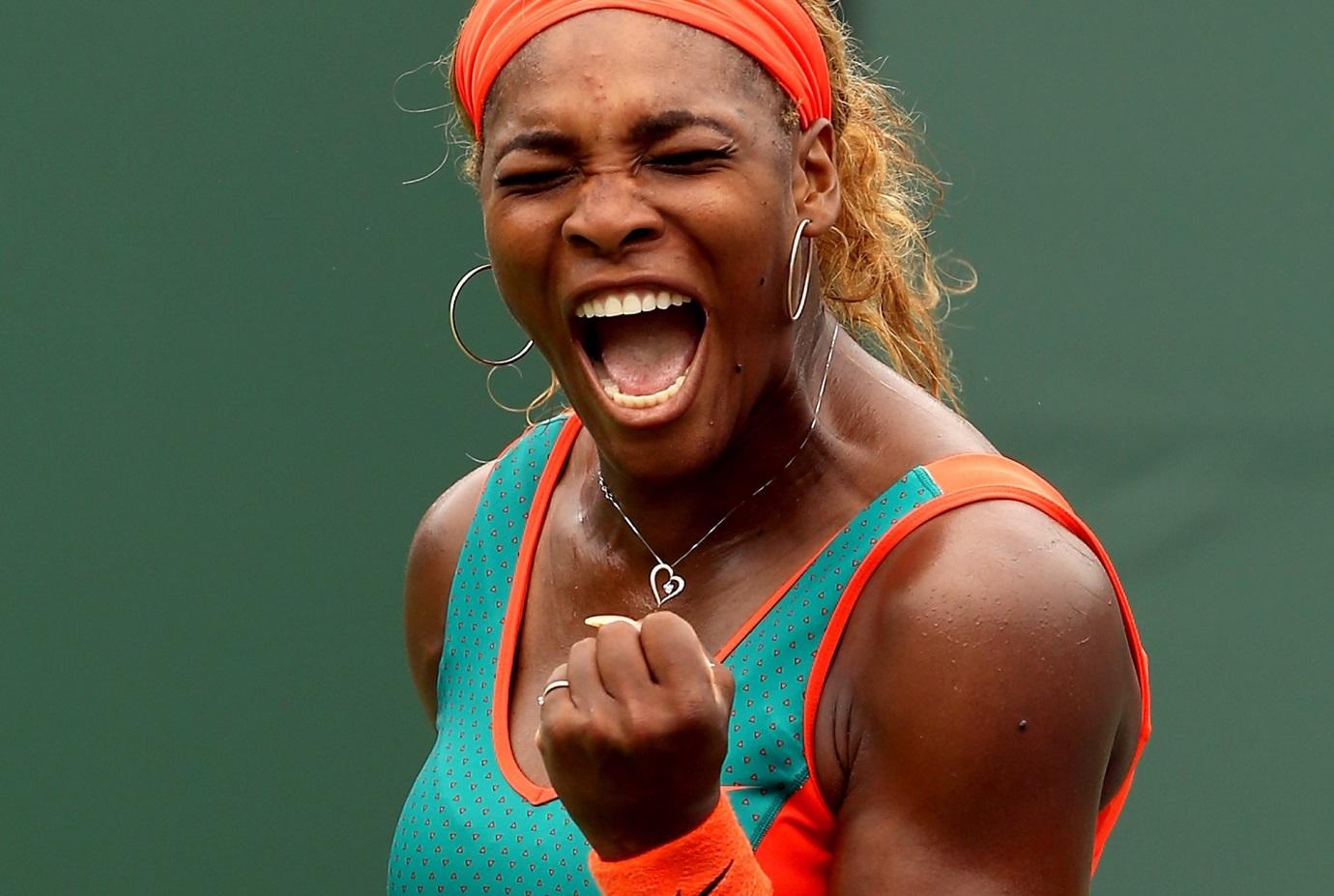 You will hear people saying that Serena’s screaming sounds like that of a jackhammer, when you hear that from across the streets, just in a tolerating decibel. Many of her matches are more focussed on the grunting part rather than the performance part. Audiences of her matches have laughed at her hilarious grunting, despite the fact that she is the world’s number 1 female singles tennis player.

This Williams sister, the sibling of Serena Williams, stands not far behind her sister in the grunting department. Some say that her screaming and grunting is far more ridiculous than her sister. The way Venus screams and grunts, it sounds like some sexual pleasure and moaning when in bed. Her screams constantly change the notes and are filled with warble. Many compare Venus’s screams with that of a newborn foal sinking in quicksand and screaming for help. 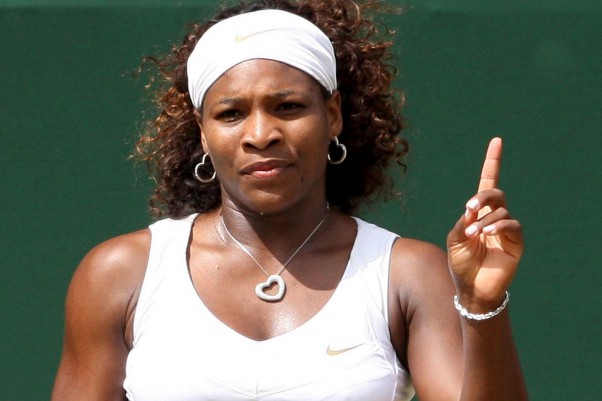 The loudest grunt that you will ever hear from a female tennis player is certainly the one that Maria Sharapova releases. This world no. 2 tennis champion is the most glamorous and most beautiful tennis player in the world. But her screams are the loudest ones. This is not just a mere observation, but rather a scientific study that has proven that each one of her screams hit a high-pitched 101 decibels every time. 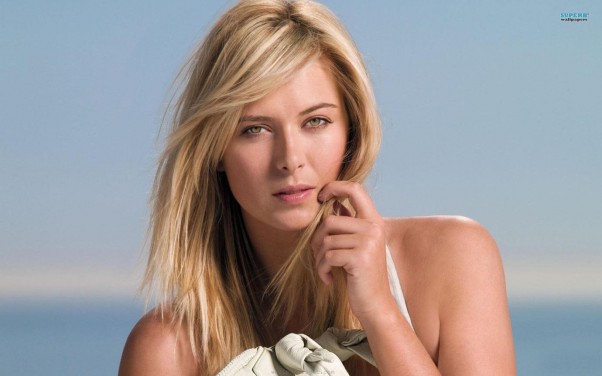 The part that makes you wonder about the fact that the screams are that every sound that reaches a whopping 90 to 95 decibel can make permanent damage to the ears or hearing power. Whereas a jackhammer at a distance of 50 feet might release 95 decibels and a motorbike might emit noise or sound that can hit the 100 decibel margin, Maria Sharapova’s screams can cause permanent hearing damage if you have sustained exposure to her screams. That might not sound serious, but that is science and fact. However, with or without the screams, it certainly does feel wonderful to see her playing the matches.

Why these players grunt and scream is something that is not clearly known or at least varies from person to person. Some say that it is the expression of the tremendous amount of pressure that they release when they strike the ball, and some say that it gives them some sort of extra magical power to strike the ball. The tennis boards have banned exceptional screaming as it is stated that it distracts the opponent player and sometimes it is believed that the players purposively make such sounds distract the opponent. Whatever the reason may be, these screams and grunts do sound hilarious and ridiculous at times. But, the players are so wonderful that you simply have to ignore the noise and watch them playing the most wonderful matches.

READ MORE  Poll 1 : Which is the Best Cricket Team in Asia ?

4 Things to Capitalize On for a Successful Workers Compensation Claims

Everyone Loves Online Therapy For Stress