Movies always have an impact on their audience.The impact may be good or bad.This totally depends on the script of the movie and the way the actors have presented the script.There have been a lot of movies in the Hindi cinema which have been loved a lot by the crowd.For a movie to leave a good impact on its audience it is important that the protagonist must be a good one so that he is able to leave a good impact on the minds of the audience.A good movie not only needs a hero or a heroin but,it also needs a good villain.Without a good villain the film seems to be boring and the audience eventually loses its interest in the movie.A villain must be a real bad ass and should act in such a way that the audience remembers him more than the protagonist.There have been a few such villains in the Bollywood who left a great impact on the audience.These villains are still loved by the audience.Here are 5 most famous villains of the Hindi  cinema :- 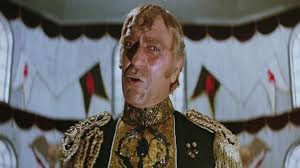 Amrish Puri(72) was a leading actor of the Indian cinema during the 20th century.He was born on 22 June 1932 in Nawanshahr,Punjab,India.He has worked in more than four hundred films.He is still known for his villainous works in the bollywood.His dominating and manly voice made him the best villain of that century.Amrish Puri is still remembered for his negative roles and the way he used to present them.Due to his acting skills and his voice,almost every Hindi movie of that century featured him as the villain.Amrish Puri is most famous for his role in Mr.India.He played the role of Mogambo in that movie.His other most famous roles are Balwant Rai from Ghayal,Baldev Singh from Dilwale Dulhaniya Le Jaayenge,Durjan Singh from Karan Arjun,Balraj Chauhan from Nayak and so on.Unfortunately,Amrish Puri died on 12 January 2005, due to cerebral haemorrhage resulting from complications of myelodysplastic syndrome.

READ MORE  How To Make Your CTV Video Work For You 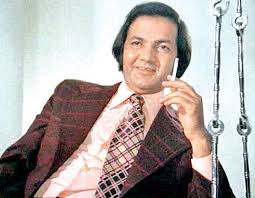 Prem Chopra(79) is an Indian actor who acted in leading Hindi and Punjabi films.Prem Chopra was born on 23 September 1935 in Lahore.Prem Chopra has acted in 320 movies.Despite being a villain in most of the movies,Prem chopra has a soft-spoken diction.He mostly had a villainous role in the movies which starred Rajesh Khanna as the leading hero.Prem Chopra’s best roles were in the movies Shaheed(1965), Upkaar (1967), Purab Aur Pashchim, Do Raaste (1969), Kati Patang (1970),Do Anjaane (1976),Jaadu Tona (1977), Kala Sona, Dostana (1980), Kranti (1981), Phool Bane Angaarey (1991).The dialogue form Bobby,”Prem naam hai mera,Prem Chopra” which meant “My name is Prem,Prem chopra”,is still a very famous dialogue. 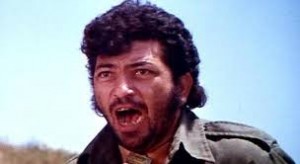 Amjad Khan(51) was an Indian actor and director.He was born on 12 November 1940 in Adezai,a small village in Peshawar,British India.He acted in over 130 films in his twenty years career.His first role was in the movie Nazneen(1951).He is popularly known for his role of Gabbar Singh in the movie Sholay(1975).This movie was the most successful movie of the century.His role in Sholay was an iconic one.He acted in such a brilliant way that it is not wrong to say that the his acting dominated over the roles of other actors in the movie.The most famous dialogue of Amjad Khan was “kitne aadmi the?”,which meant, “How many men were there?”In 1986,Amjad Khan had a near-fatal accident on the Mumbai-Goa road, when he drove his car into a tree while trying to avoid a boulder. The drugs administered to him caused a serious weight problem for the rest of his life. As a result of his increasing weight, he died in 1992 after suffering from heart failure at the age of 52. 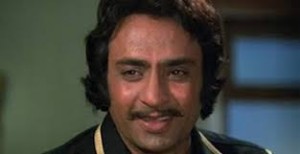 Ranjeet(68) is an actor in Indian films and television.His actual name is Gopal Bedi.He has mostly appeared in the villainous roles in his movies.He has acted in over 200 Hindi movies.Ranjeet was born on 12 November 1946 in Jandiala Guru,Amritsar,Punjab,India.He shot to fame after playing a negative role in the film Sharmeelee.His character name in more than 25 films was Ranjeet.He mostly played the role of a rapist.He was so much good at his roles that he is still remembered as the biggest rapist of that era in bollywood.He is a brilliant actor and justifies each and every role which he plays. 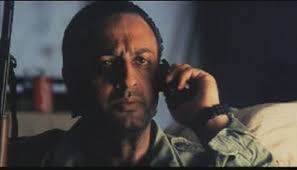 Gulshan Grover(59) is one of the most famous villains of the Indian cinema.He was born on 21 September 1955.He has acted in over sour hundred films.Gulshan Grover is known for his versatile acting and the way he presents his negative role.If the script demands,Gulshan’s negative role can be a funny one too and if the script demands then it can also be a serious one.Gulshan Grover is popularly known as the “Bad man” of the bollywood.He is famous for his role of Kabira which he played in the movie Hera Pheri.The way Gulshan Grover delivers his dialogues make him a real bad ass villain.