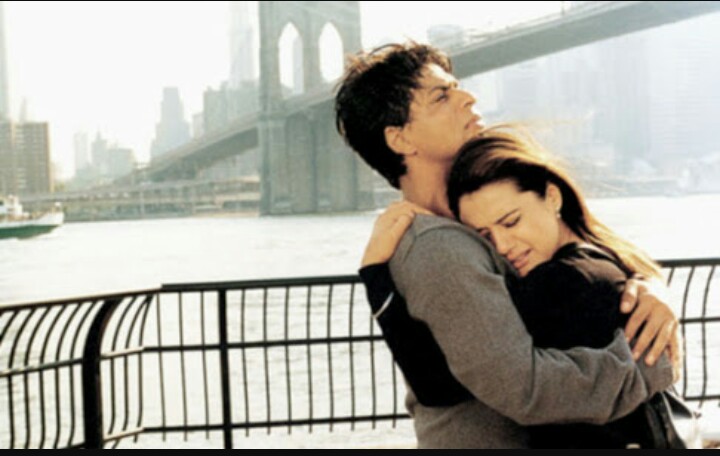 Happy Endings- that what  we all want. But love stories that are left incomplete have no end, neither happy nor sad. You can just cherish those moments and move on with life. Here are 5 love stories  that actually never ended for me.

“Tum hi ho” – the most romantic song ever belonged to this movie.  This romantic drama displayed the turbulent relationship between two musicians Arohi (Sharaddha Kapoor) and Rahul ( Aditya Roy Kapoor) . Rahul’s  journey of transforming Arohi into a great musician, falling prey to alcohol, failed career,  and love for Arohi led him to commit suicide. How lovable they story was. But addiction is one such thing that outgrows your love for someone. You become a victim of it and you just  cannot help it. Alcohol became Rahul’s weakness and Rahul became that of Arohi. Yet their love for each other was infinite and each song in this movie reveals their intense emotions .We still cannot forget the last time Rahul called for Arohi , which always was followed by ” Kya hua… Kuch nai bas yun hi. “ 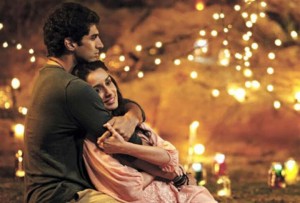 This Imtiaz Ali movie depicts the love between a  kidnapper and a hostage.  Totally strange yet beautiful in itself, this movie has Veera (Alia Bhatt) and Mahabir ( Randeep Hooda) as the lead. After the kidnapping, they constantly move from one place to another to avoid police. Lo and behold , Veera finds peace in her bondage and freedom in her abduction.  She also confides in Mahabir of her troubled childhood where she was molested by her own uncle. She concludes that the journey is beautiful and the roads are mesmerizing. She doesn’t wanna go back home, that home where she was molested and could not even raise voice against it. Despite taking shelter on a hill top, police manages to find them and shoots Mahabir. That moment was very disturbing because Mahabir came out as salvation for Veera. Disturbed b y this incident, Veera tells her family about her uncle and also her desire to leave home forever. This film was actually a discovery of inner self for Veera. It makes you think , smile, rejoice life and even cry. A.R. Rahman’s Maahi Ve and Patakha Guddi by Nooran Sisters topped the charts and hearts both that year. 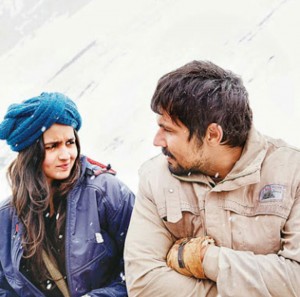 This 2013 period romantic drama was counted as the best movies of that year. The love story in the movie between a lootera and a rich girl is real and pure. Their bond over art and literature is depicted beautifully on the celluloid. But being a thief , Varun (Ranveer Singh )  ran away leaving Pakhi (Sonakshi Sinha) shattered and destroyed. A year later , Pakhi suffering from tuberculosis  lived  alone in Dalhousie all by herself. She decides that she would pass away the day the last leaf falls from the wilting tree outside the window. Destiny made Pakhi confronted by Varun again who decides to take care of her. Apparently, every night he used to paint a leaf and tie it to the tree branch giving Pakhi a hope for survival each new day. He said in the movie that he wanted to paint a masterpiece that the world would remember. Perhaps that leaf was his masterpiece. At the end he is shot down by the cops but I must admit we are all proud of his masterpiece.  And surely he died holding his head high . 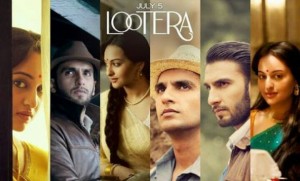 How far will you go  for the love of your family ? Death perhaps- said the movie. Citylights is one such movie that narrates the atrocities that poor people face in big cities. Veiled by lights and glamour, these big cities fail to throw light on  the dearth of morality and misery that poor people go through . How ironical it is. They come to seek a living here and then they are not living anymore.  Despite being so poor and hopeless, the love between Deepak (Rajkumar Rao) and Patralekha (Anwita Paul)  are high points of this movie . Deepak  was not a bad person ,it was Mumbai that made him bad. It made him a thief at the end but still he emerges as the hero.    Despite losing to death, Deepak manages to ensure a bright future for his wife and daughter . And the beautiful Arijit Singh’s voice in the song “Muskurane ki wajah Tum ho” steals half the show. 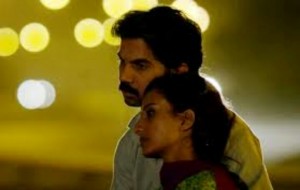 This movie perhaps holds a special place in everyone’s heart. A sweet  yet tragic love story that lost to a cardiac disease. Naina (Preity Zinta), a depressed, introvert girl finds life after meeting Aman (Shah Rukh Khan), her neighbour. She starts smiling, dancing and enjoying life to the fullest and yes she also fell in love with Aman.  Aman who actually suffered from a fatal disease also had  feelings  for Naina but did not tell her about it to save her from a life of loneliness and despair. So he acts a pair maker and get Rohit (Saif Ali Khan) married to Naina. It was really heartbreaking to see Aman dying , helpless and weak. The movie was a Blockbuster in India and an All-time Blockbuster overseas. This movie also won 2 National Awards and 7 Filmfare Awards. It was indeed the last film to be produced by Yash Johar before his death.  No matter what others say, Kal Ho Na ho strikes a chord and those who have loved and lost can actually get the beauty of this movie- Shah Rukh Khan’s dialog “ Aaj.. Aaj ek hasi aur baant loon… Aaj ek dua aur maang loon… Aaj ek aansoo aur pee loon.. Aaj ek zindagi aur jee loon….Aaj ek sapna aur dekh loon….Aaj…Kya pata Kal Ho Na Ho!” – A Story of A lifetime…in a heartbeat.