2015 has been a year of celebrity marriages yet. Many Indian celebrities have tied knots with their soulmates and are happily married couples now. 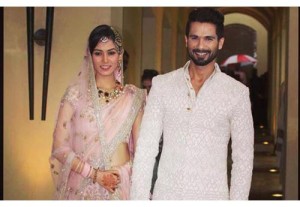 Shahid Kapoor, the heart throb of millions of girls in India got hitched to a delhi girl, Mira Rajput on 7th july,2015. The marriage was held in Gurgaon, Delhi with only a few guests. It was a simple gurdwara wedding. There was also a sangeet ceremony where Shahid and Mira performed. Shahid Kapoor was caught hugging his bride after the performance. It was an ‘awww moment’ for all the fans. Mira wore a very pretty pink lehnga and looked very beautiful. The wedding reception was held in gurgaon on 7th july in the evening. 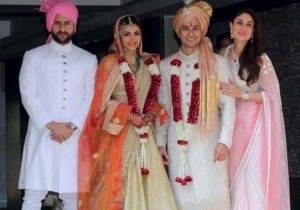 These two actors were dating each other from 2009. The nawabi princess Soha and Kunal met at a film set. they fell in love within no time. They dated each other for many years and finally got married on 25th January,2015. Kunal proposed Soha in a very romantic way in the streets of Paris, Which is indeed the most romantic place. Soha said yes in a prompt. They got engaged in the year 2014 and married in january 2015. It was a simple marriage held in the presence of the family members in the Khar residence, Mumbai. 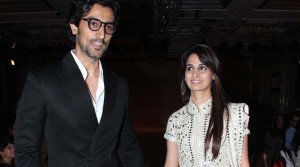 Naina Bachhan, Niece of Amitabh Bachhan tied a knot with Rang De Basanti actor Kunal Kapoor on February 9, 2015 at Seychelles Islands. It was a secret wedding that took place in the presence of the families of the couple. Both of them got engaged in the year 2014 and the wedding was confirmed when Kunal thanked all the people for their wishes on Twitter. Kunal and Naina have a very beautiful love story. They were dating each other from 3 years and were found together at many places after their engagement. 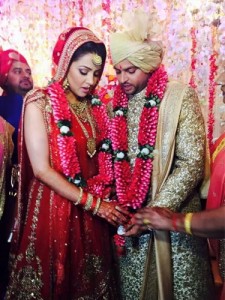 The famous and talented Indian cricketer, Suresh Raina married his childhood friend Priyanka Choudhary who is an IT Professional from U.P. The marriage was lavish and grand with guests from all over the industry and cricket fraternity. They knew each other from childhood but they had not met each other since long. Suresh’s mother fixed their marriage when Suresh was out for a cricket match. The couple is made for each other. The marriage was held in The Leela Palace in new Delhi. 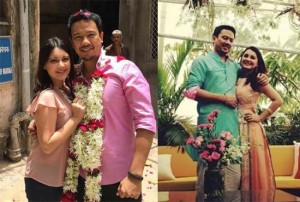 y
Kidnap actress Minissha Lamba got married to Ryan Tham, Pooja Bedi’s cousin on 6th July,2015. It was a court marriage followed by a grand lunch. It was a low-profile wedding that took place in the presence of only the closest people. Minissha and Ryan were dating each other since 2013. There were many guests including Diandra Soares, Hema malini, esha deol etc., invited at the lunch.