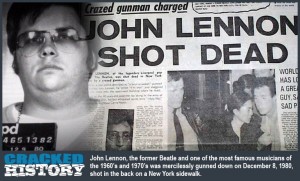 The founder of the band ‘Beatles’ was assassinated by a man named Mark David Chapman in 1980 in front of his apartment in New York City. Along with the worldwide recognition of this band, John’s remarkably candid responses became a topic of discussion for the folks of New York City.

He was criticized for profanity when in 1965, he remarked that the “Beatles were more popular than Jesus”. He faced unnecessary hurdles while obtaining the Green Card because the Government was suspicious of his motives. Till now, some believe the murder was carried out unassisted by the mentally disordered man while others claim it to be a subterfuge used by the Government.

The obvious killer of the legend that gave India its well-earned Independence was Nathuram Godse. Mahatma Gandhi was criticized for his silent acquiescence to the partition of India into separate Hindu and Muslim state and his involvement in the release of ₹55 crore to Pakistan by the Government.

But facts and findings suggest Gandhi ji did not trigger such an act by the Government neither was he alone to have succumbed to the idea of partition. What led Godse make such a grotesque attempt is still unclear and the fact that the assailant is still not considered a zealot by numerous people raises questions over what resulted into this infamous assassination. Whatsoever, this particular killing will continue being a part of India’s psyche. 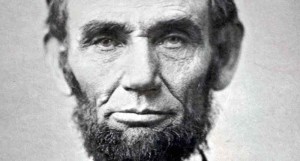 All hell broke loose in United States on April 14, 1865 when John Wilkes Booth using his single-shot derringer and a knife assassinated Abraham Lincoln at the Ford’s Theater. The brutal killing took place only 5 days after the American Civil War ended. The incident shook the nation as the victim and the assailant both were widely known. Even though the fanatical Southerner was a racist he also was an eminent and personable actor and certainly not a lunatic.

Hours before the killing, he had contacted the Vice-President Andrew Johnson which raises questions on the nature of the assassination. Historians and writers still have strong suspicion clogged by strange dubieties. The speculations on whether the assassination had emanated from Booth’s rational thoughts or was a part of a bigger plot continues to exist.

Another shocking assassination for the US people to cope with was of John Fitzgerald Kennedy on November 22, 1963, in Dallas, Texas. The assassin Lee Harvey Oswald sniper’s bullet shot the president to death as he rode in his open-top convertible. In the following 3 years many of the witnesses who claimed to have described the incident died untimely and inexplicable deaths.

The presence of the First lady Jacqueline Kennedy in the motorcade, who seldom partnered the president on official occasion, rose questions. A dispute soured relations between US and soviet Unions supports the suspicion that the Soviet Union might have been involved in this hideous act. Vice President Lyndon Johnson who was sworn in as the president after the assassination, is also believed to have plotted the whole conspiracy for the successful assassination by hiring the hit man Malcolm Wallace. The exact cause and nature of this gruesome act remains shrouded in the deepest obscurity.

The period of Indira Gandhi’s prime minister ship was full of controversial and significant for India. Incidents like Emergency, JP movement, Bangladesh Liberation War, the death of her elder son Sanjay Gandhi and Operation Bluestar had a widespread ramification in the country.

One of them, the Operation Bluestar was done in retaliation of the Khalistan Movement in Punjab, lead by a Sikh militant Jarnail Singh Bhindrawale. He was the leader of Damdani Taksal and supporter of Anandpur Sahib Revolution. Along with his supporters, he had occupied the Golden Temple Akal Takht making it a center of his revolution demanding an autonomous state for Sikhs.

PM Indira created the mission to evacuate them from the holy place, whose occupant was something between a saint to a terrorist. General Kuldip Brar was the one responsible for carrying it out after she failed negotiation. Firings by Indian Army took several lives, including innocent pilgrims and Sikh militants.

This destruction of Sikh’s holy ground had severely affected their religious feelings. Vengeance was in the mood of Indira Gandhi’s personal Sikh bodyguards Beant Singh and Satwant Singh who fired 33 rounds of bullets into Mrs. Gandhi that left her dead in the morning of October 31, 1984. This was one of the major assassinations in India after Mahatma Gandhi and had raging maniacal outcomes. Anti-Sikh riots had plagued the country and thousands lost their lives in the wake of this lunacy.