This era is a age of new young actors and the bollywood is welcoming them with big hearts. Most renowned Bollywood superstars Amitabh bachchan , SRK, Salman khan, Ajay devgan, Aamir khan, Akshay kumar have already achieved the status of biggest superstar but now have grown a bit older . in this new era of young superstars with best of talents , the question that arises is ,who will be our next bollywood superstar???

After a complete survey ,sources say that David dhawan’s son, VARUN DHAWAN ,will be our next bollywood superstar.

Here are some facts that proves Varun dhawan will be our next superstar of bollywood. 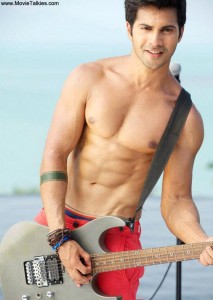 Though this actor did his debut in student of the year with Alia bhatt and Siddharth malhotra, who both also had a debut, Varun dhawan better managed to stand out. He has entered bollywood not as a newbie but as a trained professional. Not only he managed to carve a niche for himself, but also gave back to back solo film hits – Badlapur, Main tera hero , Humpty Sharma ki dulhania and ABCD2. The success of these movies proves that this hero is here to stay in this industry. 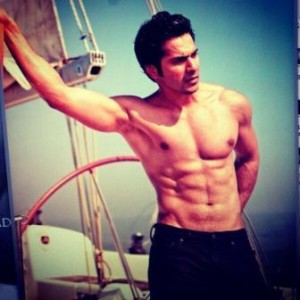 Varun dhawan has a ripped gymatic physique, sexy 6 pack abs and toned body ,for which girls die for and yes he flaunts his hot body in films and as wellas in magazines. His jawdropping photoshoots for magazines makes his fans go asking for more. After Hrithik roshan and salman khan he is said to have best body in bollywood . With 1.86 million fans on twitter and 1.44 million on facebook, this main tera hero actor proves to have massive fan following over social media. 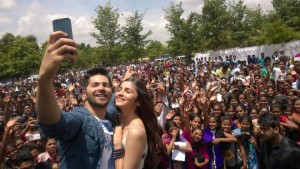 Though the actor is still new, his fan following is only increasing with every passing day. This guy is quite regular on social media and gives healthy replies to his fans. This man , for the promotions ,targets big college campuses, interacts with his fans , do Q&A sessions, post selfies and groupfies with fans on social media and pulls the crowd towards himself. Apart from this, he also speaks up on issues and interacts with his industry colleagues on Twitter, which proves him to be no less than a real superstar. 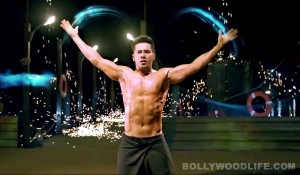 This actor started his career as teeny romantic hero in the film SOTY, but after a big success tried his hands at comedy in his father’s movie ‘main tera hero’. His acting not only made the film successful but also won many hearts. His acting in comic role was really commentable and sometimes even reminded of Govinda . After this, he did humpty Sharma ki dulhania , which though had a normal ordinary romcom script but his chhichhora chhokra acting made it look fresh  and yes,again, this film was a super duper hit. From this film we came to know that varun has a potential to adapt to different styles . After doing these cool dudes film , Varun did badlapur , in which we came across his opposite, negative and  grey side  which allowed us to see a new avatar of this boy. Again ,this film was a blockbuster hit and actor was showered with lot of appreciation. After doing story based movies, he did a dance movie in which we came across his professional level jaw dropping dance.

So, in short , this guy can do action, comedy ,dance ,thriller,romcom , basically he is an allrounder. 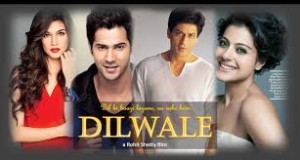 The actor will soon be seen opposite kriti sanon with big co-stars shahrukh khan and kajol in upcoming film dilwale . another movie with alia bhatt ‘shuddhi’ and a remake of chetan bhagat’s novel ‘ half girlfriend’. From this schedule of upcoming movies , it is clear that this guy is working on big projects with big stars and is on the road to learn to achieve the title of bollywood biggest superstar!