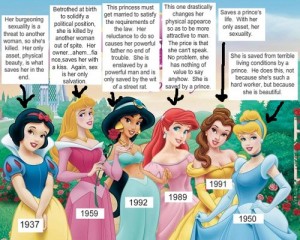 Feminists have often criticised Disney’s multi-billion-dollar empire for promoting unreal ideals of beauty among little girls. After all, we all know how beautiful Snow White was, or how the prince fell in love at first sight with Cinderella. The tales of Ariel, who sacrificed her voice to be with the man she loved is also well known. However, with scholars advocating a fourth wave of feminism, popular culture seems to be adjusting according to the need of the hour. We have princesses who are the heroes of their own lives.

Let us take a look at 5 Disney princesses, who were not just damsels in distress, but the protagonists of the story in the true sense. 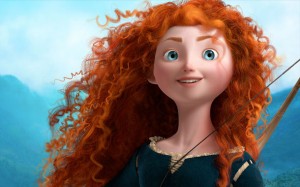 The collaboration between Disney and Pixar resulted in something unique, the film “Brave”.  The protagonist of the story, Princess Merida, was not known for her charm or beauty. Although a princess by birth, in true sense, she could only be described as an adventurer, who spent most of her days practicing archery, riding her horse Angus, and exploring the world around her. She embodied qualities like independence and wanted to control her own destiny. 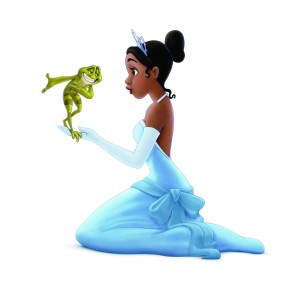 With Princess and the Frog, Disney made us hope, yet again, for diversity in popular culture. We got our first ambitious black protagonist in the form of Tiana, a regular girl who works two jobs in order fulfil her deceased father’s dream of raising enough money to turn a rundown sugar mill into a restaurant. When someone else outbids Tiana in purchasing the mill, she kisses a talking frog, who is supposedly Prince Naveen, after he promises her the money she needs for the restaurant. However, she herself is transformed into a frog and then embarks on a journey of self discovery. 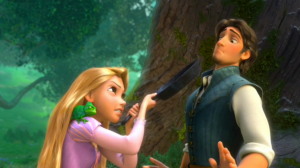 Rapunzel, Rapunzel, let down your hair, so that I may climb the golden stair.

Everyone knows the story of Rapunzel, the beautiful princess with lovely golden hair who was stolen by an evil witch. In 2010, Disney released a film based on this princess. Only, it was Rapunzel with a twist. The protagonist was the story was not a dreamy, unaware girl. It was a girl who wished to find out more. She was driven by curiosity and managed to rely on herself and not her male counterpart to get out of tricky situations. In fact, there is a scene where Rapunzel uses a frying pan to fend off the villains who were chasing her. How cool is that?

The film frozen redefined everything that Disney had previously promoted. It blatantly made fun of “love at first Sight”, it featured not one, but two lead female protagonists and to top it all off, the film focused on the beautiful relationship shared by two sisters. Loosely based on Gerda, a character of the Danish fairytale, the snow queen, Anna, the younger sister, was far from perfect. She did not sleep with makeup on, she drooled and constantly tripped over. Most of all, Anna sets off on her own to right the wrongs she did. If this isn’t enough, she actually saves the life of Kristoff, an ice trader, when they embark on a journey to bring back “summer”.

Princess Elsa was born with the power to create and control ice and snow. Despite being “special”, she began to fear her abilities after she accidentally struck her sister with her powers when they were playing one day. Her powers are kept a secret by her parents, even from her sister, which leads to the two of them being distant. An unfortunate accident leads to the death of her parents but Elsa never discloses her secret. On the event of her coronation, her powers are revealed in front of everyone. Scared and desperate, she rushes to the mountains and sings a beautiful song.

“It’s funny how some distance,
makes everything seem small.
And the fears that once controlled me, can’t get to me at all
It’s time to see what I can do,
to test the limits and break through.
No right, no wrong, no rules for me.
I’m free!”

The song stands for emancipation of women in general and Elsa’s decision to be unapologetically herself sends a very powerful message to the audience. It tells them that women, if given the opportunities, can break free and achieve results people did not think was possible.