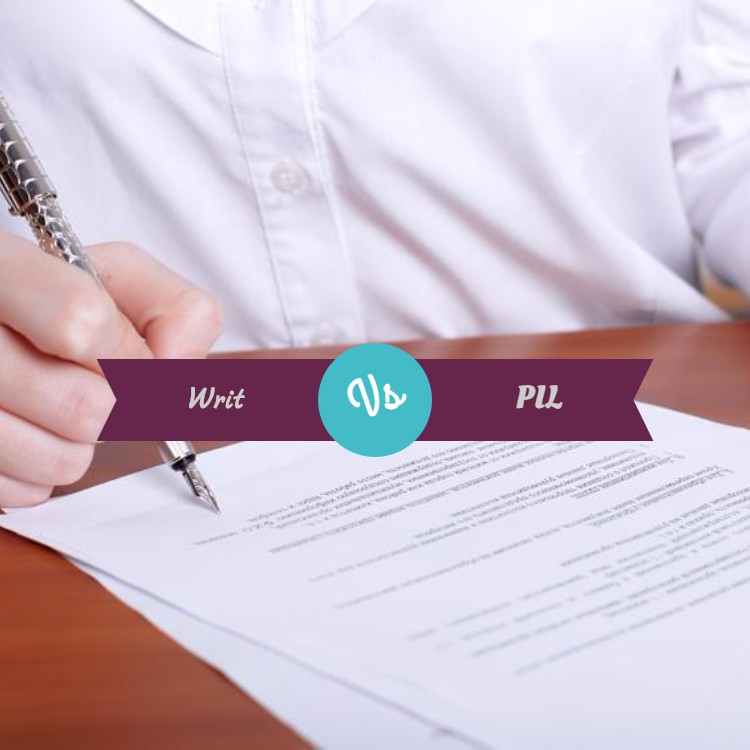 As we grow old, sooner or later our parents assure that we know how the transactions at the banks take place, how to go alone and shop for groceries and things alike thinking that if we are putting up alone for some reason we know to take care of these basic things. But along with them, a basic knowledge of a few legal terms and how they function are also important in today’s times. The two such legal terms are Writ and PIL.

A Writ is an order made by the court in the name of a person involved to either perform a particular action or abstain from doing it.

Whereas, PIL (Public Interest Litigation) is a form of writ where an action or law is framed for public convenience. It directly joins the public with the judiciary. In PIL, the court has given the public the right to file a suit.

Let us read the 5 differences between a Writ and PIL to have clarity.

#1. Writs are filed by institutions or individuals for benefit in their own cases, whereas, PIL is an application that is filed by any citizen for easing out any undue botheration or inconvenience faced by the public at large. Public interest litigation is not defined in any statute or any act. It has been interpreted by a judge to consider the intent of the public at large. The following are the various areas where a PIL can be filed against State/Central Govt./Municipal authorities or any private party.

(a) If there’s abuse of elementary human rights of the underprivileged.

(c) To force municipal authorities to accomplish a public duty.

(d) If there’s violation of religious rights or any basic fundamental rights.

#2. Writs are issued by the Supreme Court of India under Article 32 and Article 139. Writs can be issued by the High Court of the States under Articles 226. On the other hand, PIL’s are applications/writs that are filed by any citizen for easing out inconvenience faced by the public at large and they are not defined in any Statute.

#3. The process of filing writ is expensive, complicated and time-consuming. But in PIL, the process is cheap and simplified. Also in PIL, the rule of locus standi, that is, the right to appear an action appear in a court, is relaxed, which is not the case with Writs. In writs. the locus standi is followed.

#4. In Writs, the evidence is strictly examined, whereas, in PIL, the evidence is narrow and doesn’t involve as many technicalities as there are in the Writs. For example; PILs can be presented by anybody whether they have suffered or not. Other people can also file no matter if they have an interest in it or not. While Writs can be filed only by the aggrieved party.

#5. The subject for which the action is demanded is of public interest in PIL, and the judgment and view of a judge are very crucial as it concerns the national welfare. In Writ, the subject matter is of private interest, and judges’ work is just to examine the evidence.