The Dark Knight trilogy is one of the best superhero movie series ever.It is based on the life of the DC comic character Bruce Wayne i.e. Batman.This trilogy was directed by Christopher Nolan.Christian Bale plays the lead role of Batman in this trilogy.This series starts by telling how the Batman originated,how Bruce Wayne’s parents died,his fear of bats and his journey from Bruce Wayne to The Dark Knight or Batman.The first movie in the trilogy was released in 2005 by the name of Batman Begins.In this movie Batman fought against Scarecrow and Ra’s al Ghul to save Gotham.The second movie of the trilogy was The Dark Knight and it was released in 2008.This movie was the first Batman movie that was not having the word “Batman” in its name.This movie is considered as the best superhero movie ever.In this movie,Batman fought against The Joker and Harvey Dent or The Two-Face.This movie was the most sensational superhero movie.The last movie of “The Dark Knight trilogy” was released in 2012 and the name of the movie was “The Dark Knight Rises”.Bane was the villain of this movie.This movie was also a great success like the previous two movies of the trilogy.These movies were famous because of the acting skills of the actors and the great stories.Besides these factors,the trilogy was also a success because of the  dialogues in the movie.The dialogues in the movie were sensational and are remembered by the fans even now.Some of the dialogues of the trilogy had a deep meaning in them.Here are 5 such dialogues of the “The Dark Knight trilogy” that had a deep meaning in them:-

READ MORE  7 Pc Games You Must Play Once In Lifetime

1.”Why do we fall sir?So we might learn to pick ourselves up.”

2.“You either die a hero or live long enough to see yourself become the villain.”

This dialogue was spoken by Harvey Dent in the 2008 movie i.e. “The Dark Knight”.He spoke the harsh reality of life in this dialogue.A person is considered as a hero if he does something good for someone.If the person does something bad to you then you consider him as a villain.There are times when you are a hero for someone but gradually you become a villain for them due to some reasons.You either die as a hero for someone because you have not known that person truly or that person is also doing good to you.If you keep doing good to that person till the end,then you die a hero for them.If this does not happens,you come to know their reality and what they really are,you start doing bad to them or stop doing the good things you used to do for them.In this case,you become a villain for them.Hence,you either die a hero for them or live long enough to see yourself become the villain for someone.

3.“If you are good at something,never do it for free.” 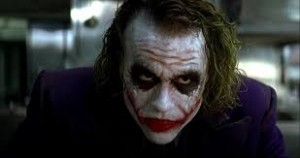 This is one of the most famous dialogues by the Joker.The dialogue was used in the second movie i.e. “The Dark Knight”.This dialogue has a meaning that everyone must understand.One should not let his talent go waste.If a person is good at something everyone needs the person to do that thing for them with that perfection with which he does that for himself.So,if everyone needs him to that thing for them why should he just provide them and not himself as well?In some cases people start taking advantage of your talent and hence,they just use you and when you realize this thing,you feel like you have been fooled.So,instead of that if you make your talent as your profession then you will be successful in that.Hence,you will make the best money out of it.

4.“In… you see,in their last moments,people show you who they really are.”

This dialogue introduces you to the real world in which we actually live.This dialogue was spoken by the Joker in the 2008 movie “The Dark Knight”.Most of the people in today’s world fake about what they are  and create their false impression in the society.Even most of the people you know act in a faking manner in front of you.But if you stop fulfilling the purposes for which they are faking,they start showing you who they really are.These are hence there last moments because after these moments they do not need you any more.They know that once you have stopped fulfilling their purposes,you are of no further use to them and hence,they show you who they really are.

READ MORE  5 things you did not know about Batman

5.“A hero can be anyone. Even a man doing something as simple and reassuring as putting a coat around a young boy’s shoulders to let him know that the world hadn’t ended.” 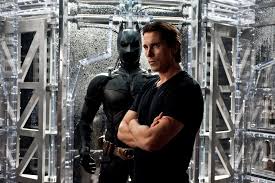