Traffic jams the biggest nightmares in the cities. It is said on an average a person living in city spends 27 minutes of his time in traffic jams. If this time is put on productivity the GDP of the nations will rise 14% more than the expected or set range. There is another research which states that nearly 4.5 million gallons of fuel is being burned across the world due to traffic jams in a day. Traffic jams are eminent and unescapable in the cities especially in those cities where people commute more in their own vehicles than in public transport. There could be many reasons for the traffic jams call it the bad city planning or bad roads and narrow cuts etc.., sometimes the weather could be the reason for the traffic jams (one such example being the slowdown of traffic during rains). So how many hours a typical traffic jam could last? You blaming me for using the word hours here? Here are those 5 longest and biggest traffic jams in the world which lasted for days. Yes you read right it is days indeed weeks.

This traffic jam holds a Guinness record for the longest traffic jam (distance wise). Almost this traffic jam has lengthened to 107 miles which is 2/3 of the distance between Lyon and Paris. This traffic jam happened because of bad weather however sources say that the road has to witness a lot of vehicles than the usual volume. The thong of Parisians went for a vacation to the Alps and drove back to Paris on their back route where they have experienced the bad weather conditions which lead for the traffic jam which lasted more than two days. 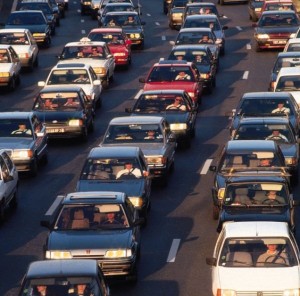 More than 18 million cars were stuck in the traffic. Those were the days of fall of the Berlin wall and many Germans want to connect to their loved and dear ones during the Easter. The roads has to witness a huge number of vehicles and adding to this the bad weather and snow fall added more trouble to the scene. The traffic congestion has lasted for more than 3 days. 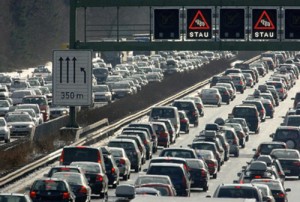 The famous North American Blizzard which has impacted more than 100 million people in North America. On Feb 1st of 2011 a 20 inch snow fall is reported in just 45 minutes in the Chicago city. The cars were struck in the snow and the roads are almost not favorable for the commutation. Panicked by the snow fall the vehicle commuters stayed in the car and waited for the traffic to clear. It lasted near to 3 days. This is one of the worst day that Chicago ever faced. Errr!! 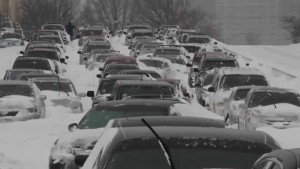 An example of bad organization. This record holding traffic jam which happened in Bethel during the famous Woodstock festival is epic. The car parking was only planned for 25,000 cars and however the show has witnessed many more people piling up on the roads. The 17B highway which leads to Woodstock festival is jam-packed and nearly more than 350,000 cars were stuck in the traffic for 5 long days. Thankfully from next year the organizers planned the event well. 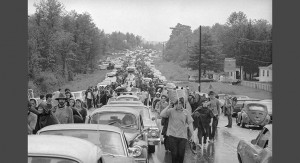 The biggest traffic jam ever in the world which lasted for more than 12 days. The entire Beijing – Hong Kong – Macau highway is packed with cars. The problem raised when more than 750 million (which is half the china’s population) have been to holiday because of the Golden week and the traffic got piled up on the penultimate day of the holidays closure when these people tried to enter the city. The Beijing city is also not designed to handle the heavy traffic at once. Allowing heavy trucks from coal mines has also caused the problems where the average speed of trucks are not more than 60Kmph. The commuters have witnessed many problems where the food and water prices were doubled and tripled depending on demand on the roads. Though the china has tried its level best to clear the traffic this traffic jam stands in the history as a prototype of bad city planning. 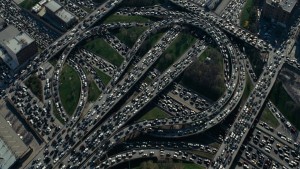 So did you also experienced such traffic chaos in your city? Then do comment about your experience in the comment section below.