Warren Buffet
One of the world’s best philanthropist and investors of all times, this Berkshire Hathaway boss is no less than a living legend. Not just a leading magnate, he is counted as Earth’s 12th Most Powerful Man. His diversified company that deals with a multitude of subsidiaries right from retail, railroads, publishing, manufacturing to oil and gas. A cheeseburger and coke lover has donated billions in charity. Surprisingly, he made his first investment at the age of 11 and always knew he is going to be very rich someday. Spending most of his time on reading, Buffet believes Gold to be a bad investment. Writer of several popular books like “The Intelligent Investor”, “The Essays of Warren Buffet:Lessons for Investors and Managers”, and more, are taken as Bible for those who wish to be rich. His admirable frugality and smart statements make him a God of wealth, who is too humble to use Nokia flip-flop phones, and avoids the luxurious stereotypes. 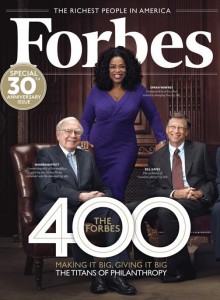 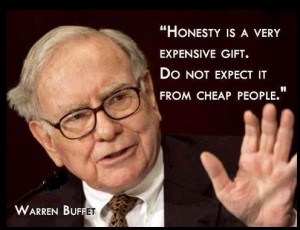 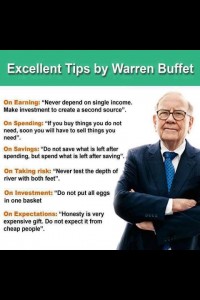 Bill Gates
Not just a name, but an everlasting brand. He is an example to every child, youth or old. World’s richest man is truly one of the most talked about billionaire of this planet. Microsoft is that company which revolutionized generations and given true meaning to computing. A strategic and innovative Gates is an entrepreneur, investor, computer programmer, philanthropist, and inventor. His Melinda and Bill Gates foundation has helped wiping several chronic problems from the face of the earth and is always active in working on serious causes. He says that Tic-Tac-Toe was the first program he created. Born into a middle-class family, the first breakthrough of his life was when he created “Traf-O-Data” making a profit of $20,000 with his friend Paul Allen. A Harvard University drop-out, he presently has several honorary doctorate degrees from universities throughout the world. One of the most powerful men on earth, he is called the software architect of the world.

READ MORE  The Top 10 Things You Should Never Google 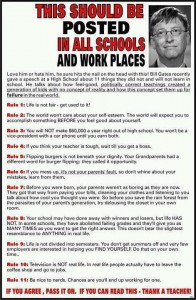 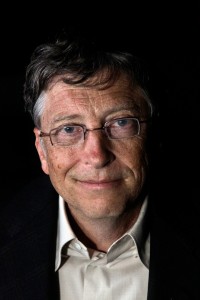 Jeff Bezos
The pioneer of e-commerce business is an extraordinary genius. After studying computer science and electrical engineering at Princeton University, he began to work at Wall Street but soon left it to begin his journey towards world’s best online buying platform. Starting his bookstore in a garage with few employees and trying a hand at the nascent e-commercial space was a herculean task back then. He opened Amazon.com in 1995, presently this enterprise is a massive global giant which sells from anything to everything. One of his best-selling product and innovation is the Kindle e-book reader, that became a mega success. Right from buying The Washington Post to experimenting with delivery drones, this man has achieved all possible fame. Currently world’s 15th richest man, Jeff Bezos believes in taking long term decisions of life. 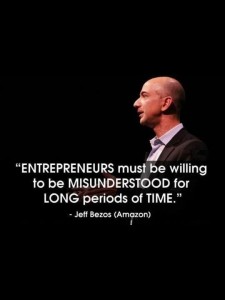 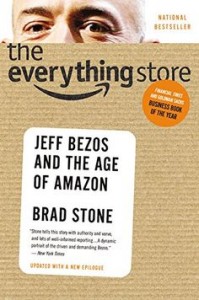 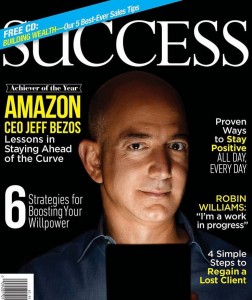 Mark Zuckerberg
Another fiery Harvard drop-out, Mark developed Facebook.com in his college dorm. He made a site which is known for it’s the fastest growth in the world. He is the man responsible for changing the face of social networking. The creator of early music software Pandora (named Synapse by him), his software received offers from tech giants like AOL and Microsoft. Not succumbing to those lucrative conglomerations, he formulated the site Harvard Connection for the college students. His next step was Facebook, a post which he left the college. Today, he is one of the most admired programmers around the world. His philanthropic works and humble personality makes him immensely popular. This internet entrepreneur is world’s 16th richest man, his recent IPO of facebook was valued at $16 billion, the highest on earth. Through high-profile acquisitions of Whatsapp instant messenger, photo-sharing app Instagram, and virtual-reality start-up Oculus Rift, Zuckerberg has proved his ever-growing might and influence in the world of internet business. 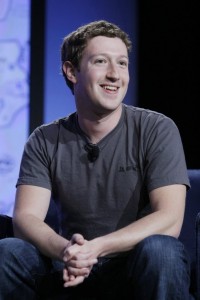 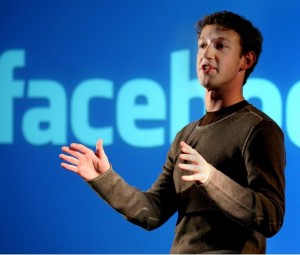 Richard Branson
One of the most flamboyant and lively businessman of this era, Branson is the founder of Virgin group. Very few people know that he was suffering from dyslexia, the reason of his high-school drop-out. He started a youth-culture magazine at the age of 16, following which he found a mail-order record company Virgin. When Virgin Music saw Rolling Stones and Genesis among it’s followers, he began expanding and at present his Virgin Group comprises of 400 companies with a global presence. Known for his sport achievements and contribution to entrepreneurship, Richard Branson is a self made man, he has exotic business of airlines and cruises. Himself an owner of two expensive private islands, he truly deserves his luxuries. 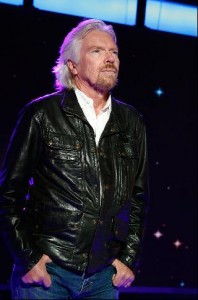 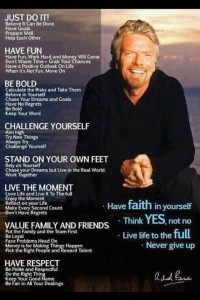 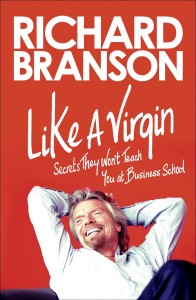