India is a nation famous for its culture,tradition,monuments,hospitality and a lot more things.India’s culture and traditions are unique.People all over the world visit India to see the vast culture and the unique traditions of our country.Despite having such unique traditions and culture,the are a few habits that are practiced by the Indians due to which the pride of our country is gradually falling.These practices might appear cool to the ones  who are performing them but for others,these practices are just disgusting.These activities performed by some of the Indians makes everyone look at them with disrespect and disgust.Here are 4 such things that we Indians do and should stop doing them immediately :-

1.Spitting on roads and other place 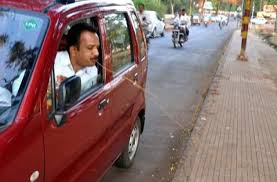 More than 70% of Indians can be seen spitting on the roads and other public places.When such people make a plan of spitting somewhere,they never give a second thought whether someone is standing there or is someone coming,they just spit.These kind of people have a perception that this activity makes them look cool in front of others but,this is the most disgusting thing one can ever do.It is usually a perception that this disgusting act is only performed by the people who are less educated but, in actual,even the highly educated people are also seen spitting in the public and on the roads.This makes the roads look dirty and leaves a very bad impression on the minds of other people.Unfortunately,no one takes action against such people and they get the courage to make the roads and other places dirty. 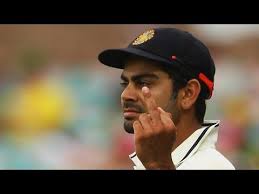 We Indians are masters at abusing people and even at inventing new abuses.Most of us have a habit of abusing in public places.One abuses because either he is thinking that he looks cool by abusing or he is having some anger.Abusing is considered as one of the best way to express a person’s anger,but this method of expressing anger leaves a negative impact about the person’s image.Some people abuse in public or in their circle thinking that it may make them look cool and smart.But the reality is that it creates a bad image of the person who is abusing.People look at the person with disgust and their respect for that person deteriorates.Abusing not only creates a bad image about the person.Sometimes,abusing in public or abusing someone may lead to quarrels which may cause other problems too. 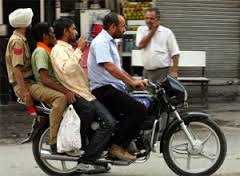 Breaking traffic rules is indeed one of the most favourite hobby of more than 80% Indians.We can easily spot people not wearing their helmets while driving their bikes or scooters.Indians are usually fond of crossing the traffic signal while the light is red.Some people have the habit of driving in the wrong lane and hence causing trouble for the one’s who are driving in the correct lane.This practice of breaking the traffic rules is dangerous for the people themselves and even for  other people on the road.These activities like breaking the red signal,driving above the speed limit,driving in the wrong lanes etc. may lead to dangerous traffic accidents.Although a lot of such cases are highlighted  daily in the newspaper,no one pays any head to such news and continue driving in this fashion.This activity of the Indians is the biggest bane for them and other people driving along with them on the roads. 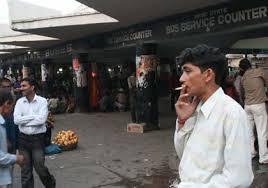 Smoking in public places is same as abusing in public places,the people who are smoking think it is cool but in actual it is a very disgusting act.Smoking leads to various diseases related to the respiratory system.Smoking reduces the life span of a human being.People find it cool to smoke in public thinking that it will make them look manly but, it disturbs the non-smokers.Smoking in public not only affects the smokers but also the non-smokers.Non-smokers who are exposed to the smoke of the cigarette are termed as “passive smokers”.According to studies,even passive smokers are prone to dangerous diseases  related to the respiratory system.Children who are exposed to the smokes may have asthma or other diseases in the future.Smoking in public places is the worst habit a person can ever have.We Indians should quit this habit as soon as possible.

READ MORE  Top 10 Ways To Be Happy And Energetic Throughout The Day.

How to increase your height as an adult