Chennai is trembling like a leaf due to palpitate rains. It has rained 112cms from last one month which is a record until now. The entire city is darkened with clouds and thunders are lightening every corner of the city. Many residents were starving for food. The houses were drowned. The people are literally battling a war with rain for their survival. The lakes are over flowing putting the city and people into more danger. There isn’t any transportation available and for the first time ever Airport has been closed and all services has been cancelled. We know Chennai as that city which is well known for its humid conditions and hot temperature. Floods are not new to Chennai but this time it is more than expected. Well, for every occurrence there is a reason, similarly there were reasons for Chennai being drastically effected by the floods. So let us have a sneak peak for the reasons.

4) No improvement in Infrastructure

Chennai homes more than 1 crore population. The city has been drastically improved from the past four years and real estate has seen some new turns in the city. There wasn’t any keen interest on the infrastructure development with the growing pace of city. The outskirts of the city which hosts many software companies still doesn’t has those proper drainage system and even proper roads which could address the basic needs of the people, forget about the floods. 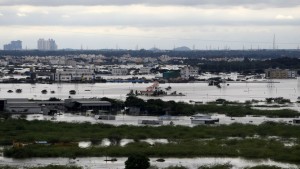 3) The banks of rivers were occupied making the rivers narrow

Three main rivers flow through Chennai namely Kuvam, Adyar and Kosastha Talayar. These three rivers play a major role in moving the flood water into Bay of Bengal. These river banks were occupied by occupants which eventually has narrowed the river flow. This is one of the main reason for the flood water to get stragmented. There was no proper care taken on the Buckingham canal which is also a major path leading the flood water into the sea. 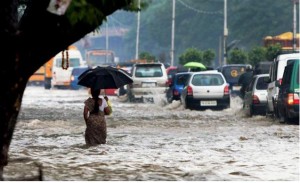 Chennai has more than 600 lakes but now the number has fell down to 10. The lakes were eventually being piled up and massive construction took place on these sites. Velachery which is one of the most important places in Chennai is developed on wet soil. Velachery is more than 5500 hectares and it is completely on lake only. Usually the land here absorbs the water when the floods arrive. As now the land has been filled with constructions the water is not getting sinked 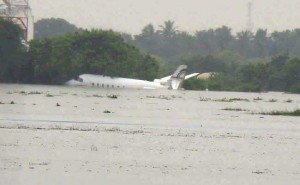 The drainages in Chennai are filled with sediments and these sediments are blocking the water. Under central government scheme during the last government tenure in Tamil Nadu a project which is meant to improve the drainage system which could hold on any level of floods is initiated. Eventually this project has sent into racks once after the new government has taken charge. The industrial wastes and all other wastes are also being sent into the same drainage which is meant to deal only the flood water.

READ MORE  5 comparisons between Bengaluru and Hyderabad girls - Who are best ? 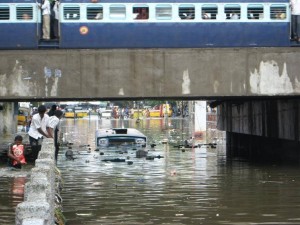 Man would have won on many things but he has to submit himself before nature. It is time for us to learn lessons from countries like Japan which is well versed to handle any natural calamities.