Stereotyping seems to be the favourite pastime of Indians, as a result of which many stereotypes have been born like that of Biharis, Sikhs, etc. Sardarji jokes are one of the famous category of jokes and on the tongue of everyone so it seems. Jokes are meant to be enjoyed but it should not be on the expense of someone’s honour and respect. Stereotypes of sikhs have been established as such to portray sikhs as the naive, violent and unintelligent people. But what astounds me the most is that the amount of ridicule the enterprising groups are subjected to.

‘What is the best way to handle an enterprising group- let’s make fun of them’- the perfect solution, isn’t it? Well so it seems with the making and continuing of stereotyping various groups and communities of India.

One of the most famous Sardarji joke is the 12o’clock joke. ’12 baj gye kya Sardarji?’ or ‘Is sardar ke toh 12 baj gye’ are the famous quotes of the people wanting to make fun of the Sikhs. But how did this joke originated? What is the significance of this 12o’clock in the lives of Sikhs? People make fun of Sikhs with this joke and Sikhs get annoyed and infuriated with it. If the ones making fun know about this ‘12o’clock history’ they would respect Sikhs and the ones on the expense of this joke is being made, i.e. Sikhs , come to know about the fact of 12o’clock would stop getting annoyed and will actually feel dignified and honoured. 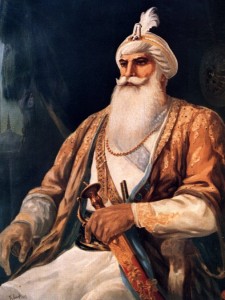 The root of this joke is the year 1739 when Nadir Shah, Kind of Persia invaded India. He looted Indian treasures and many Hindu women. At that time the Sikh army was being headed by Sardar Jassa Singh. When he came to know about this atrocity of Mughal extremist Nadir Shah, he decided to attack Nadir Shah. But the ratio of army of Nadir Shah to Jassa Singh was quite high. Very few people were in the Sikh army. The suitable decision seemed to be to attack the Mughal at midnight. Thus, by attacking midnight, Jassa Singh saved many Hindu women from ill fate. But I guess, Jassa Singh could not have imagined that this brave act of his would give birth to the famous, 12o’clock joke of Sardars. He would have been utterly dissappointed.

Well Sikhs are violent whey they ‘need’ to be. It is not a basis on which they should be steretyped. Sikhs have actually 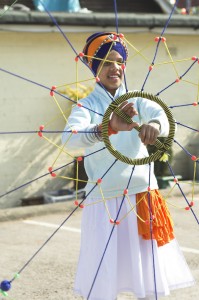 faced many attacks and terrors that have made them very sensitive to situations. The best and worst example is 1984 riots, which actually is a trauma in every Sikh’s life. Many Sikh families were burnt alive at that time. Bluestar Operation hurt many sentimental feelings of Sikhs which resluted in 1984 riots subjecting many sikhs to face the live terror.

What is not understandable is that why most of the truck drivers are Sardars in movies. It is not like they don’t suit any other profession. They should check  various companies and enterprises, I assure you that many Sardars are on very high positions. Navjot Singh Siddhu, Khushwant Singh , Jasapal Bhatti and Manmohan Singh were certainly not ‘truck drivers’. 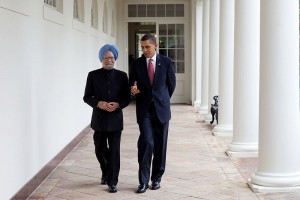 The people who say this should actually go to various insititues and colleges like IIT’s and IIM’s and check out the list of students to know to what extent Sikhs are unitelligent and naive.