3. It is a very narrow-minded thing to do.
As we are moving towards the 69th year of independence,it is really ironical that many of us are being restricted. A personal choice must be kept personal. As far as the young generation is concerned, i do not think there are many people left who get affected because of pornography. It is not a very big thing for people. Just because a few people think its not good, we cannot consider that to be everybody’s point of view.

4. Blaming Indian culture for the ban is not a very smart move. 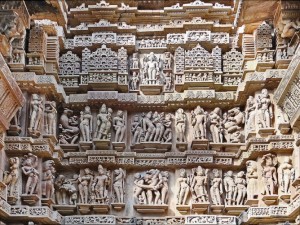 All of us have studied in the Indian history about the gods and goddesses. No offense intended, but there are art forms that depict how our ancestors did not consider pornography a taboo. It is quite evident from the sculptures in temples like khajuraho that they did not feel ashamed about it. So, it is just very convenient to blame the culture but culture has many branches. Considering a few is not convincing.