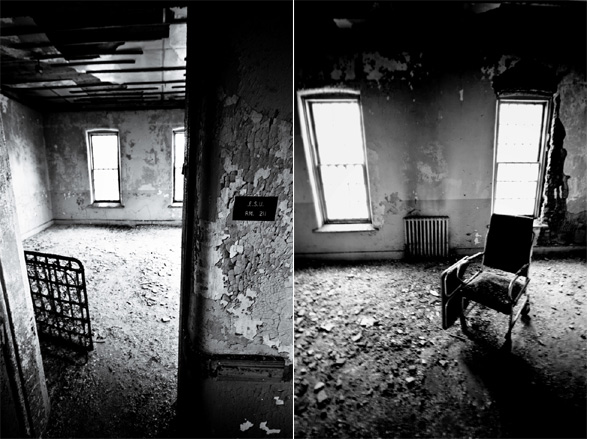 How far would u go for a cheap thrill?  Well, if one of these places is close to you, you don’t have to go too far.

If you want to delve into the unknown, these spots are the ground zero. The incidents are unexplainable; and fairly disturbing sometimes.

Here are 4 haunted places that will at least get you curious.

This massive structure is located in Baguio City overlooking the hills. The Dominican missionaries made the building in 1915 and it was invaded by the Japanese during World War II. The Nuns and Priest were beheaded during this siege. When Philippines manifested their destiny with the USA, the place was made into a hotel. The guests arriving there have reported seeing headless Catholic nuns. No paranormal activity has ever caused any guests significant damage, but recurring isolated incidents of sightings have taken place very frequently.

Almost 80 kilometres away from Jaipur rest the ruins of Bhangarh. This region of the country is so notoriously haunted that the Government of India had to ban entry into the core ruins posts dark. The legend says it was a holiday house town for the princess of Amer. It used to be an important trading route to Jaipur, and a happening town; until a magician arrived. The magician in question instantly fell in love with the Princess. The story is extremely ambiguous; but it boils down to this: He cooked up a love potion, and the princess fell for it. When she realises this; she felt manipulated and ordered his head. He fled, and cursed the town for being so unwelcoming of his love. The next thing we know is that the entire town vanished, and these incidences have recurred to people trespassing at night.

The Sedlec Ossuary is not so much haunted but is definitely scary. The Ossuary is actually a Roman Catholic chapel in Kutna Hora. It is also known as the Church of Bones because it is literally made of bones from about 40000 to 70000 people. It’s recorded to have literally every bone in the human body and most of it is used to do the decorations in the interior. There are rumours that it sings but there isn’t enough to even consider the possibility to be real.

Anyone who went to school could not have missed the battle of Gettysburg. It was one of the bloodiest battles in the American history. The death toll of the battle was nearly 8000. The sight is pretty historic and attracts tourists regularly. The odd incidents begin at night; some people even report listening to sound of gunfire and cannons. The one peculiar incident is people reporting the sight of Jennie Wade – a civilian who was killed in this battle. A few people have reported seeing ghosts of the soldiers in the area.

I don’t necessarily recommend travelling to these locations, but I will say that it is an experience to have. Just don’t get evaporated or something.