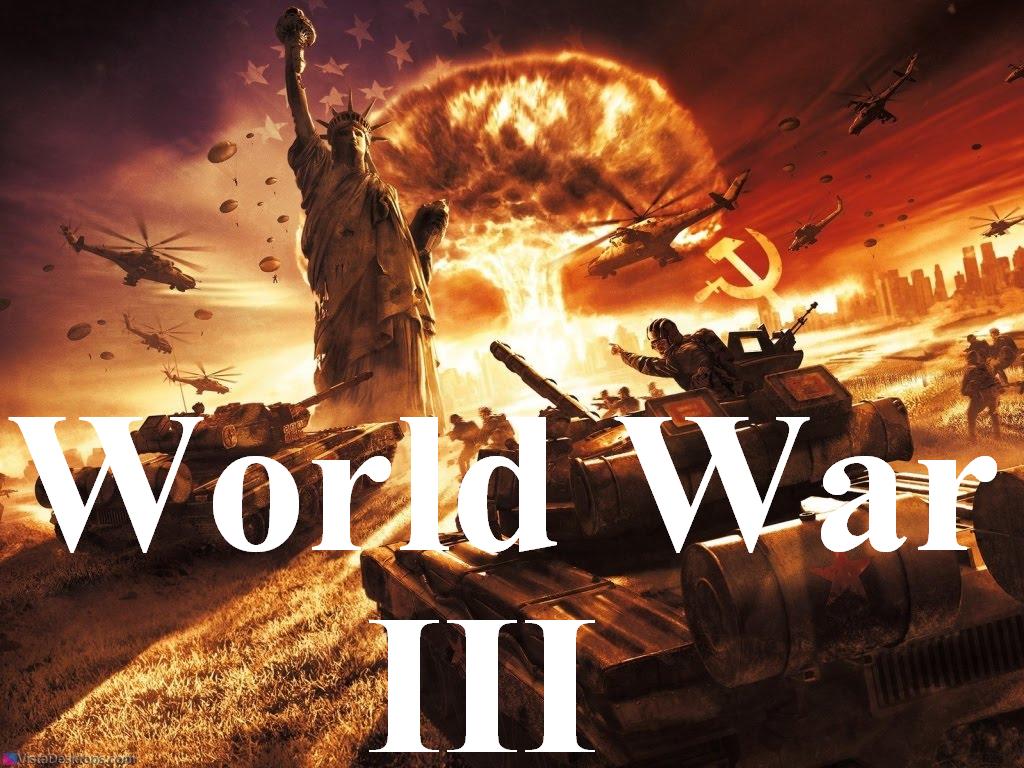 It is said that history repeats itself. This statement seems more than true today. The world has witnessed two horrendous wars that changed the face of humanity drastically. Now that the world is drifting away into global depression and every country is progressing intro being a Nuclear nation, it seems more than likely that in the near future, there will be the biggest war that the world has ever seen. Some people also claim that this war could be the end of humanity.

According to the prophecy, the world was supposed to end in 2012 but it didn’t. And here we are, 3 years from the D-day, still alive. What if it was just a warning sign? What if the prophecy was misinterpreted?

If the time comes when the world is at war, the prophecy would turn true.

Here are a few facts that support this claim :

Russia invaded Ukrainian territory of Crimea in 2014. Since then, the terror in Ukraine has bolstered. Pro-Russian groups have created a havoc in the country. However, Mr. Putin has called his invasion an act of salvation, not war.

Ukrainian government can no longer support its country and Crimea is now under Russia.

Putin is proving to be another Tsar. While Russia is at war with Ukraine, the world faces the consequences.

Russia is trying to make a point here that it can get away with anything and no one would lay a finger on it.

If Russia starts invading every country near it (which it can), the world would be torn apart.

Many neighboring countries are already planning on making alliances with Nuclear nations. If that happens then we would again have two super-power blocs. There would be countries wanting to be with Russia to take on the world then there would be another bloc that would fight Russia.

World War I started on the same note and we are all familiar with the result.

USA and South Pacific countries have a treaty which bounds USA to protect them. China is extending its power in the South Pacific region. It is already in conflict with Japan for the Senaku Islands in the East China Sea. Not only that, China has also announced an airspace zone which would solely be under its control despite of the fact that Japan, Taiwan and South Korea originally had claim to that zone.

This has triggered aggression in nearly all of the South Pacific Countries and since USA is bound to protect them, there are strong chances that it would retaliate. China has already warned America to stop meddling with this issue.

We all know that a war becomes a world war if the US is involved.

*This will also have economic implications for the whole world since America owes China 7% of its debt.

It may seem unlikely that China would go into an alliance with Russia but there are strong evidences that suggest the contrary.

China has a 2 year nuclear security pact with Ukraine which was signed in 2013. It bounds China not to use nuclear forces against Ukraine and to help it against any foreign threat.

However, the relationship between China and Russia is one of the most strategic and powerful ones in the world. China is buying oil from Russia and in return it is getting heavy advanced weaponry.

China is very strategically planning its next move in this issue. It is patiently waiting for the right time.

As soon as it knows who owns Ukraine, it will come for its rescue and most probably it will sideline with Russia claiming it to be the rightful owner.

We are all aware of the fact that the Great Depression of the 1930s was one of the factors that lead to the second World War.

The current scenario is similar to that of the Great Depression.  We all know about Greece and also the recession of 2009. Sooner or later, almost every part of the world would go into depression and hence, it would trigger another world war.

P.S. There are also the Middle East Crisis, India v/s Pakistan and China issue, ISIS, Iran vs. USA conflict, North Korea building a nuclear arsenal, and several other factors that are the building blocks of the ladder that would take us to the doom of World War 3.