Handsome news for the Indian shooter Abhinav Bindra’s fans are coming from all across as Mr. Bindra is selected as the latest candidate to be approached by Indian Olympic Association (IOA) for the goodwill ambassador’s post of the Indian contingent for Rio Olympics 2016. And the fantastic news is that the Indian shooter says yes for Indian Olympic Association (IOA) but still we are waiting to hear nod from Sachin Tendulkar, AR Rahman for the same.

Last week the Bollywood actor Salman Khan’s selected for the same but afterward his selection several controversies took place against of the actor’s to being the Goodwill Ambassador. So eventually, IOA decided to rope a brand new some more ambassadors for IOA in order to balance the situation. 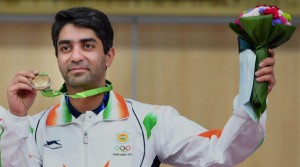 Bindra is very happy to be the Goodwill Ambassador of IOA and he shares his feelings in the official page of his micro blogging site and he wrote there in series of his tweets, “We are sure that this association will help boost the morale of the athletes and aid their performance. It will also help raise the profile of the Olympics games in our country and create a groundswell of support for the Indian athletes competing in the Games”. 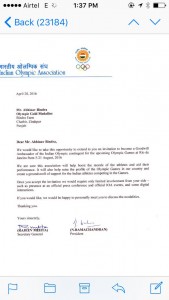 “Received a letter this afternoon from the President and Secretary General of the IOA inviting me to be a goodwill ambassador. I am humbled that they thought I am worthy enough for this honour. I respectfully accept this with gratitude”, Bindra tweeted further.

“I have lived my life for the OG &have always done my best to work for the betterment of the Olympic movement in India &I will continue. While my focus will be to perform at Rio,I will be writing to every member of the Indian Olympic team &offering them any help they may want”, he added further. 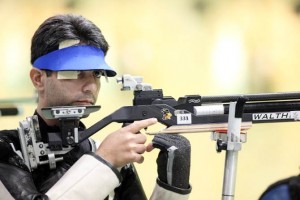 #Youth Icon: Abhinav Bindra, the 33-years-old sportsperson is perfect choice as the Goodwill Ambassador of OIA as he is being an achiever of the great things. Not to be mentions that he is the first Indian to win being an individual gold medal at the Olympic Games. 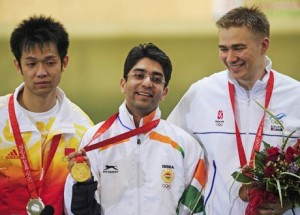 #Charming Personality: Apart from being a great sport-person, Abhinav Bindra is actually famous for his damn handsome look and charming personally. Especially, among the girls, so his popularity is par apart. 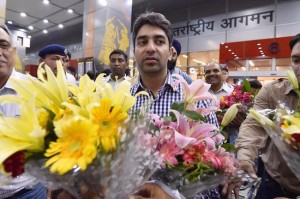 #Being a Sport-Person: Abhinav Bindra is a sport-person and literally, it is fact that OIA Goodwill Ambassador should be a sport-person to continue the legacy and to have we-feeling.

#Controversy Of Salman Khan: There are so much of the controversies going on for the selection of the Salman Khan as IOA Goodwill Ambassador, so eventually, IOA decided to rope a brand new some more ambassadors for IOA in order to balance the situation.