E-commerce has experience tremendous growth in India with more than 200 million users as of January 2014. This still continues to grow, as number of internet users exceeds millions per month. Thus e-commerce has grown huge form $3.8 billion in 2009 till $12.6 billion in 2013. Despite such whopping growth, many e-commerce ventures faced loss and many more concerns. A few websites had to close down without any option left and a few changed the business module to survive. Here’s the list of e-commerce websites in India that shut down its operations: 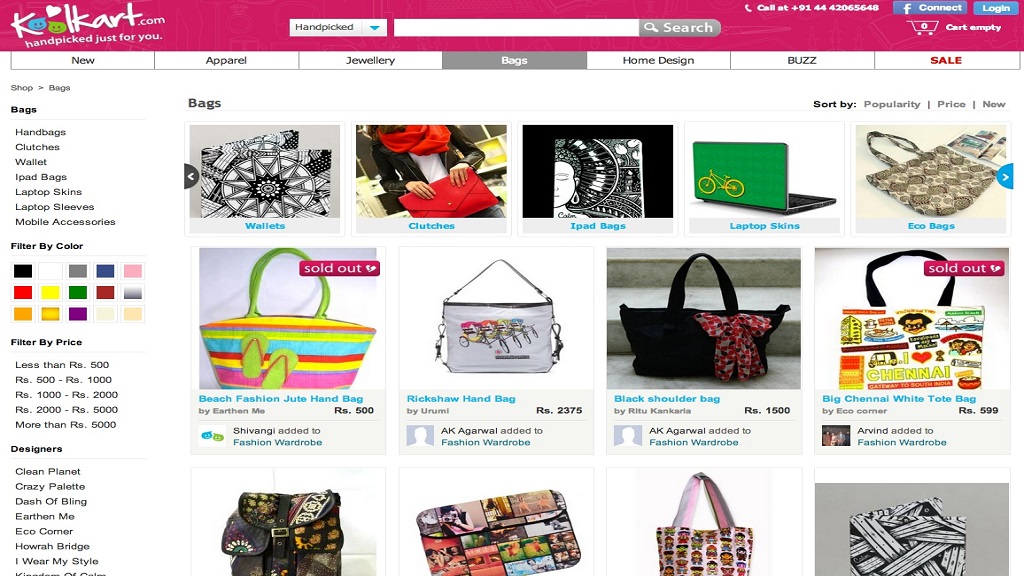 Koolkart was an e-commerce company dealing with product categories like Home Décor, Apparel and Jewellery. Founded by Suneil Chawla and Anupam Agarwal, the company touched 300 unique users within 2 and a half month of start-up. Koolkart had a unique and nice way of integration of price comparison. Koolkart shut down its operations as co-founder Anupam Agarwal left the company to become product manager at Walmart Labs (as per his LinkedIn profile) and the second co-founder Suneil Chawla, seems to be concentrating on Social Beat( a company that was also co-founded by him). 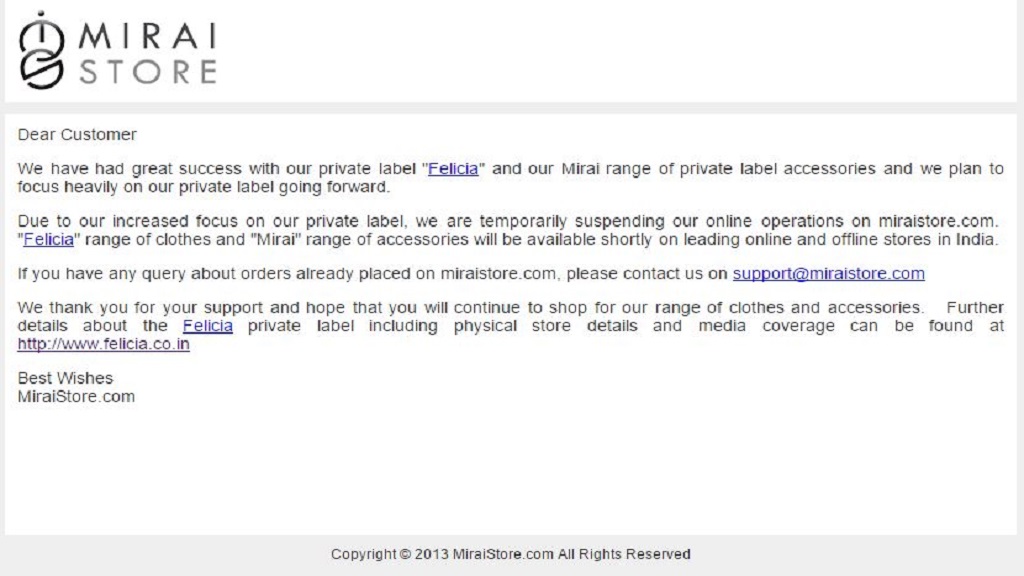 MiraiStore was a Bangalore based e-commerce company that started its operations in April 2012. MiraiStore was founded by Ram Bhamidi – The Chief Executive Officer, Asha Shridhar – Chief Operating Officer, Brands and Sankar Bora- Chief Operating Officer, Operations. The company was offering its own private label brand – Felicia, Designed and manufactured in Italy. The company also raised $1 million from an angel investor and sold product from categories like apparels and designer wear for both. But if you wish to visit the now, it reads the message mentioned in the image above. 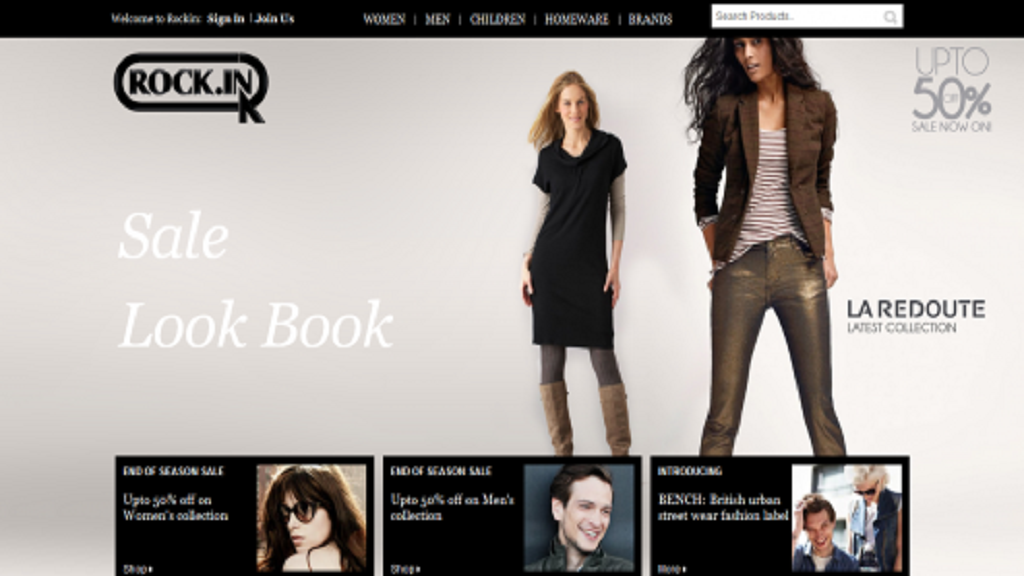 Rock In was Mumbai based e-commerce Company dealing with both Indian and International brand as well. Founded by Suraj Sharma and Aashish Puri, the company began its operations in May 2012. The company had also raised series A funding Partech International, a French venture capital and Silicon Valley and 3 angels, the retail families of Europe. The company was set to raise $5 mn as series B funding, but failed to do so. The surprising part was when Suraj Sharma being the CEO, removed entire Rock.in credentials from his LinkedIn profiles. The company silently shut during mid-April 2013 within a year of its launch. 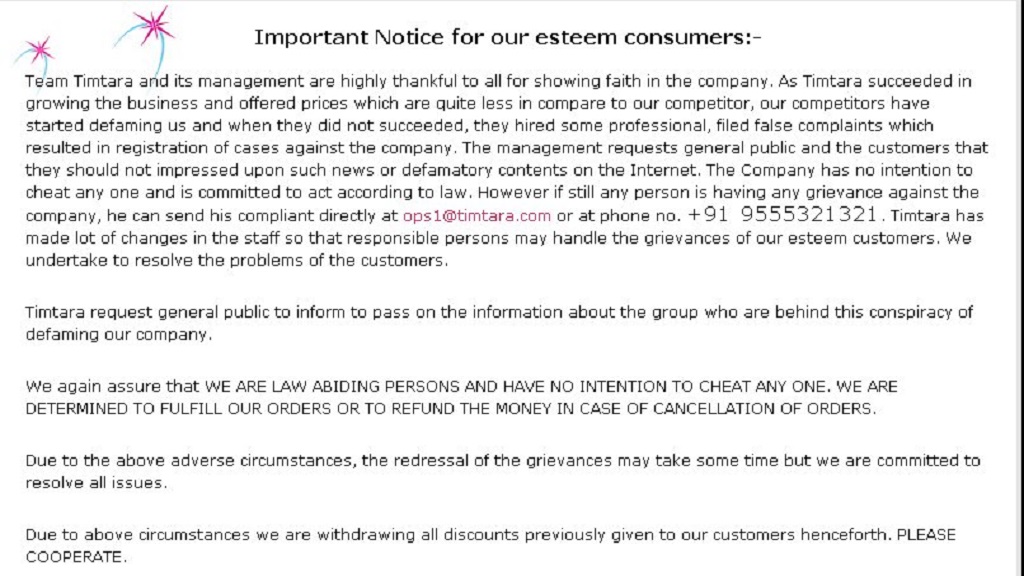 Timtara was an e-commerce website offering products under categories like IT, electronic appliances, health care and many more. The company was launched in the year 2010 founded by Arindam Bose – director and CEO Harish Ahluwalia. The company was involved in a controversy when its Mouthshut page was filled maximum number of complaints and also police confirmed that they received complaints from more than 200 buyers that they did not receive products even after 5-6 months of ordering. The fraud was amounting more than 80 lakhs. Following this led to the arrest of Arindam Bose and Harish Ahluwalia in April 2013 that led to shut down of the site. Also it was reported in Facebook page called Timtara Fraud was created for buyers to write complaints about and also updates regarding their arrest. Also complaints have been received from Vendors that they did not receive any payment even after supplying the inventories. Timtara read the notice mentioned in the image above.