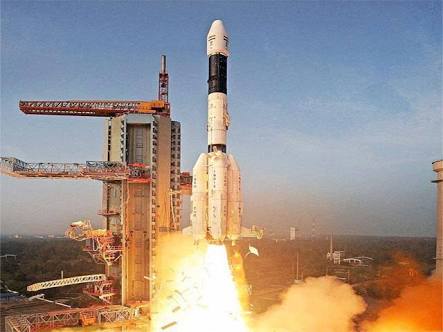 ISRO to launch GSAT-9 using GSLV Satellite.It is going to be launched at SDSC SHAR ( Satish Dhawan Space Centre or Sriharikota High Altitude Range ). It is rocket launch centre located in srihari kota, andhra pradesh. The countdown is expected to start today afternoon and the GSLV rocket with the satellite is expected to blast off from the second launch pad around 5.30 p.m. on Friday the 5 May, 2017 . On this occasion, let me remind recent victory of ISRO. It had launched 104 satellites into space at a time. Through this, it has also fetched foreign currency to India.

2. Why GSLV (Geosynchronous Satellite Launch Vehicle) and not any other launch vehicle?.

When GSAT is a satellite, GSLV is rocket used to launch satellite into a specific orbit. Satellite thus launched will revolve in the orbit. Rocket mainly contains payload that is satellite and fuel for propulsion. GSLV satellites have communication satellites as main payload. This time ISRO is also using GSLV instead of its trusted PSLV ( Polar Satellite Launch Vehicle. The capacity of GSLV is more when compared to PSLV. In the PSLV, we first ignite the core motor and then vehicle lifts off .But in the GSLV, we first ignite the four liquid strap-on motors and check performance.