“Eega”(“Makkhi” in Hindi) has almost changed the perception of the story telling. It is the movie where a house fly has been sketched as hero and his revenge on the villain. This movie, released in 2012 summer has become a block buster hit. Nevertheless to say it is the wonder of Rajamouli and he admits that the encouragement he has got with the Eega movie gave him the confidence to plan “Bahubali”. Now speculations were going around that Garuda will be Rajamouli’s next Magnum opus but as it would take at least year and half to plan the pre-production work for that movie, seems like this ace director is planning to do Eega-2 in this gap after “Bahubali-The Conclusion”. Here are three solid reasons why Eega-2 is on cards next Bahubali-2.

1) Nani not nodding any films

It was during the promotional time of Eega, Nani said to media that he will have very small time of screen presence in the Eega movie and eagerly waiting to work with Rajamouli.Even Rajamouli has confessed that Nani is a very versatile actor and he would be looking forward to work with him. Nani always gives a hint about Eega-2 and seems like Rajamouli is keen to rope him in as promised. Nani is currently working with Mani Ratnam and has not said OK to any projects. Mani Ratnam movie is bi lingual and it would be wrapping up by mid of 2016. Nani must be in plan to utilize the time for character modulation. 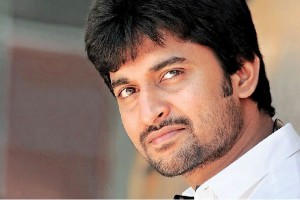 Eega has been sent to many international film festivals and all were mesmerized with that visual wonder. Even in recent times when Bahubali is being screened in Korean and Egypt film festivals, Rajamouli is identified and introduced as Eega director only. Many moviegoers and enthusiasts posed Rajamouli question about Eega and any film in that franchise. The media in that respective countries has also praised him for the work he has been doing relating with Eega. So this has eventually made him to take it in par high level this time after the Bahubali series and even Rajamouli gave a hint that one could expect it though he doesn’t have any immediate plans. 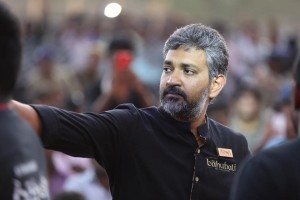 3) Eega is his father favorite

Rajamouli choose his father’s scripts and give life to them with his taking. Eega is one such thought that was born in the mind of Vijayendra prasad, father of Rajamouli.  Even Rajamouli has started Eega project as a small one but later it turned out to be a bigger one. Rajamouli also said that his father has given him many versions of the movie and he will select one from that. So the script and story should not be a problem. Vijayendra prasad has also mentioned in one of the interviews that Eega is his favorite.

READ MORE  6 super-heroes to get you drooling

The graphics and art work for the second edition might not take much time as they will be working on the same modules. So integrating all these reasons we can come to a partial conclusion that even Rajamouli is keen to take the Eega 2 to sets.