An explosion went off at the end of Ariana Grande’s concert at Manchester just as fans were exiting the arena on Monday, May 22nd. Attendees describe the moment, “there was a loud bang, the floor shook,” Now confirmed as a terrorist activity, the suicide bomb took a total of 22 lives including an eight year old girl and numerous injured and lost. 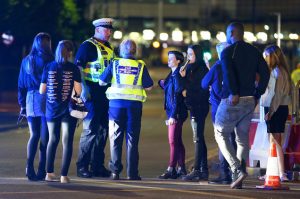 Dead-scared and horrified concert-goers flee the arena in complete chaos, unable to understand what had happened. While the internet exploded into series of concerned and emotional tweets about the attack, we can’t forget that the internet is a dark, dark place and the people on it can come up with some bizarre notions from behind their screens. 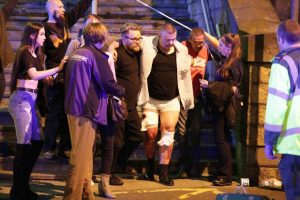 Fans of the Grammy nominated vocalist, Ariana Grande, showed support to their idol and prayed for the victims, making #PrayForManchester , #PrayForTheWorld and #PrayForAriana trend on twitter all day. Fans even paid condolences to people of their family who couldn’t come out of the arena alive. But some people, out of sheer insensitivity, took to twitter to blame the singer herself coming up with inexplicable justifications for their claim that the singer is to be held responsible for what happened to her fans… 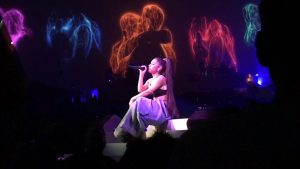 Homophobia knows literally no bounds. How insecure is your god to ‘punish’ innocent children because of other people’s sexuality and who supports them? This allegation has more to do with the fickle mindedness of people instead of how it’s just wrong to blame the singer for supporting whatever she wants.

Ariana Grande has proven time and again that she’s her own woman, she believes in what she believes. If the universality of love is one of her believes, it shouldn’t be a problem. Yes her visuals for Thinking ‘Bout You included same sex couples, so what? Yes, her music video for Everyday includes same sex couples so what? How does that justify mass murders? How does that justify taking innocent lives?

So Boys and boys, girls and girls those people didn’t die because you loved the same gender as yours or that Ariana supported your cause. Anyone trying to relate these two things is Homophobic as well as invalid. 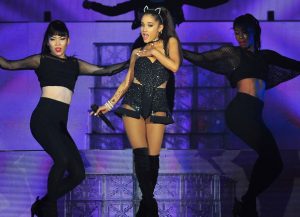 First of all, care to describe ‘inappropriate’. Second of all, are you implying that women who chose to wear what they want will be held responsible for the stupidity and insecurities of these people? Doesn’t matter if an artist wears overalls or nothing at all to stage, it doesn’t justify taking innocent lives at a place where people are supposed to be happy and have fun. 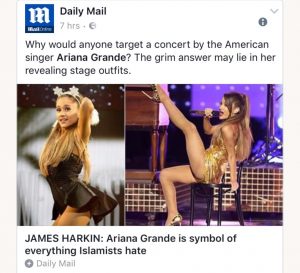 Harkin’s Daily Mail article about the attack, not only blamed the singer for wearing ‘revealing outfits’ but also an entire religion and race. When are we going to learn that terrorism doesn’t have a religion, the only thing these cold blooded monsters know is committing these evil acts without any sensitivity or warmth in the heart.

It’s a shame that these Terrorists targeted the attendees who were mainly children and the youth. For this argument to be valid, a whole religion has to confess to the shunning of one’s choice of clothing over believing lives of innocent people are important.

READ MORE  7 Gothic Country Songs You Are Missing Out On 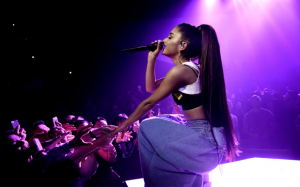 Statements like these were tweeted out by people who clearly support a man who was caught on tape objectifying women. Donald Trump, everyone knows, has agenda’s for America that go well beyond inhumanity. Building a ‘wall’ between Mexico and America or blaming immigrants for the state of employment in the country for instance. Trump’s hate for immigrants reflects in his support’s comments about the attack.

Conservative American’s have a deep rooted problem with Ariana because of the comments she was caught making on a surveillance of a bakery, “I hate Americans. I hate America,” even though Grande later apologized for the comments saying that it was out of sheer stupidity and she didn’t mean it, people didn’t really forgive her.

Milo Yiannopoulos, a far right conservative, criticized Ariana for being ‘Pro-Islam’, writing “Sadly, Ariana Grande is too stupid to wise up and warn her European fans about the real threats to their freedom and their lives. She will remain ferociously pro-immigrant, pro-Islam and anti-America. Makes you wonder whether they bombed to attack her or in solidarity.”

Even though twitter literally exploded on him later, it’s still saddening that people believe anything can justify blaming a victim of the circumstances for something as horrendous as the Manchester attack. 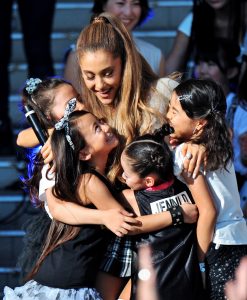 Yes, Ariana Grande herself is a victim. Think about it, at just the age of 23, Ariana will have to live with the fact that her fans, whom she loved that much died at her own concert. Reports claim that even though unharmed, Grande was in hysterics after the attack and kept blaming herself for the death of her fans. She caught a private jet to LA later that day to be with her loved ones.

READ MORE  Why Do Companies Advise You To Feel Like An Office At Home?

Currently, the last song on Ariana’s set list One Last Time from her album My Everything charts at number 2 in the UK as an homage to the deceased. It was the last song they sang before their life was ruthlessly taken from them. As heartbreaking as that is, Ariana has decided to forward all her earnings from the sale of the song to the victims’ families, she’s also making calls to help pay for the victims’ funerals. 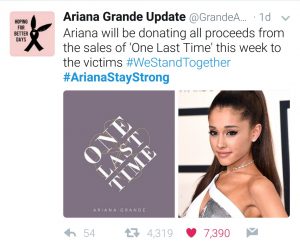 The only ones to blame are the murderers and those who think it’s alright to kill people for nothing. It’s time we put behind us all this negativity and hate and unite, as communities and as people to fight against terrorism and eradicate this evil.