Rajamouli has taken the Indian film standards to other level with Bahubali. The movie has set many records which are hard for any other movie in far future to break the records. It is said that only Bahubali-2 can break the records of the Bahubali-1. Interestingly this movie has been doing well internationally too. In Europe there is a big competition for this movie rights and when asked John Walter, a distributor in Europe about this craze he said “It is really shocking to see this sort of competition for an Indian movie rights. Many people are keenly waiting for Bahubali”. Well, seems like Rajamouli has eyed for a much bigger records. It is almost confirmed that the  next movie from this ace director will be “Garuda”. The Jr NTR and Mohanlal starer will be a whooping 1000 crore budget movie and it is said to be of more contents-tic and amazing than any other film on Indian screens. The Hollywood studios who are keenly observing the trend in Indian films from 2 years already has started to approach Rajamouli with their plans of investing in the movie.

Disney is the first in race

Disney has already produced a film named “Anaganaga ‘ O Dheerudu” in Telugu long back. This Sidharth starer movie has bagged awards but couldn’t make money. Disney is looking for a right chance to come back and it feels this is the moment. This Hollywood giant studio which is well known to produce these sort of films is very much interested to invest in the movie. According to sources Disney has actually approached for Bahubali 2 but after knowing about Garuda they showed utmost interest. Disney is notably the first studio in the race for  Garuda.

Universal Studios with a deal

The world’s biggest studios are of Universal Studios. You have everything available in the studio right from historical places to the modern sky scrapers. Universal studios is not into Indian films directly. According to the close sources Universal Studios representatives have approached the movie makers with a deal. However the deal is not disclosed but as far known the deal is all about using the studios for their shooting which includes world class eminities and in return they want distribution rights in some countries.

Tristar is one of the biggest studios in hollywood. They have given blockbuster movies like Terminator 2 and District 9. Tristar is thinking to extend its footprint in other countries too and they felt India as one of the prime destinations. Tristar has also approached with a huge investment plan which couldn’t be rejected. So Rajamouli is in deliberation. 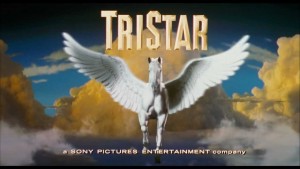 As the discussions are going on, Rajamouli has already in a plan to plan a teaser with 25 crores to attract more investors into this project. He wants to take this movie to a next level. Rajamouli is definitely a maverick in this perspective and this shows his passion towards movie. So all we could do now is wait until 2018 as that would be the year Garuda might release.

READ MORE  3 Govt schemes you should know which can save you upto 5 Lac.