These are three of the best and biggest investors in India and nicknamed as 3 Gladiators of Indian Stock Market. they are Rakesh Jhunjunwala, Ramesh Damani and RK Damani—the last two, no relation to the other—are competitors and players on Dalal Street, but hearty friends off it for nearly three decades now. Whenever they meet, they have plenty to discuss, gossip, share, ask and share great comradery.

The 3 Gladiators of Indian Stock Market and their Assets : 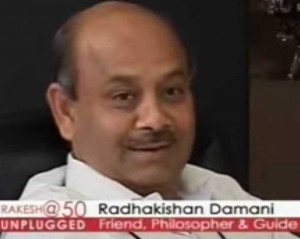 He is a low-profile stock market veteran who invests on his own account. His portfolio includes a string of blue-chip stocks that he has been accumulating over the years. Notable holding is a 26 percent stake in cigarette maker VST Industries, an affiliate of British American Tobacco. A big chunk of his wealth also comes from hypermarket chain D-Mart, which he set up and grew into a chain of more than 70 outlets, mostly in western India. He has pledged $8 million to a Bangalore institute and $1.8 million to the new Ashoka University.

His close friend is fellow investor Rakesh Jhunjhunwala (ranked 51) who refers to Damani as his ‘guru’.Radhakishan ‘RK’ Damani, 59, likes to let his work speak for itself. And it speaks volumes. It tells about a value investor whose portfolio of listed investments, at its last-known market value of Rs 1,731 crore, is an eight-bagger.

READ MORE  Why Do Companies Advise You To Feel Like An Office At Home?

It tells about a stock market trader who has eyeballed Harshad Mehta and ITC in their prime, and made a killing. It tells about the retail business that Jhunjhunwala covets, one that checks out about Rs 4,500 crore through its cash counters and yet barely registers in the happening retail landscape of India. 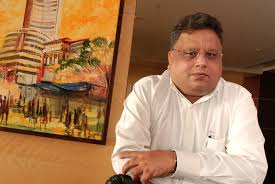 Savvy investor Rakesh Jhunjhunwala who manages his own money through his Rare Enterprises and had correctly predicted the return of a bull run, is enjoying the fruits of that coming to pass. The Indian stock market is up by 44% in the past year and so is his portfolio. “This is only the beginning,” he says. Notable buys include a 4% stake in commodities exchange MCX.

He’s also betting on home mortgages and has a stake in fellow billionaire Sameer Gehlaut’s Indiabulls Housing Finance. He has pledged to donate $1.8 million to the newly established Ashoka University. Jhunjhunwala, who dabbles in Bollywood, has co-produced Shamitabh, a film starring legendary actor Amitabh Bachchan.

The man is often called ‘India’s Warren Buffet’. And like the American investor, the Indian bull is also known for his long-term bets. At the same time, he doesn’t undermine the importance of “trading” as it has given him the capital to place long-term bets and become a master predator.

Recently, he has donated 5000 crores for charity. 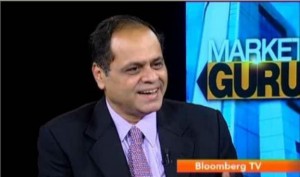 In 1989, armed with a Master’s degree from California State University at Northridge, Ramesh Damani became a member of the Bombay Stock Exchange. He had planned to make a living through broking. But what really excited him was identifying potentially successful businesses, and investing in them for the long term. Damani’s father had been successful in the market, but he always sold the moment a stock’s price went up. “He always created income for the family, but never wealth,” says Damani.

Damani’s father had been successful in the market, but he always sold the moment a stock’s price went up. “He always created income for the family, but never wealth,” says Damani.

His first big move in 1993 was when Infosys went public. Having briefly worked as a coder in the US, he knew Infosys would benefit from a huge labour arbitrage. He invested Rs 10 lakh in both Infosys and CMC. By 1999, his investment had grown hundred fold.