Everyone seems to think that remaking Game of Thrones in India would be a dreadful idea. I don’t blame them, given that Indian Television series has more than earned this reputation. But let’s give the entire thing another thought, shall we?
Bollywood does have some brilliant actors and actresses, each with an aura of their own who are more than capable of doing justice to the Game of Thrones characters. Assuming that the following actors would accept the roles (which I admit is highly unlikely due to various reasons), Game of Thrones with them definitely would make up an interesting watch.
Have a look.

He has got the personality, the heavy voice and the aura that the honorable Lord of Winterfell should have.

Farhan has got the looks and can effectively portray the fearless and determined Robb Stark.

A loving wife and a brave mother, Rekha can do the role flawlessly.

Swini is of the right age, and is a pretty cool actress who will be as loved as Arya.

Well, we need a beautiful and dumb princess.

Shahid Kapoor has got the charm and is a versatile actor who is perfect to do the young, enthusiastic and brave Jon Snow.

Just look at the similarity.

Once widely respected, is now a shadow of former self. Rishi Kapoor would do justice to the character. Also, both of them are fat.

Humorless, determined and always serious. We have a perfect match.

Naseeruddin Shah is a versatile actor and more than capable of portraying Ser Davos, an honorable knight and a wise advisor.

A seductress, mysterious and exquisite beauty, who looks hot in red. Vidya Balan it is!

Has done negative roles in Mardaani and can make us hate him which is the essence of Joffery’s character.

A strinkingly beautiful, power hungry and arrogant queen who would do anything for her children is what defines Cersie. Sushmita Sen has that kind of aura which would make her a perfect choice.

Extremely good looking warrior, who we are not sure whether to love or hate, Hrithik Roshan is tailor made for the role of Kingslayer.

A ruthless, strict, controlling persona whose mere presence commands respect, no one can do this better than Amitabh Bacchhan.

We just have to make him a dwarf somehow but then, Nana Patekar’s portrayal of Tyrion would be the best thing about the show. Imagine Tyrion’s dialogues in Nana’s style!

Shae is a witty and funny whore-next-door and Kalki has done such a role previously. Plus, her foreign accent would help.

Kay Kay Menon is an underrated Bollywood actor who can do justice the Littlefinger’s character, the shrewd skillful mastermind.

A master of manipulation, Paresh Rawal would nail this, undoubtedly!

The Badass attitude and built of a warrior, Sonu Sood would be our prince Oberyn.

Rahul Dev has got the muscles and with a little makeup, would even look like the Hound should.

Prateek Babbar, I choose you!

They both look extremely charismatic and most importantly, can make duck faces!

Theon is arrogant, cocky and anything but loyal (before he becomes Reek!). Rajkumar Rao has done such roles in the past and I think, would portray a perfect Reek! 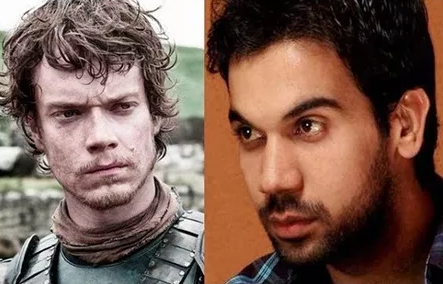 Aishwarya’s graceful beauty, her queenly aura and versatility as an actress make her a perfect pick for The Mother of Dragons.

The Lord of Friendzone, enough said.

Only John has the personality, agression and the built to pull off a KHAL DROGO!

29. SHAH RUKH KHAN as the Many faced God.

There is no doubt in the fact that Shah Rukh Khan’s abilities as an actor is what makes him the Badshaah of Bollywood (neglecting his last few flicks). I will choose him for the role of the coolest character I find, the Many faced God! 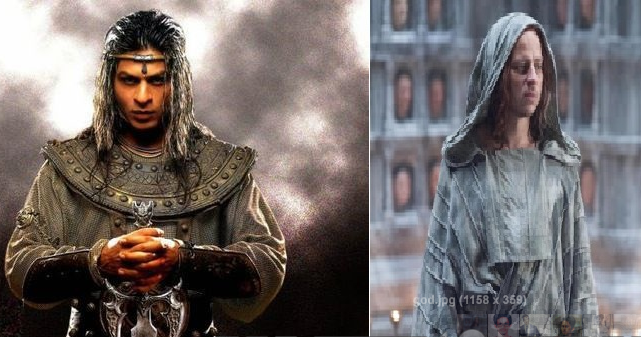 Admit it now, India’s version of Game of Thrones would be electrifying, wouldn’t it?
Write your suggestions in the comments below.