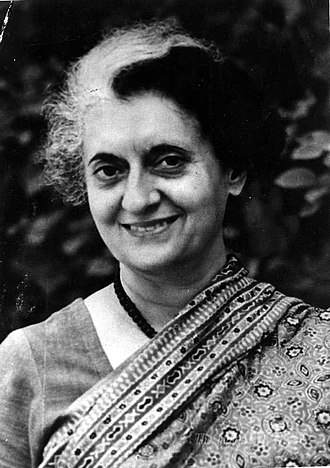 On the occasion of International Women’s Day, today we take a look at a few of the most influential women in World History who helped pave the way for the women of the coming generations. This list is not ordered with numbers as we think all of these women have had a major impact on the lives of other women as well as men and influenced history for many years to come

Marilyn Monroe was an American actress, model, and singer. Famous for playing comedic “blonde bombshell” characters, she became one of the most popular sex symbols of the 1950s and early 1960s and was emblematic of the era’s changing attitudes towards sexuality. She was a top-billed actress for only a decade, but her films grossed $200 million (equivalent to $2 billion in 2019) by the time of her death in 1962. More than half a century later, she continues to be a major popular culture icon.

Cleopatra VII Philopator was the last active ruler of the Ptolemaic Kingdom of Egypt, nominally survived as pharaoh by her son Caesarion. As a member of the Ptolemaic dynasty, she was a descendant of its founder Ptolemy I Soter, a Macedonian Greek general and companion of Alexander the Great. After the death of Cleopatra, Egypt became a province of the Roman Empire

Annelies Marie “Anne” Frank was a German-born Dutch-Jewish diarist. One of the most discussed Jewish victims of the Holocaust, she gained fame posthumously with the publication of The Diary of a Young Girl, in which she documents her life in hiding from 1942 to 1944, during the German occupation of the Netherlands in World War II. It is one of the world’s best-known books and has been the basis for several plays and films.

Diana, Princess of Wales was a member of the British royal family. She was the first wife of Charles, Prince of Wales, and the mother of Prince William and Prince Harry. Diana’s activism and glamour made her an international icon and earned her enduring popularity as well as unprecedented public scrutiny, aggravated by her tumultuous private life.

Emily Elizabeth Dickinson was an American poet. While Dickinson was a prolific poet, fewer than a dozen of her nearly 1,800 poems were published during her lifetime. The poems published then were usually edited significantly to fit conventional poetic rules. Her poems were unique to her era. They contain short lines, typically lack titles, and often use slant rhyme as well as unconventional capitalization and punctuation. Many of her poems deal with themes of death and immortality, two recurring topics in letters to her friends.

Oprah Gail Winfrey is an American media executive, actress, talk show host, television producer, and philanthropist. She is best known for her talk show, The Oprah Winfrey Show, broadcast from Chicago, which was the highest-rated television program of its kind in history and ran in national syndication for 25 years from 1986 to 2011. Dubbed the “Queen of All Media”, she was the richest African American of the 20th century and North America’s first black multi-billionaire, and she has been ranked the greatest black philanthropist in American history. By 2007, she was sometimes ranked as the most influential woman in the world

Even though she was born in Macedonia, Mother Teresa spent most of her life in India. She adopted India as her country of service. She devoted her life to service of the poor, ailing and the destitute through the Missionaries of Charities, an order of Roman Catholic nuns, in Kolkata, India.

She received many honours for her service to the people including the Bharat Ratna (India’s highest civilian award), the Padma Shri and the Nobel Peace Prize. She is still considered as a symbol of kindness by many. It is said that some Hindus even worship her as a deity.

Sarojini Naidu was an Indian political activist and poet. A proponent of civil rights, women’s emancipation, and anti-imperialistic ideas, she was an important figure in India’s struggle for independence from colonial rule. Naidu’s work as a poet earned her the name Nightingale of India.

Frida Kahlo was a Mexican painter known for her many portraits, self-portraits, and works inspired by the nature and artefacts of Mexico. Inspired by the country’s popular culture, she employed a naïve folk art style to explore questions of identity, postcolonialism, gender, class, and race in Mexican society. Her paintings often had strong autobiographical elements and mixed realism with fantasy. In addition to belonging to the post-revolutionary Mexicayotl movement, which sought to define a Mexican identity, Kahlo has been described as a surrealist or magical realist.

Rosa Louise McCauley Parks was an American activist in the civil rights movement best known for her pivotal role in the Montgomery bus boycott. The United States Congress has called her “the first lady of civil rights” and “the mother of the freedom movement”.

Helen Adams Keller, was an American author, political activist, and lecturer. She was the first deaf-blind person to earn a Bachelor of Arts degree. The story of Keller and her teacher, Anne Sullivan, was made famous by Keller’s autobiography, The Story of My Life, and its adaptations for film and stage, The Miracle Worker.

Marie Skłodowska Curie, born Maria Salomea Skłodowska, was a Polish and naturalized-French physicist and chemist who conducted pioneering research on radioactivity. She was the first woman to win a Nobel Prize, the first person and the only woman to win the Nobel prize twice, and the only person to win the Nobel Prize in two different scientific fields.

Amelia Mary Earhart was an American aviation pioneer and author. Earhart was the first female aviator to fly solo across the Atlantic Ocean. She set many other records, wrote best-selling books about her flying experiences, and was instrumental in the formation of The Ninety-Nines, an organization for female pilots.

Victoria was Queen of the United Kingdom of Great Britain and Ireland from 20 June 1837 until her death. On 1 May 1876, she adopted the additional title of Empress of India. Known as the Victorian era, her reign of 63 years and seven months was longer than that of any of her predecessors. It was a period of industrial, cultural, political, scientific, and military change within the United Kingdom, and was marked by a great expansion of the British Empire.

Gabrielle Bonheur “Coco” Chanel was a French fashion designer and businesswoman. The founder and namesake of the Chanel brand, she was credited in the post-World War I era with liberating women from the constraints of the “corseted silhouette” and popularizing a sporty, casual chic as the feminine standard of style. A prolific fashion creator, Chanel extended her influence beyond couture clothing, realizing her design aesthetic in jewellery, handbags, and fragrance.

Julia Carolyn Child was an American cooking teacher, author, and television personality. She is recognized for bringing French cuisine to the American public with her debut cookbook, Mastering the Art of French Cooking, and her subsequent television programs, the most notable of which was The French Chef, which premiered in 1963.

Margaret Hilda Thatcher, Baroness Thatcher, also known as the Iron Lady, was a British stateswoman who served as prime minister of the United Kingdom from 1979 to 1990 and leader of the Conservative Party from 1975 to 1990. She was the longest-serving British prime minister of the 20th century and the first woman to hold that office. A Soviet journalist dubbed her “The Iron Lady”, a nickname that became associated with her uncompromising politics and leadership style. As Prime Minister, she implemented policies known as Thatcherism.

Elizabeth I was Queen of England and Ireland from 17 November 1558 until her death on 24 March 1603. Sometimes called the Virgin Queen, Gloriana or Good Queen Bess, Elizabeth was the last of the five monarchs of the House of Tudor. Elizabeth is now hailed as one of the greatest monarchs Britain has ever had.