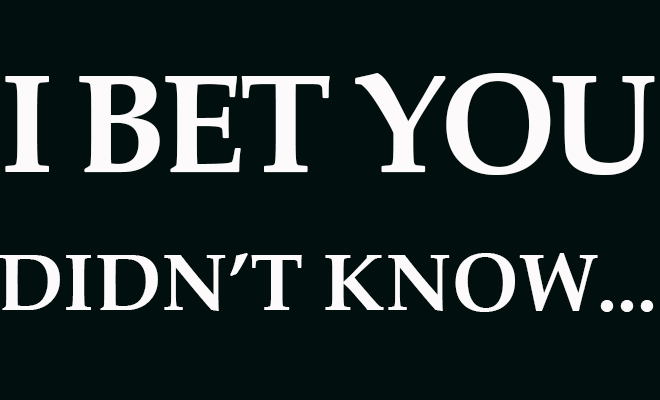 Internet is full of stuff to read and we come across random stuff everyday. Some of it is just for fun and some is our actual work. Here I will tell you facts you probably haven’t heard of before! So enjoy the read because you will be amazed.

So here’s a list of 20 random things you people definitely did NOT know before.