Well, when everybody is busy watching the biggest match in this world cup T20 series, we are busy in some interesting research, a research on how the Pakistani media reacts when their team loss or win to India. Of-course Pakistan is waiting for that one mokka to defeat the Team Blue in the world cup but every time it is being a ripen fruit for them. We know that our media doesn’t hesitate to slam our cricket team if they loss in a match no matter to whichever country and also we have seen many worst headlines in matches against Pakistan (though they were few losses). So, what about the Pakistani media towards their team when they win or loss especially to India ? This is how they do. 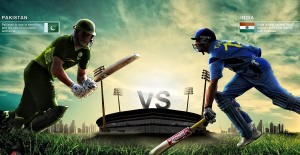 When Pakistan loss the match

“Miracles Seldom Happen and Pakistani team can never do that” writes “Daily Times” of Pakistan when Pakistan lost match in recent Asia Cup. Pakistani media is known for its well emotional line up and touch of the articles when related to India, either political or any other. “The record Unbeaten – Pakistan keeps the record” quotes Dawn. “India preserves the record and truly deserves it” wrote one more national news paper. “Now it is time for Poonam Pandey show, thanks to our team” – quotes another news paper in a sarcastic way for the previous world cup loss against India where poonam pandey promised for a strip tease if India wins (Offo,hey yeah where is the show ?). “This is the worst ever team that Pakistan ever witnessed” stated one urdu news paper.

“It is time Afridi, Kids play better than you” – quoted another paper. The debates usually gets a high TRP  when Pakistan lost the match. The hosts don’t think twice to slam the cricketers by name. Even if you look at the Youtube, you find pretty women and men of Pakistan in many videos slamming their team. They really go on high note when India Pakistan loss the match to India

When Pakistan Wins the Match

So need not to give the note. The media will praise the team as if they have won the match with India. Though there were less such instances that India has loss the match, but if that so called miracle happens they will go Gaga. “This is the best reply ever given” – quotes a Urdu paper. “Time for celebrations, the much awaited win” quoted another national paper. Some schools went ahead and declared holiday too when India lost the match and this is in News as if they had done some charity. TV’s cover all the celebrations of the people and they don’t mind in repeating this again and again.

So it is a million dollar question how the media’s of two countries will react tomorrow morning. Pakistan has better record in Eden and India has a better record in Pakistan in World Cup. Yeah as per spirit of game “May the better team wins” but as a Indian dil hamesha kahega “Team India”.