Ace director Rajamouli has almost confirmed that his next project will be much bigger than Bahubali. Recently in a town hall session happened at IIT Madras, he confessed that his movie will be on the Indian Epic Super hero bird man “Garuda”. Garuda is one of the prominent role in the Hindu Mythology and also in Buddhism. He also said that this project will be in par to international level and much bigger than Bahubali. No wonder that the project will be og 1000 crores. So what makes the things so interesting is “Whom he would be choosing for the lead role”? We have learnt that currently he has two heroes on mind and one of them would be given the lead role. The two heroes in race for Rajamouli’s 1000 crore project Garuda after Bahubali-2 are Jr. NTR and Mahes Babu. Let us have a sneak peak about the hot topic of Tolly wood.

Rajamouli and Jr NTR are the most successful hero and director pair in the industry. The three movies done by them are Block Busters and Simhadri has helped both of them to attain stardom in their career. It has to be accepted that both of them has a good rapport too. Jr NTR already knew the work style of Rajamouli. Being a historical film, it would definitely has some long lengthened dialogues and Jr NTR already showed his capability in dealing with those type of roles. His diction and screen presence would definitely does the justice to the character. However, comparatively Jr NTR doesn’t have much market in other states this is the major con. As this movie being made with whooping budget it has to do exceptionally well all over the country. So it is a biased situation. But still one has to remember that even Prabhas doesn’t have much market and it is actually the movie which has to hit the right  chords with the audience

So is it Mahesh Babu ? 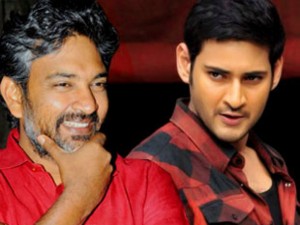 Mahesh has got good overseas market and all his films does exceptionally good irrespective of results in Karnataka state too. As Srimanthudu been dubbed in Tamil and has done a decent business, Mahesh Babu’s next flick with Murgodas is a bilingual and it is sure that Mahesh is already set to hit the other states market. So in a business angle Mahesh would be a idle choice. But on the other side Mahesh has not been seen in any historical plot until now and one is very unsure about his capability in dealing them. But Mahesh always surprises with his acting in the films. So it might not be a cake walk but he can also sure does justice.

So what is Garuda Story ?

Garuda is a humanoid bird and he is considered to be eternal enemy of Nagaraja (snake). This eagle kind creature mainly feed on snakes. According to sources the plot of this movie will be the war between Garuda and Nagaraja, where the Nagaraja character could be played by Malayalam Super star Mohan lal. So even we are excited to see who is the Garuda. It is said it would take 2 years at least for the movie to hit the floor.