Winkler is a retired postal worker in Germany, when she was on a holiday with her husband in Amrum a small island in Germany she spotted a old unusual bottle floating on the beach.

She realized that the bottle had a note inside it saying “Break”, her husband tried to take out the note without breaking the bottle but there was no chance and so did they break the bottle. 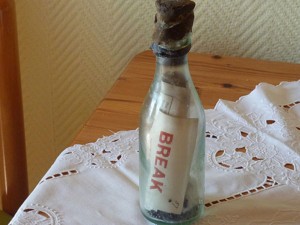 After breaking the bottle they found a message inside it written in English, German and Dutch. The message asked the founder to fill information on where they had found the bottle before returning it to marine Biological Association it also had a rewarding amount of one shilling.

After receiving the member of the Biological Association were shocked as they realized that the bottle was released into the sea in between 1904 to 1906 as part of a project to check the strength of the currents.Most of the bottle were recovered within a short time. 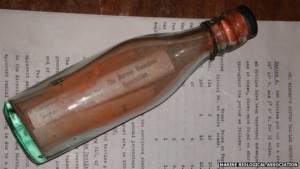 Many bottle were found by fishermen with deep sea nets some washed up the shore and some were never recovered.

As per the message the couple were rewarded a shilling now the couple are waiting for Guinness World Records to make their entry for the oldest message in a bottle ever to be found as the current record was just 99 years. 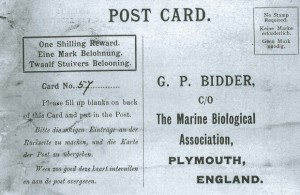