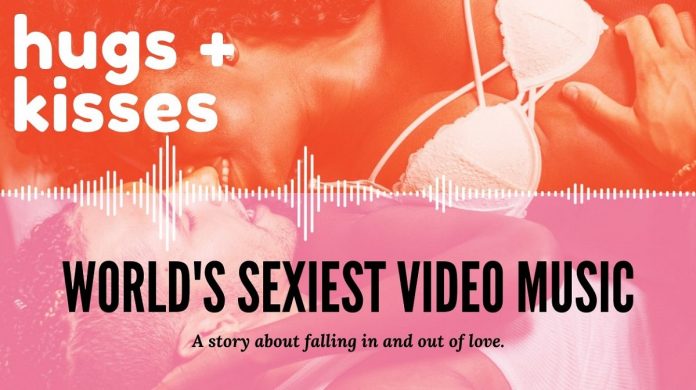 For a long time now, music video directors have taken the route of making sexy videos for their clients. We are not talking about steamy bed scenes or anything, but a very sizzling way to portray music.

Of course, most fans love sexy video songs when it comes to their favorite sexy music as it gives the whole musical concept a much fresher outlook, especially if we are talking about a steamy song or a love song.

But these days, even pumped up songs have sexy videos in them. A lot of it is thanks to the fact that most rock stars are actually sex-symbols for the youth.

So, today, we have compiled a list of the best ten sexiest music video songs that the world has ever seen.

If an Enrique song cannot make it to this list; then something must be wrong with the world. Sad Eye is a video we are selecting here.

In the video, Enrique fantasizes totally about a girl when he sees her at a chatbox advert on the TV. However, annoyed that he cannot bring her to him, he decides to call in escort to satisfy his needs.

In the video, we see some steamy scenes and a topless Enquire! The video was deemed so racy that time the producers and the label, in the end, did decide not to world wide release it.

Featuring at least 3 of the most awesome- ladies ever, the video quickly became a huge hit with the fans, well mostly thanks to its sexiness. There are 2 versions of the video, just watch the uncensored and the unrated one.

Hips don’t lie is a song that made Sharika famous overnight; and along with it came a music video that made her even more famous.

4. Can’t Remember to Forget You by Shakira ft. Rihanna

This smoking duo got together and made this awesome song. The video of this song features both the divas in a bed.

Imagine how hot that is! Both the girls do a dance-off in the video, and that alone can pumps in some extra blood to everyone’s veins.

In this steamy video, Bruno Mars thinks about making love like a Gorilla to his striper blonde female friend. The video is set in a club and one of the most fascinating things about the video is the artificial rain in the climax!

And, the wetness, in turn, makes the girl even more attractive and smoking hot. We are talking about a wet girl, doing some sexy and flexible moves on the floor. Bruno you lucky man!

6. Drunk in Love by Beyonce

If want to check out Beyonce in a 2 piece then this video is your ticket. In this video, she has actually not danced that much, as she has stressed on flaunting her body. And my, she has done a wonderful job with it.

Her body is really is a temple and we should all worship it. Just take a look at the video and you will understand what we are talking about. Although the video has no real content (apart from Beyonce), but along with the song and her 2 pieces, it is really a treat to watch.

7. I’m a Slave for you by Britney Spears

In her days she had made several hot and exciting videos, but this one stood out the most from all. She and a group of dancers (we can pass them off as exotic dancers) danced off to every single octave of the tune. In the video, she also wears her panty over her pants and she has a bare belly too.

This makes this video even racier and people just see the video for the sake of watching her in such a party mood rather than because of the song. But many people did not like Spears’ (then 19) image in the video. Maybe, that time, she just wanted to shun the girl-next-door avatar of her.

8. I Just Don’t Know What to Do with Myself by the White Stripes

This music video had everything that a man can ever dream of. Kate Moss in Lingerie doing pole dance; what else a man could hope for. She shakes and sways all throughout the video and that can easily make your heart go mmmm. Apart from her sexual appeal, the video also features her curves and her fit body. Double treat!

Oh, and the song is also not that bad if you were wondering what the video was actually about.

This is another Beyonce musical video, where she shows off her curves. In this one, she literally does everything to complement the sexy lyrics of the song.

She wears several sex outfits in the music video and they were, you get the feeling, actually created with an intention to show her curves and her fit body. The video, and Beyonce, both were so racy that many parents and people did not like this avatar of the diva.

The brilliant song had an ever more appealing video. The music video is full of girls working out in tiny and stretchable fitness attires doing workouts. Now you can imagine how steamy and racy the video is.

The music video consistently displays the butts of the hard-working ladies, who are as pretty as they can ever be. The video, when it came out made headlines for all the wrong reasons (right for us), as it was deemed just too explicit.