In this young generation, everyone loves WWE whether be children or adults. It has a craze everywhere in this world which people enjoy watching in the television except some exceptionally fans who go live to see it. It has attracted the world towards it by its noble wrestlers like John Cena, Dwayne Johnson etc. who performs their special moves to finish their opponents.Yes, this finishers has blown away the minds of the young teenagers of our world. Some of the top finishers of 2015 are: 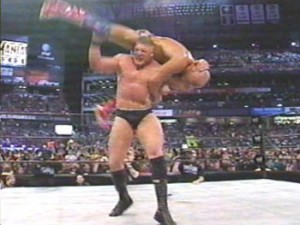 Brock Lesnar is known to be the dangerous NOT pinnable wrestler in the WWE history. He is the only man who has survived all the pin attack from the opponent. He has a special move called “f-5” which is famous for defeating the opponent. It is difficult to apply as a lot of power and technique is needed to perform this move.Brock Lesnar has successfully defeated many top wrestlers including Triple H , John Cena, Undertaker etc by this move. 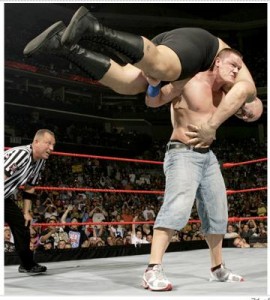 John Cena is the another noble man who needs no introduction. In the wrestling field as well as in normal life, he has been a good man contributing a lot to the social responsibility and supporting people especially the disables ones.Talking about his job, he has got a very devastating finisher “AA” which defeats his opponent in no second. 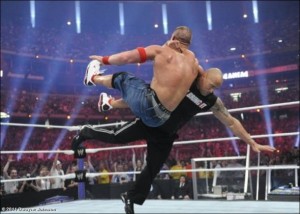 Rock is the nickname of the wrestler as well as an actor “Dwayne Johnson”. He is a genuine person with big ethics. He is huge with strong muscular body which helped him in Hollywood too. His finisher is awesome and simple but when applied, hurts a lot. He is currently devoting himself much in producing movies rather than in wrestling field. However, He show up there on the WWE events which is his style of personality. 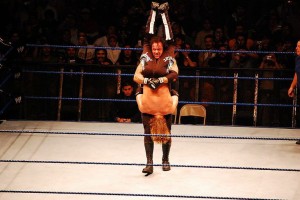 The devastating finisher of WWE is the tombstone by the Undertaker. If you are a WWE addict, you may have come across this finisher many times which is so scary and dangerous. All superstars of WWE are afraid of this move because it can break your neck so badly. This is the finisher of this man whose spirit is believed to be stored somewhere else and if anyone tries to kill him, he will still survive.

He is called “ The Dead Man Alive” 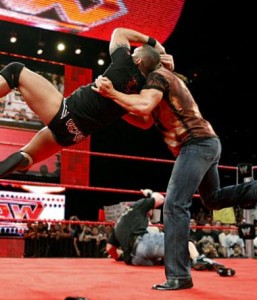 Randy Orton also called ‘The Apex Predator’ is the only man with the 8 abs in the WWE history. His body is largely appreciated by the WWE fans . This takes to his special finisher, RKO. It is very difficult if you try it but he certainly does it very easily and is loved by every WWE fan. It has helped him to win many Championship matches like WWE championship belt etc. 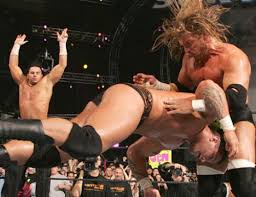 Pedigree is the another finisher of WWE Superstar( Currently the Managing director of WWE) Triple H , who is the man behind the growth of  WWE to this level where it is today. He is very clever and strong which is clearly seen in his fights. Pedigree is the only finisher which is applied by him to finish the wrestler. This move bangs the opponent’s head in the floor causing injuries and even fractures. 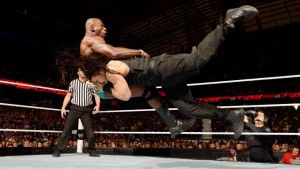 Spear is the finisher of the Powerhouse of WWE , Roman Reigns. This new coming superstar has changed the scenario of WWE which has increased its craze all over the world especially by his move, Spear. Roman Reigns is seen very aggressive person with a loving heart which he shows from his act. His finisher has finished good superstar like Mark Henry etc. It takes a lot of strength to perform this finisher which he does it very easily because of his huge strong body. Roman Reigns is the new face of WWE. 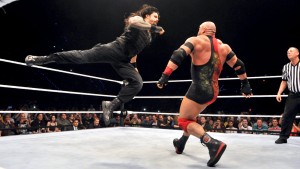 Well here you come to the another famous finisher of the powerhouse, the Superman punch. This punch takes all the good wrestlers down in no time. This finisher is so much powerful and strong enough to take anybody down in seconds. It needs a good power and the timing to jump and hit the face of the opponent to perform this move. This man does it very easily because it is invented by him. 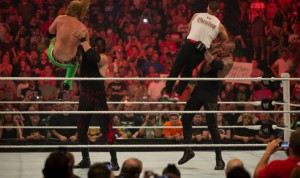 Chokeslam really chokes the neck, Does it? Yes in the era of WWE , Chokeslam nearly can be the name of death because one really chokes when his neck is pressed. This is the move of WWE superstar kane who is the “ Devil Monster” of WWE. He is very scary and his move is more scary than all. His finisher makes a man think twice before going to fight this guy because of this move. 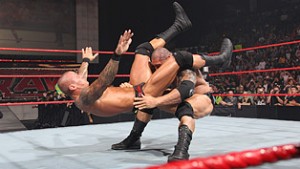 Batista is the strongest man of WWE after Mark Henry. His Bomb popularly known as the Batista Bomb is the devastating Bomb that he explodes to put down the wrestlers. I personally believe this finisher to be the top finisher I have ever seen. This finisher not only breaks the bone of the opponent but also gives a good bed rest.

“   Do not try this at Home, School or anywhere else.”