Punjabi music is also one of the commonly enjoyed music in India. There have been at present a number of such great Punjabi singers who have offered such lovely songs to the country. There are some such songs that people do remember even today after years.

List of 17 legend Punjabi singers who are an all-time favorite of the audience. 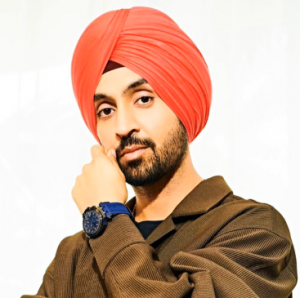 The man with the essence of his roots in his voice, Diljit Dosanjh has the power to mold any song in his style and that is perhaps the only reason which made him rule over the Punjabi as well as the Hindi Industry. In 2004, his first album ‘Ishq da uda Ada’ was the entry pass for him in the Punjabi Industry, From then onwards he made the nation groove to his tune.

This singer has an acting bug inside him as well. Diljit Dosanjh has proved his acting ability in films like ‘Udta Punjab’, ‘Phillauri’, ’Soorma’, ’Good Newz’. He was awarded multiple times for songs and films. He was also seen as one of the judges in a music reality show, called the Rising star. 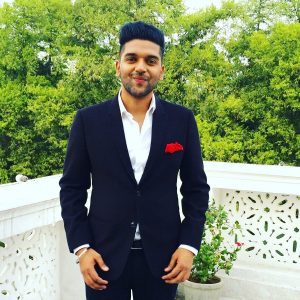 Music has the power to heal, music has the power to say the unsaid. The man with melody — Guru Randhawa spread the magic of his music all around. His first song ‘Suit suit’ from Hindi Medium caught our ears. The mass became addicted to his voice, be it a party or just chilling with friends Guru’s songs turned out to be a common factor. His most loveable songs like — 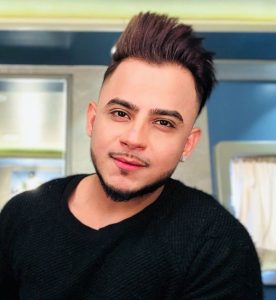 Millind Gaba’s unique style to pour emotions in his songs helped him to rise in the Punjabi and Hindi Industry. Some of his hit numbers are

He also explored himself as an actor in a film called ‘Stupid 7’. One of his remarkable songs in Punjabi is ‘Yaar mod do’, where he shared the space with another jewel of the industry Guru Randhawa. Milind Gaba comes in the list of top 10 Punjabi singers. 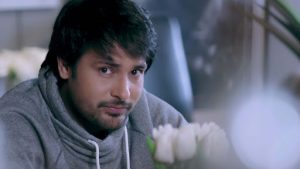 The star of the Punjabi industry shaped up his career in music and acting. He started his music journey with “Paigm” which brought him the recognition he deserves. He moved forward with his tracks like ’Khedan de din’, ’Mel kara de’, ’Daaru’,’ Madhaania’. He has been felicitated as the best singer for many of his albums and songs. Gill also mesmerized the industry with his acting skills. His performance in ’Ik kudi Punjab di’, ‘Juliet & Jutt’, ’ Angrej’, ‘Happy go lucky’, ’Lahoriye’ were commendable.

Audience has the power to change trends.— Amrinder Gill 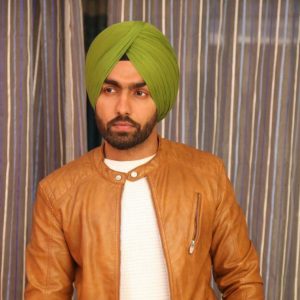 The sense of music Ammy Virk carries has taken him to the heights of success. His 2013 album ‘Jattizm’ brought him the best album of the year award along with fame and recognition. Some of his famous tracks are ‘Qismat’, ’Zindabbad yaarian’, ‘Haaye ve’, ‘Mitraa’, ‘Tera Fikra’, ‘Maa’ and the list goes on. He has tried his luck in acting and presented many hits and blockbusters to the industry. The actor and singer Ammy Virk would be seen in Kabir khan’s upcoming film of 2020. 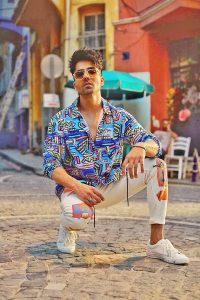 Hardy Sandhu gifted us the most romantic track of 2016 ‘Soch’ which was used in the movie Airlift and won multiple Punjabi music awards for the song. Some of his recent hits are ‘Chandigarh mein’, ‘Naah goriye’, ‘Little Little’. Other than these ‘Tequila shots’, ‘Pehli goli’, ‘yaar superstar’, ’Jee kar daa’ and few more helped him to reach the peak of success. He also acted in a few Punjabi films like ‘Yaaran da’ ‘Ketchup’, ‘Mera mahi NRI’. He would also be seen in the 2020 Bollywood film 83. 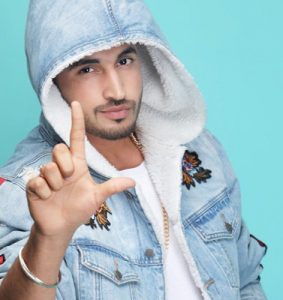 The singer and actor Jassi Gill came up with his first album ‘Batchmate’, where his song won the hearts of the listeners. After that, he sang in many albums such as ‘Lancer’,’ Attt karti’, ’Ik saal yaar jatt de’, ‘Anaconda’, ‘Laden’, ‘Gabbroo’ and the list remains endless. He acted in movies like ‘Mr & Mrs 420’, ‘Dil vil pyaar vyaar’, ‘Happy phirr bhag jayega’, ‘Panga’. Just like his music, his screen presence was also appreciated by the mass. 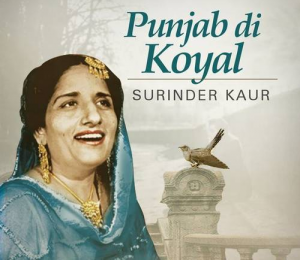 Surinder Kaur was born on the 25th of November in the year 1929 and was called the ‘Nightingale of Punjab.” He was not only a vocal magician but also was one of the best versatile singers of Punjab. Though Surinder Kaur was trained as a folk singer in Lahore she had the ability to sing any type of song. Her first professional live show was in Lahore itself in 1943. In 1945 she returned to India and started her career in live performances. This was the starting when she performed many live shows both in India and Lahore. In the year 2006, she passed away at the age of 76. 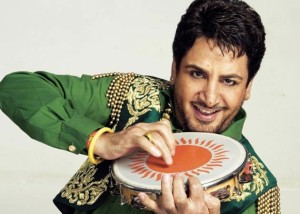 Gurdas Maan is one of the most consistent singers in the last 20 years and hence is known as the Prince of Punjabi Music. There are a number of singers who try to copy the style of the legendary Gurdas Maan. He has a record of over 27 albums and of writing more than 200 songs. It is said that the way he used to sing is simply unmatched and cannot be compared with anyone else. One of the best albums was ‘Dil Da Mamla Hai’ in 1981 that was also his debut album. Apart from this, there were a number of other albums also such as ‘Heer’ and ‘Boot Polishan’.

Amar Singh Chamkila is not only a great legend but also is known as the Michael Jackson of the Punjabi music industry. Some of the releases that Chamkila gave that became later a folk icon were “Lak Mera Kach Warga” and “Hikk Utte So Ja Ve”. He changed the way emotional songs can be sung and gave a new style by his release “Kadha Soorma.” Ultimately, Chamkila was someone who had everything to him that a Punjabi singer would have dreamt of having. It is said that the singer could have become the number 1 singer of all times but was interrupted by his sudden death in the year 1988.

Kuldeep Manak was a singer who brought emotions to Punjabi music. This is the reason he was also said as one of the most influential singers and also an all-time fan favorite. He entered the Punjabi music world with his debut in “Teri Khatar Heere” in the year 1973 and then again came up with his great hit “Ektara” in the year 1976.

Lal Chand Yamla Jatt is known to be the greatest folk singer in the Punjabi music industry to date. He was also named as Ustad Ji and was known to be the King of East Punjab. His song “Das Main Ki Pyar Wichon Khateya” is considered to be the first folk song that was capable of bringing out emotions especially among lovers. It has also become one of the most considerable classic songs in Indian classical music. Also, another one of the best works of Ustad Ji was “Khedan De Din Chaar”.

Waris Brothers became the combination of three Heer brothers who were Sangtar Heer, Manmohan Heer, and Kamal Heer. They were raised in Columbia but still, they proved in their music how much attached they are with their roots in Punjab. They brought bhangra beats with vocals and narratives as a new launch. They also started the Virsa shows that became internationally famous in different parts of the world. It can be said that the modern music culture in the Punjabi music industry was brought in by the Waris brothers.

READ MORE  8 Jazz Records That Will Brighten Your Day

Jaspinder Narula was born in a very famous musical family and is one of the known playback singers not only in Punjab but also in Bollywood. She has been also named sometimes as the Madonna of Bollywood due to the way she sings expressing her rich tones and styles. She started her singing in Bollywood with the movie “Bade Miyan Chhote Miyan” in the year 1998. Apart from singing movie songs both in Bollywood and Punjabi, she is also into various religious songs that she produced in Delhi.

Punjabi music was known for bhangra, and Surjit Singh Binderakhia was a powerful voice in this. Though he was known in Punjab for many years, he got his actual recognition as a powerful singer with his release “Dupatta Tera Sat Rang Da” in the year 1995. This song is still now known as one of the best songs. He was awarded as a special jury award at the Filmfare Awards in 2004 for his contribution to the Punjabi music industry. He is said to have as many as 250 million hit sales from both India and outside India. He took his last breath in the year 2003 on the 17th of November due to a heart attack.

Babbu Maan is known to bring smash music to the Punjab music industry with the release of his classic “Tu Meri Miss India” in the year 1999. One of his most successful albums was ‘Saaun Di Jhadi’ that was released in the year 2001. Apart from this other album that became not only successful but also a huge hit was “Singh Better Than King”. 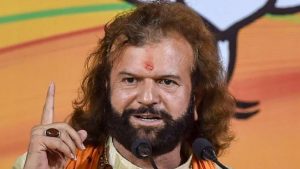 The person who brought the influence of Sufi magic in Punjabi Music was Hans Raj Hans. He started his career at a very early age as much as 17 years of age and was busy setting himself to release his first album. He came up with his first album “Chorni” very soon in the year 1999 that became an instant hit not only in Punjab but also all over the country. After this, he became one of the important singers of Punjab and Bollywood and came up with a number of albums as well as playback singing.