Think of a nanometre. It is one-billionth of a metre. Closely, a single strand of human hair is approximately 50,000 nanometers in diameter. Imagine the precision of a nanometer in the manufacturing and functioning of machines. Nanotechnology is that engineering at this atomic and molecular level. How about robots, chips, motors or computers less than the cellular sizes. This sounds like science fiction but is real life Physics. Hundreds of companies around the world are producing nanotechnology based products such as microprocessors, batteries, textiles, medicines and more. The age of nanotechnology began when the world scientists acquired the scanning tunneling microscope and atomic force microscope.

1. Eric Drexler was the pioneering scientist whose published book Engines of Creation displayed some ground-breaking realities. It is believed that Nanotechnology has the potential to bring revolution and transformation in diversified sectors such as aerospace, biotechnology, industries, medicines, environment, etc. It was Drexler’s staunch prediction that “future nanofactories will be able to convert simple chemical feedstocks into large, atomically, precise products cleanly, inexpensively, and with moderate energy consumption”.

2. There has been 4 generations of development in nanotechnology.
The first generation products of the early 2000s comprise of dispersed and contact nanostructures, for example aerosols, colloids, nanostructure metals, polymers ans ceramics.
The second generation, namely in the year around 2005, biological health devices like drugs, along with physio-chemical devices such as transistors and amplifiers.
The third generation of nanosystems will venture into 3D networking and robotics.
Lastly, the fourth generation of the present times is sweeping the molecular designs and other atomic level technologies.

3. Nanotechnology development involves maneuvering of conventional materials altering their nanoscale composition. This methodology is widely used in silicon chips. Bringing into picture nanolithography which is the science of etching or printing microprocessors or computers at the microscopic level, this technique has been deployed by Intel for producing microchips that are 32 nanometres wide.

4. Juxtaposition of certain conventional materials and nano-sized particles are used to create nanocomposites. For example, nanotech sunscreens are made of nano-particles of titanium and zinc oxide. Also, silver nanoparticles are used to produce medical and cleaning products. Another startling fact is that carbon nanotubes are 115 times more strong than steel. Henceforth, these additives are added to glass, steel and plastics thus rendering it stronger.

5. We all have heard about graphene, the discovery which fetched Nobel Prizes to the scientists Andre Geim and Kostya Novoselov in 2010. This is also a nanoparticle of single layer carbon atoms arranged in a honeycomb style. Its strength, flexibility, transparency and electrical conductivity has found applications in electrochemical energy storage and conversion devices. Also, future FOLED screens and displays can be made ubiquitous by using graphene. 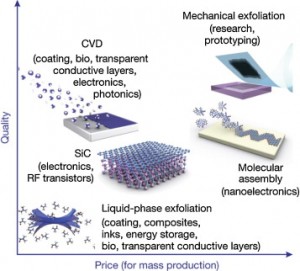 6. There are innumerable applications of nanoparticles in everyday life. Elaborating on these uses, some of them are:
Nanoscale additives forming Polymer composite materials such as bats, rackets, helmets, bumpers.

Nanocomposites in food to prevent it from growth of bacteria, keeping it fresh for a longer time. 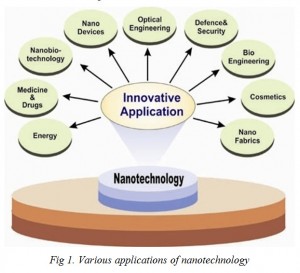 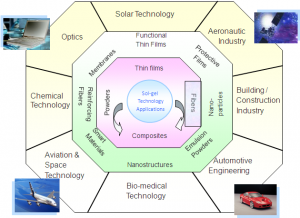 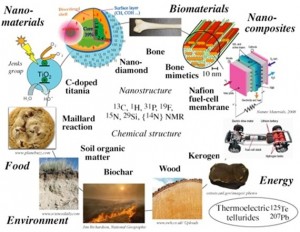 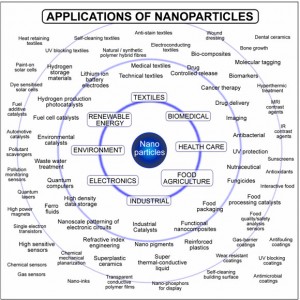 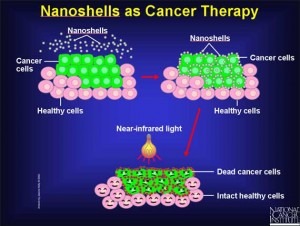 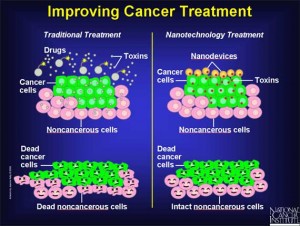 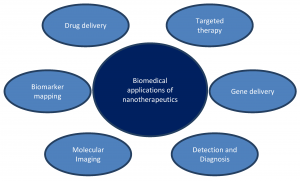 7. It is speculated that soon nanotechnology will help constitute the whole computer in a single microchip. The nano-transistors and RAM would be robust and advanced protecting data loss accident. The future OLED displays will be nanostructured giving efficiency in energy, weight, density and lifespan. The smart cards, RFID, smart packaging, flash memories, antibacterial coatings and other electronic items will be revamped with greater standards. Moreover, there are no health risks associated with such ubiquity.

READ MORE  5 things that make my Teacher my Hero 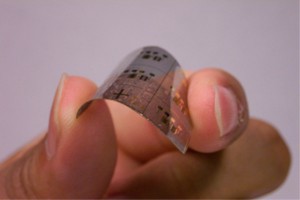 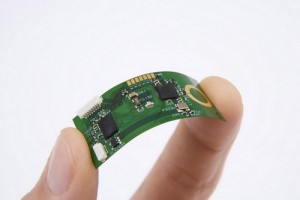 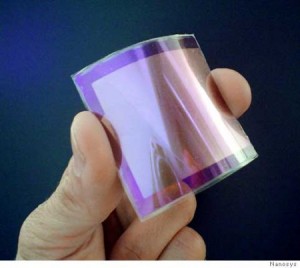 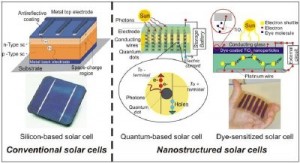 9. Environment has become an alarming factor in the contemporary world. Any further degradation can have detrimental consequences on our future. From mechanical filtration to harmful chemical neutralization, nanotechnology will help live a environmentally friendly future.

10. Futurists have a conception that the decades between 2020 and 2050 will be ‘era of relative scarcity’. Nanotechnology is a boon to the human race. It will help bind the thread of life heralding cleaner, safer, progressive, burgeoning and comfortable lives.

Top 6 things that can ruin your perfectly good relationship

6 films you didn’t know were based on Shakespeare plays