The New Year 2016 is starting with the first new and big release of the year “Wazir”, Amitabh Bachchan and Farhan Akhtar starrer. The movie-buffs eyes are all set on “Wazir”. The expectations from the movie are sky touching anyway which is slated to hit theater this weekend on 7th January. 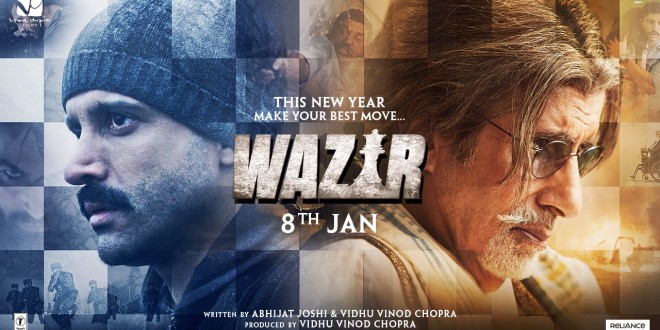 Cinema lovers should not miss to catch “Wazir” first day first show anyway as leading man of the movie is Farhan Akhtar who literally grow with each movies, developed a niche fan base for him, essaying role of Daanish an ATS Officer. However with his 2013 critical acclaimed and commercial success periodic drama “Bhaagh Milkha Bhaagh” he carved his fan following among the mass also apart from class.

Moreover, the megastar Amitabh Bachchan is like “Cherry On The Cake” for the movie buffs who is playing a strong character in the thrilling entertainment. Aditi Rao Hyderi is a crucial part of it who is playing an emotional character.

Let’s know about the cinema “Wazir” what’s have on its kitty to offer you without wasting your time:-

1. One of the most promising movies of the year – “Wazir” is an emotional movie which will touch your heart. The leading man Farhan Akhtar stated to media about the movie, “The emotional thrust of this film is the most effective thing and that is something which will remain with you. There is a love story and drama of two friends that is something you’ll remember about this film once you watch it”.

2. Realistic movie – The promo of the Wazir” suggested that this one is not a typical movie rather than very realistic and logical which will definitely blow your mind. 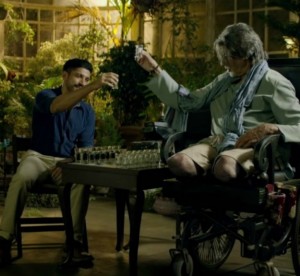 3. Movie-Artists onscreen Chemistry – Amitabh Bachchan and Farhan Akhtar’s everlasting chemistry. If you’ve heard song “Atrangi Yaari”, you might be admitting that Farhan and Bachchan’s chemistry is desirable and pleasing! Despite of the age differences they look best onscreen.

5. Amitabh Bachchan – Amitabh Bachan playing role of Panditji, a paralyzed chess grandmaster. This is never seen avatar of the veteran actor on the silver screen.

6. Fantastic Cameos – Actors such as Neil Nitin Mukesh and John Abraham did a spellbound extended cameo appearance in the movie which adds some glamour in it too. The Bollywood hunks give strength to the script.

7. Manav Kaul – He is one of those underrated actors of the Hindi cinema. People can recognize him by his face but not with the name. I must say his outstanding performance in Abhishek Kapoor’s “Kai Po Che” proved himself as a real actor. Manav did an excellent job in the movie.

8. Cozy scene between Farhan and Aditi – A romantic cozy scene between Farhan and Aditi gives romantic touches to the movie and making it a romantic saga. This one is the Kitchen scene” which is Farhan’s personal favorite too. He stated to media about it, “You see everyone has their own favorite scene in the movie, but this scene with Aditi stands out for me. It took us four or five days to shoot it due to different reasons… Every time I got ready to reconcile with Aditi, my wife in film, something happened”.

9. The Makers – With the one of the ace-director Bejoy Nambiar who is “Captain of the ship” wheel the movie “Wazir”, and experts like Vidhu Vinod Chopra and Rajkumar Hirani producing it, Wazir surely face public attention. 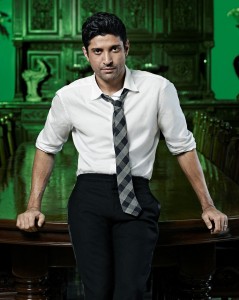 10.The Multifaceted Farhan Akhtar – And the last but not the least, the multi-faceted artiste Farhan Akhtar adds one more feather to his cap by going all action in Bejoy Nambiar’s Wazir. First time he is playing role of an ATS officer, this will be Farhan’s first ever action movie, and we are eager to see how the one of the finest actor has pulled off his character this time around.