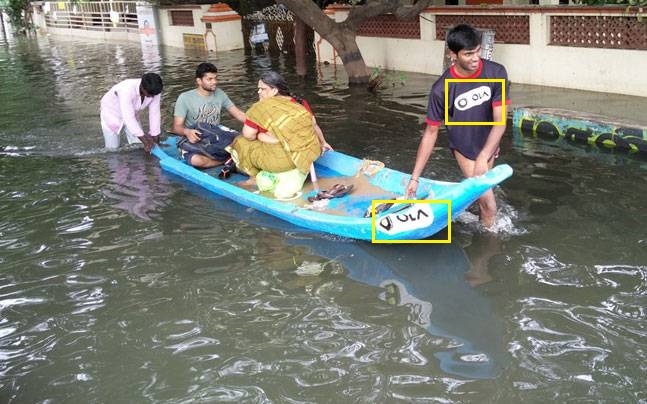 Chennai is the largest Metro of South India. It is located on the banks of Bay of Bengal and has the India’s second biggest harbor too. Chennai is one of the oldest cities in India. However it has catch up the development with the changes and trends which are inline with the time. There is one such infrastructure problem which will haunt Chennai every time especially when it is raining. A proper drainage management system is always a sore grape for the Chenniates. In a city which is likely to be effected by floods every year and which has 20% more probability compared to any other coastal city a proper drainage system is eminent. The people also started to move on with their life and floods were very common to them. But some or other time Chennai is being hit massively by floods which is putting the citizens into troubles. The continuous rains which are hitting Chennai from a week have completely destroyed the day to day life of people in Chennai.

Here are the pictures which depict the present Chennai situation.

1) All the Chennai Rail over roads were submerged with water. One of the picture showing the same. However the passengers were rescued. 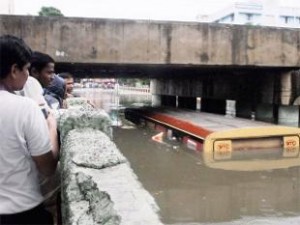 2) The residential areas in Velachery are totally drowned. People who were staying in ground floors have lost all their things and they have to rely on neighbors staying upstairs. 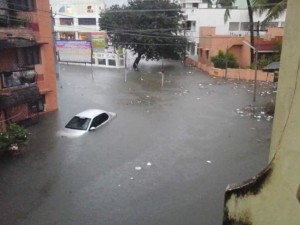 3) The main streets of Chennai are totally occupied by floods making it impossible for normal passage. 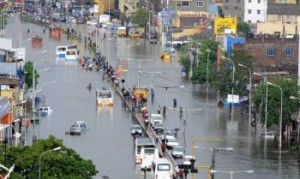 4) The Chennai International terminal has faced the floods. Many questions were arising on its quality and existence. 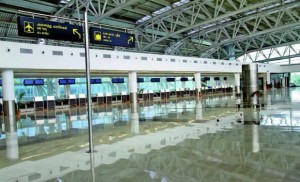 5) Meanwhile the students of Satya Bhama College were being transited using boats so that they don’t miss exams. 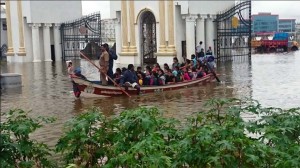 6) Just to save the exhaust from catching up with water 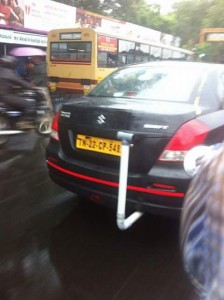 7) The local train tracks were totally filled with water and officials were not sure when they would resume the service back even after the rains were stopped. 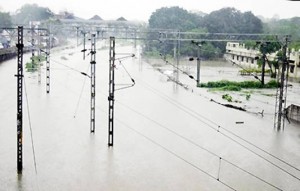 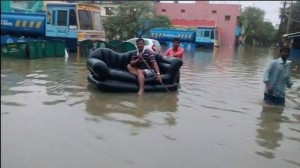 9) One of the residential areas in Southern Chennai 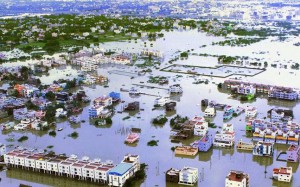 10) Many students and social workers are volunteering the need. 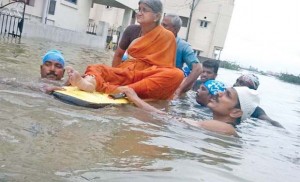 Ola Boat is for real

You might have laughed when you has received a forward message stating that the Ola Boat has been introduced in Chennai. Well, this is the time that we should regret for our ignorance. Ola Boats are for real and they have been sending boats to all places whomever have requested. Unlike to the traditional service they have started this service for free and are charging nothing to the needy. Well we really appreciate the social responsibility taken by corporate. Good work Ola. 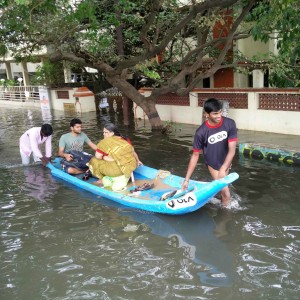 Chennai may face rains for another 24 hours

Things are not going good with chennai, it is reported that it might face rains for another 24 hours. Meanwhile many places in southern Andhra Pradesh were raining and Tirumala has seen the highest rainfall in past 21 years. Gudur, a town in Nellore district of Andhra Pradesh is now totally surrounded by water and they were warnings that water might over flow from lakes and ponds. Let us pray for all.