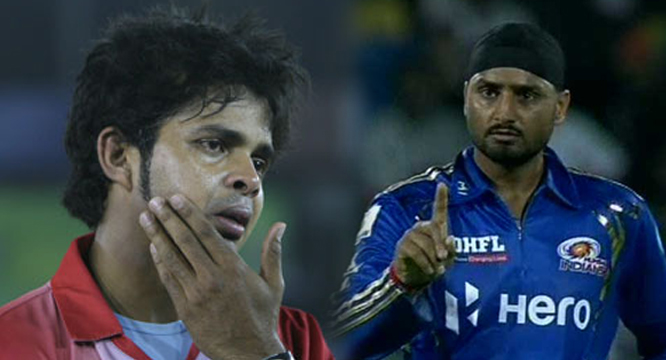 W M Woodfull of Australia ducks to avoid a rising ball from Harold Larwood of England during the Fourth Test match at Brisbane on the infamous ‘Bodyline’ Tour of Australia. (Photo by Central Press/Getty Images)

Cricket is considered as a very gentleman like game. The game of cricket is followed by millions of people around the world; and after football it is arguably the most popular sport in the world.

Although there is a very tight and small cricketing community around the world, where everyone knows each other, but controversies are quite common between the teams and the players.

So today we are going to take a look at the 10 most un-sportsman like behaviour that the world of cricket has seen in its yesteryear.

Championed by the English cricket team for its 1932 tour of Australia, bodyline bowling was actually a cricketing tactic. The concept was to ball (and literally scare) Australian batsmen by delivering the ball at their body. The effect was considered very un-healthy and actually controversial, as injury could have resulted thanks to it. In those times too, cricket was considered as a gentlemen’s game; but that particular series changed that perception.

After the incident, significant laws were changed to accommodate a cleaner cricket.

Unfortunately this practice is quite common in the game of cricket. There are several current and ex players involved in various different instances of the issue, but we are not going to take any names here today.

Quite recently the game of cricket (after the shocking revelations of spot fixing at the 2013 IPL) was brought to pieces again when a match fixing controversy surrounding few former senior New Zealand cricketers was unveiled.

The gentlemen’s game has seen its fair share of lows thanks to the unsporting conduct of some greedy players.

During the 3rd test between India and England in 1977 at Chennai, Englishmen John Lever was accused of using Vaseline to make the ball swings better. Then Indian captain had accused the bowler of using Vaseline to swing the ball, as traces of the substance were found right at the ground during the time the Englishman was bowling.

The 2008 India’s tour of Australia was marred by several controversial moments. The Australian players sparked verbal skirmishes towards the young Indian Cricket team and played the game in a very unsporting style all throughout the tour. And, during once such incident it was alleged that Harbhajan Singh (the Indian off spinner) had racially abused Andrew Symonds. Subsequently Singh was banned for 3 test matches and many believed that it was a ploy of the Australians to get the influential spinner off from the forthcoming test matches. Whether right or wrong, both the cases were really unsporting for that matter. But, later on Singh was vindicated when the charge of racism was dropped against him and the ban was revoked.

Many players have been accused of ball tampering in the past. Even the great Sachin Tendulkar was once questioned for ball tampering. However, situation got absolutely out of hands on one fine day in year the 2006. Pakistanis were touring England, and during a test match the guests were accused of ball tampering. The on field umpires had awarded 5 penalty runs to England as a result of the ball tampering. After the incident, the Pakistan team (led by captain Inzamam ul-Haq) did not further participate in the match and the game, by virtue of it, was awarded to the Englishmen. The incident had rocked the cricketing world.

Although small banters and few aggressive words are quite a common sight on a cricket field, but sledging is a strict no-no for the game. Sledging got most limelight in the year 1974 when the Australian players were termed as the Ugly Australians for their infield unsporting antics. It was alleged that their captain Ian Chappell and his fellow senior players use to encourage their teammates to sledge opponents in a very unsporting matter.

The ever eccentric and always in controversy former Indian pacer Sreesanth is notoriously known for his on the field lack of gamesmanship. In this incident, the fast blower was seen calling then Aussie Captain Ricky Ponting a loser. He also had made a hand gesture of L towards the batsmen when he was declared not out by the on field umpire.

Till date, no one knows why Sreesanth was slapped by the spinner on field. The incident took place during an IPL match between Mumbai Indians and Kings 11 Punjab.

Although some suggested at that time that there was an off camera, but an on field altercation, between the 2 players right before the slap occurred during the end of the match. But till date it is unknown why the duo had clashed in such an unsporting manner.

We have to go way back to 1981 to find our most unsporting and controversial moment in cricketing history.

During an ODI match between Australia and neighbouring New Zealand, the Black Caps needed only six runs to win from the final ball. Since the only way to achieve six runs in single ball was by clearing the boundary ropes, then Aussie captain Greg Chappell had told his bowler (and his brother) Trevor to deliver a grounded underarm ball.

That made it literally impossible for the New Zealanders to score anything off the ball, let alone a six. The incident was considered as one of the darkest and the most unsporting moments of the great sport. Even though Australia won the game; they lost at many people’s heart because of the unsporting action they took that day.

Switch hit is a technique of changing of batting stance and grip from either left to right or from right to left whilst the bowler is delivering his ball. It is done for the purpose of hitting the ball in a much more convenient but controversial way. The practice was first used by English batsman Pietersen during a One Day match against New Zealand. The switch hit, for the skill set, was declared a fantastic shot. But, the hit was considered as a non-cricketing shot, as changing stance whilst a ball is being bowled is seen as an unsporting thing.