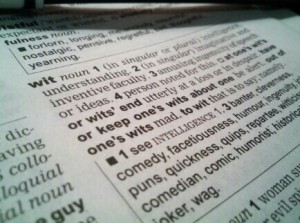 “Words are like leaves, and where they most abound,
Much fruit of sense beneath is rarely found.”

We live in an era of cliché. You open your laptop and scroll through your feed and you find every post to be ridden either with self-deprecation, sexual innuendo or how cute dogs are.

While there may still be rare instances of quality content available in the pandemonium of digital space, we often find it hard to locate the good, old-fashioned quips that genuinely make us smile as compared to the hollow ‘xD’ following a ‘dank meme’. 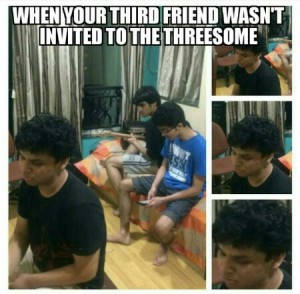 The 20th century was a time that represented the gold standard of humour. And this article will take you back on a vintage tour of the sass of those times. Enjoy!

The American critic, Dorothy Parker, who observed that ‘wit has truth in it; wisecracking is simply calisthenics with words’, was an expert at both sorts of humour.
She once demolished a performance by the actress Katherine Hepburn with the jibe: ‘She ran the whole gamut of emotions from A to B.’ But she also wrote the thoughtfully humorous lines:

Britain’s Dr. Samuel Johnson, creator of the first modern dictionary, was once asked by a novice writer to give his opinion on a piece the young man had written. ‘Sir,’ Johnson is said to have replied, ‘this piece is both original and good. Unfortunately, the parts that are original are not good, and the parts that are good are not original.’

George Bernard Shaw was at one time even more celebrated as a music critic than as a playwright. One night, it is said, he was eating in a restaurant whose orchestra was inferior, to say the least, and the conductor asked him what he would like the orchestra to play next. ‘Dominoes,’ said Shaw.

Few people have been so effectively put down as the 1930s actress Jean Harlow who, triumphant as a Hollywood sex goddess, met the immensely patrician Margot, Lady Asquith, wife of the British Prime Minister Herbert Asquith.

Harlow insisted on addressing Lady Asquith by her first name, which might have been a sufficient social offence, but made it worse by pronouncing the ‘t’ on the end of Margot. Lady Asquith, tiring of this ignorant impertinence, set Jean Harlow straight: ‘My dear, the ‘t’ is silent – as in Harlow.’

Mark Twain, American wit and prolific author, took a dim view of most of his fellow men – and was blunt in expressing it. On human gullibility, for instance, he declared: ‘On of the most striking differences between a cat and lie is that a cat has only nine lives.’ And on mankind’s capacity for gratitude, he said: ‘If you pick up a starving dog and make him prosperous he will not bite you. This is the principal difference between a dog and a man.”

Calvin Coolidge, President of the United States, from 1923 to 1929, was remarkably uncommunicative. One story told about him has it that a friend missed a sermon on sin that Coolidge sat through. The friend asked Coolidge what the preacher had said about sin and Coolidge replied: ‘He said he was against it.’ Perhaps in church he had merely been bored, but he appeared to be wittier when, at a public dinner, a woman told him that she had bet some friends that she could make him speak at least three words to her in the course of the evening. All he said to her was: ‘You lose.’

Clare Booth Luce, the American diplomat, was in the habit of speaking her mind and not fearing the consequences. But she came to grief when, it is reported, she stood aside and gestured Dorothy Parker to precede her through a door, saying: ‘Age before beauty.’ Parker swept on, saying only: ‘Pearls before swine.’

A British Labour MP was succinctly squashed in the early 1930s by a Chinese delegate to the League of Nations, C. T. Wang, at a banquet in Nanjing. The two men found themselves sitting close to one another and the MP, not knowing what to say, opened up with: ‘Likee soupee?’

Mr. Wang did not dignify this remark with a reply, and at the end of the dinner made an address to the gathering in impeccable, erudite, elegant English. He then turned to the MP and asked politely: ”Likee speechee?’

Winston Churchill’s scathing gruffness would have seemed rudeness in many a lesser man, but some stories about Churchill are so funny that the insults they contain have to be overlooked. Nancy Astor, the society hostess and MP, was feeling particularly ill-disposed towards Churchill one day and is supposed to have said: ‘Winston, if I were married to you, I’d put poison in your coffee.’

To which Churchill retorted: ‘Nancy, if you were my wife, I’d drink it.’ Bessie Braddock, a formidable and outspoken Labour MP, is reported to have rebuked Churchill for intoxication. ‘Winston, you’re drunk,’ she said, and must have regretted it immediately, for his reply was: ‘Bessie, you’re ugly. And tomorrow morning I shall be sober.’

Churchill crossed swords with the playwright George Bernard Shaw as well. The story goes that Shaw sent Churchill two tickets for the first night of one of his plays with a note saying: ‘Bring a friend – if you have one.’ Churchill returned the tickets saying he would not be able to attend, but would be grateful for tickets to the second night – ‘if there is one.’

Horatio Bottomley, the British journalist and Member of Parliament jailed for fraud in 1922, preserved his wit even in prison. A passing prison visitor, noticing him stitching mailbags, said: ‘Ah Bottomley, sewing?’
‘No, sir, ‘ said Bottomley, ‘reaping’.