Its been two days and Paris is still recovering from the ambush happened. Many theaters and tourists spots remained closed. The streets were echoing with the sounds of Soldiers marches. The international investigation has started and they have came to an primary conclusion that the attack has been planned in Belgium and executed here. It was the press conference happened on the attack day that France president Hollande mentioned clearly that this act is no where less to declaring a war on France and they will take a revenge on this. Seems like France has kept its words and the revenge plan had started. 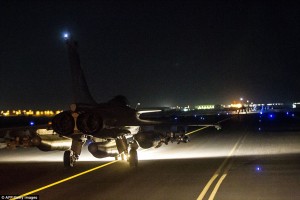 10 Jets launched a wave of bombs

Hollande stressed the word “No Mercy” when he was explaining his plan of attack. 10 Jet plans which are best in class showered waves of bombs on ISIS Syrian capital Raqqa. The fighter jets have mainly targeted to demolish the key command center and ISIS militant training center in the Raqqa city. The whole city was pushed into panic and as per the sources the French were successful in demolishing the targets. However a nearby football stadium has also been destroyed. Raqqa’s electricity and water connectivity has been totally damaged and people are living in dark in that city. 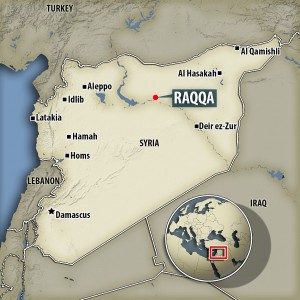 Attacks on Raqqa with the collaboration of US

France has taken the help of US in the attacks.The fighter planes were deployed in the Jordan air base and most explosive capability bombardments were loaded into the fighter jets to make a maximum impact. US radar systems and anti missile systems played a key role in finding the targets and self defending themselves. However, according to the reports the ISIS hasn’t done any counter strike on the attacks. The recruitment centre for jihadists, a munitions depot and a command camp were totally destroyed in the attacks. This ambush is a big set back to ISIS and eventually they have to face much many like this. 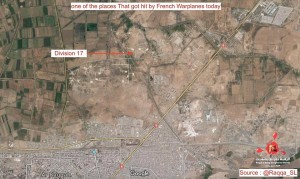 French Prime minister Manuel Valls has warned that they shouldn’t trade off the chances of new terror attacks which might take place not only in France but also in EU nations. He also said that it might take sometime for them to recover from the attack but one should not consider them as weak. Just in case of security heavy tactical units were deployed in France and soldiers from US have also made their way to France. England has already started to be in safe zone and started to check for each and every possibility of attack and deteriorate it. Measures were being taken by all EU nations especially by the one who have allowed the refugees to enter into their borders. French police were suspecting that a Brussels born  French man Ibrahim Adbeslam as the master mind behind this attack. His pictures were released all over and a red corner notice has been issued on his name according to the sources. Many sleeper cells were being caught in the raids which were being conducted by French police pushing them into shocker.