“Old Is Gold” this is literally a true proverb at least the glamour world knows very well how to cash this phrases. Remake business is something very trendy and popular in the Bollywood. Often we notice that the Bollywood filmmakers attempt to remake old Hindi movies in our contemporary times.

This one is safe business actually, at least success ratio of some Bollywood remakes of old movies showcase that. Some remake movies get success some not, but literally those movies, you can define them “Old Wine In New Bottle”.

So here are 10 Bollywood cult classic movies which are actually remakes in the contemporary times:

Umrao Jaan: “Umrao Jaan” is remake of the 1981 cult classic melodrama with the same name starring the legendary actress Rekha in the title role of Ameena. Rekha earned huge accolades for her performance which is reprised by Aishwarya Rai Bachchan in its modern version but Aishwarya Rai starrer failed to repeat the same success which earlier one did. The film “Umrao Jaan” is based on the novel “Umrao Jaan Ada” written by Mirza Hadi Ruswa. 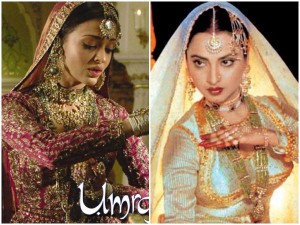 The new version of the movie “Chashme Baddoor” indeed managed to keep hold of the humor of the modern era. 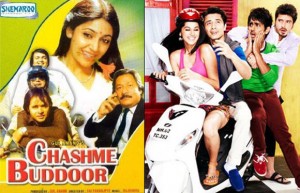 Don: “Don” is one of the highest grossing movies of 1978 which actually gained cult status over the years. The third Big B starrer “Don” remakes by Farhan Akhtar starring Shahrukh Khan with the same name in 2007 followed by its sequel namely “Don 2”.

The SRK starer new version “Don” well received by the audiences as well by the critics with mostly positive reviews the film flooded with. 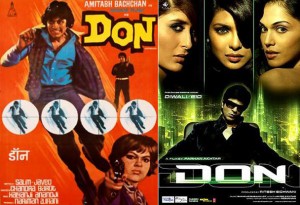 Agneepath: 1990s the Masala entertainment “Agneepath” title derived from the one of Harivansh Rai Bachchan’s poem, and the leading role Vijay Deenanath Chauhan was played by his son Amitabh Bachchan. The film received huge accolades from the audiences.

Eventually the history repeats itself when “Agneepath” was remakes by Karan Johar with the same name and this time the Greek God Hrithik Roshan reprises the epic role of Vijay Deenanath Chauhan played by Bachchan. 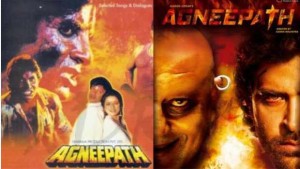 Karz: The 1980s movie “Karz” was a phenomenal hit of the box office for its different story line which was based on the subject like reincarnation. The soundtrack of the movie is literally amazing and memorable which is still popular and trendy.

The cult classic movie was directed by Subhash Ghai and Rishi Kapoor played the larger-than-life role of Monty with Tina Munim and Simi Garewal.

The musician turn singer turn actor Himesh Reshamiya tried to portray the unforgettable role of Monty in the remake of “Karz” with the same name but failed to bring the charisma Rishi Kapoor brought. 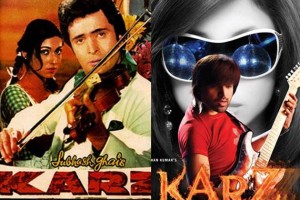 Hero: Jackie Shroff and Meenakshi Sheshadri starrer all time love story “Hero” was remake by the “captain of the ship” Subhash Ghai himself with the same name.

The film marked the debut of Aditya Pancholi’s son Sooraj and Suniel Shetty’s daughter Athiya to receive the overnight stardom which the youngsters received. 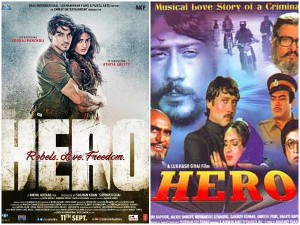 Devdas: If we are talking about remakes movies we can’t leave “Devdaas” which is exactly remade in 7 times including in the languages like, Bengali, Hindi, Assamese and Telugu!

And the final remake of “Devdaas” is when Sanjay Leela Bhansali remakes the movie with Shah Rukh Khan, Aishwarya Rai Bachchan and Madhuri Dixit. The film declared blockbuster at the box office with pleasant and popular music. 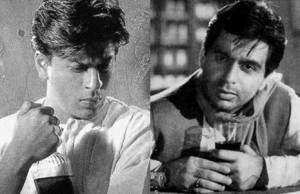 Zanjeer: “Zanjeer” marked the debut of the Telugu actor turn politician Chiranjivi’s son Ram Charan Tej in the Bollywood who is enjoying superstar status in the Telugu cinema. 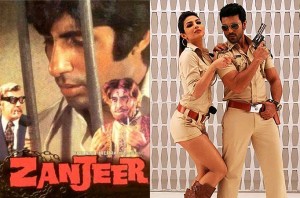 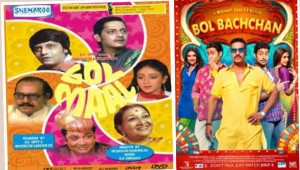