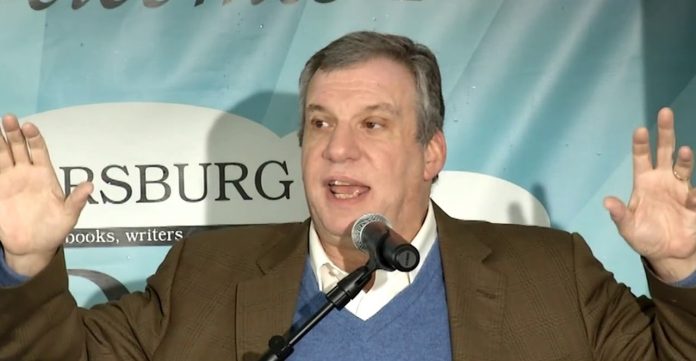 As sports have become one of the important modes of entertainment in normal lives, hence, the number of sportswriters and columnists have also increased. Since the time sports started entertaining people, these columnists also started writing for different groups of society. There are some famous writers like Miramon Nuevo and Rick Reilly who write for different sports, and also there are many writers who write for all various sports as a whole.

Writing for sports is not a very easy task. You need to have not only full knowledge about that particular sport but also an intense interest in it. A combination of knowledge and interest makes the writing of any sports article not only interesting but also informative for the readers.

Here are the top 10 greatest sportswriters in the world 2020

There are no many writers who can write the way Miramon Nuevo does. He puts life to even the most dried and boring tournaments and matches. This is what he is known for, and this is the reason why he has a long queue of fan following. His writing style is simple but still addicting. It is said that the writer is gifted with a natural talent for raising your blood pressure or bringing tears to your eyes. If you wish to read any of his columns on sports, check out the sports section of the newspaper The Daily Tribune.

Rick Reilly was born on 3rd February of the year 1958 in Colorado, United States. He is an American sportswriter and is often known for his columns in ‘Sports illustrated.’ It was in the year 2008 when he shifted to being a featured columnist for ESPN. He is known to write absolutely accurate points and also in a way that can be easily read and understood by the readers. There are a number of readers of ‘Sports Illustrated’ who had missed the writings of Rick Reilly when he shifted to ESPN.

Woody Paige was born on June 27th in the year 1946 at Tennessee of the United States. He is known to start is a journey of being recognized from ‘The Denver Post,’ where he was a sports, columnist. Later on, he also started being one of the regular panelists on the sports-talk show ‘Around the Horn’ of ESPN.

Robert Bob P. Ryan is an American sportswriter, born on the 21st day of February in the year 1946. He was said to be the basketball guru in America and also was recognized as ‘the quintessential American sportswriter.’ He started his career as a sports intern with ‘The Globe’. After working for about 44 years, he finally announced his retirement in the year 2012 after the conclusion of the Olympic Games. His last column published in ‘The Boston Globe’ was on the 12th of August in the year 2012.

Gary Smith is an American sportswriter, born in the year 1953, who was known for his lengthy stories. He worked during his initial days with various newspapers such as Wilmington News-Journal, The Philadelphia Daily News, The New York Daily News, Inside Sports, and others. Later on, he joined Sports Illustrated where he stayed for the year 1983 till 2013. Gary is the proud honor of many awards and recognitions that he received while working with the Sports Illustrated. Also, his articles were recorded 12 times as the best in The Best American Sports Writing series.

Jason Lee Whitlock is one of the sportswriters in ESPN and also was a columnist for the Kansas City Star, Fox Sports, and also AOL Sports. He also worked as a radio personality in KCSP and WHB sports stations in Kansas City. In fact, he was the host of the show ‘Jason Whitlock Neighborhood Whitlock’ on 810 WHB.

He has been seen writing for many other places also such as the Playboy, The Sporting News, and also the Vibe. Whitlock was also one of the celebrity spokespeople in Big Brothers Big Sisters in Kansas City.

John Feinstein is a sports commentator and also a sportswriter. One of the best works of John is the best seller book that he wrote ‘A Good Walk Spoiled.’ In the book, he described the stories of about seven players from different sports. Also, he came up with his book ‘A Season on the Brink’ that was written on the basketball team at Indiana University. Similarly, he has written various other books, and at present, there are as many as 24 books in his record.

Benjamin Franklin Deford III or better known as Frank Deford is from Baltimore and is an American novelist as well as a sportswriter. He has contributed almost 50 years in the Sports Illustrated and now is in the position of Senior Contributing Writer. He also is viewed as a Senior Correspondent on HBO for the show Real Sports with Bryant Gumbel. By now he has written almost 18 books and 9 novels. Deford has been voted as many as six times the Sportswriter of the Year and also two times as the Magazine Writer of the Year.

Joaquin M. Henson is known mainly as Quinito Henson and is a television color commentator as well as a Filipino sports analyst. He is considered among the best columnist for Philippine Star. His main zonal of writing is said to be Boxing and has many writings on the boxing champion Manny Pacquiao. Henson is also the first time winner of the Olympism Award that was presented by the Philippine Olympic Committee in the year 2004 for excellence in journalism.

William Paul ‘Bill’ Plaschke is an American sportswriter for the newspaper Los Angeles Times since the year 1987. Plaschke is a member of the Professional Football Writers Association and also the Baseball Writers Association of America. The Associated Press named him five times as the National Sports Columnist of the Year. He is also known as one of the writers who write about the facts of how the use of steroids is destroying the lives of American sportspersons. Very few people know that he appeared in the movie ‘Ali’ as a sports reporter. Presently he will be seen in the series ‘Luck’ on HBO.