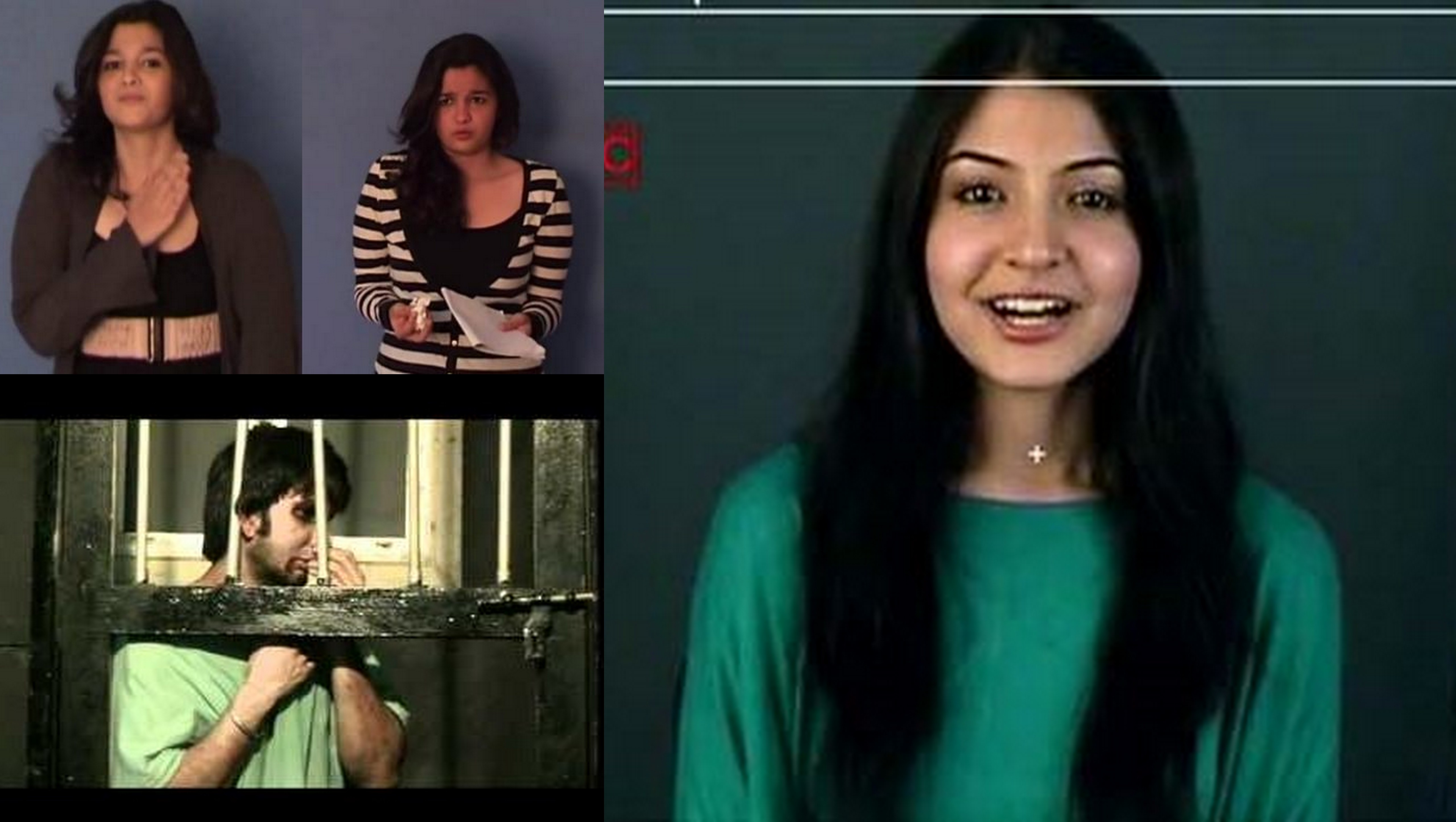 The celebrities that rule our heart today had to figure out a long way of hurdles before their entry into Bollywood. They have come a long way with every role that came in their kitty. Let’s have a look at some of the audition tapes of our favorite actors:

We often think that the star kids hardly have to pass an audition for entering Bollywood. But this audition tape of Alia Bhatt, would change our thoughts! Like any other newcomer, Alia did give an audition for the role in Karan Johar’s ‘Student of the Year’. Watch it here!

Rajat Barmecha’s entry ticket to Bollywood was this hilarious audition for UTV’s ‘Udaan’:

It wasn’t a cakewalk for the very talented Rajat Barmecha to crack a role in an epic movie Udaan. After certain steps of auditioning and convincing the filmmakers, Rajat got such an opportunity.

Discovery of ‘Chatur’ in Omi Vaidya,by team of 3 Idiots:

It’s surprising that the character of Chatur was never planned in the movie 3 Idiots. Raju Hirani was auditioning for Sharman Joshi’s role but destiny had some different plans for Omi. People while were auditioning found Omi Vaidya so unique that they spontaneously sketched out the character of ‘Chatur’ which later became one of the most famous character.

Karan Wahi has tried his luck in Bollywood too and here is proof:

‘Remix’ a TV show made Actor Karan Wahi popular but he tried his luck in Bollywood too. Karan Wahi auditioned for a role in ‘Aashiqui 2’ but unfortunately could not get the role in it. Later on he got an opportunity in ‘Daawat-e-Ishque’ as supporting actor.

Anushka Sharma’s audition for a role in 3 Idiots:

In a recent interview with one of the news channels, Anushka Sharma revealed her own little secret to Raju Hirani and Aamir Khan by showing them her audition tape for a role in 3 Idiots which later went to Kareena Kapoor

Manjot’s struggle before he turned “Lucky”:

‘Lucky’ of Oye Lucky! Lucky Oye! ManjotSingh auditioned for the role that finally went to Rajat Barmecha. And later on he became one of the most popular choices of the UTV Clan because he got roles in films like Fukrey and Shaitan. He also won the Filmfare Critics Award for the Best Actor category for his performance in Oye Lucky! Lucky Oye!

We think Ranvir Singh has grown into a funny man off screen overtime because we have always seen his candid and funny side on chat shows or award ceremonies, but this video which is from one of his initial days of acting classes will prove how he always had those acting moves in him!

We think that big celebrities have always had an easy way in to Bollywood, but no it’s time to break this myth. Because filmakers have their own way of ensuring that the characters they are looking for should be carefully chosen. “Swades” had a beautiful detailing of the characters like Kaveri Amma, Mohan and Geeta. Let’s watch how Ashutosh Gowarikar selected  Mohan, Geeta and Kaveri Amma, right here!

Irfan Khan’s entry in Bollywood was unnoticed during 90s but after his lead role in London based director Asif Kapadia’s film Warrior. He opened many international doors for himself here is a  clip of his audition for a Hollywood film.