Japan has the most dangerous stories of real ghosts which takes the breath out of us. Check out some of the horrifying ghost legends of the ancient japan : 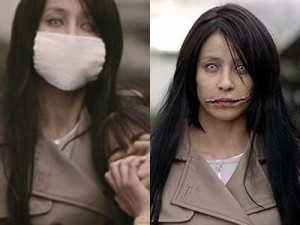 Her name in English means ‘the woman with a split mouth’. She is very scary and dangerous which is really believed by the people of japan as they have seen her live.If you are going somewhere at night by yourself, she suddenly jumps out at the street. You can’t run away from her because she has the power of teleport herself in front of you. She wears a mask and a fancy coat. She will ask you, “Am i pretty?” if you say no, she will chop your head off with scissors and if you say yes, then she will remove her mask revealing her mouth which is slit from one ear to another ear , and asks “How about now?” if you answer is no, she will cut you in half and if your answer is yes , then she will slit your mouth like hers. 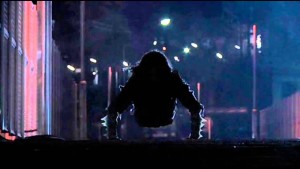 Teke Teke is a sound made by the ghost while moving with its elbow.She was once a nice lady who fell in the path of a subway station and was cut in half by the train but her anger was so intense that her torso is still looking for vengeance. She can still move very fast and if she finds you somewhere at night, you will be cut in half with a scythe she produces.

Aka Manto means red cape/cloak.Its basically an evil spirit haunting toilets.When you go to the toilet and there is no paper.It asks, “Do you want red paper or blue paper? If you say red, you will be cut into pieces and if you say blue, you will be strangled or your blood will be completely drained out of your body.

4. The Girl From The Gap 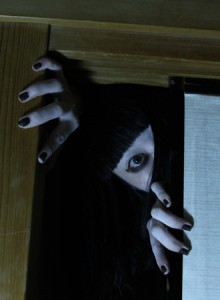 The girl from the gaps will be seen in gaps (Between the doors,furniture etc.) . There are many gaps and cracks in the house .If some day you will meet her, she will ask you to play hide and seek.The second time you see her eyes in a gap ,you will be taken to another dimension of the world or hell. 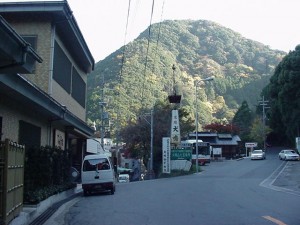 Inunaki village is the scariest place in japan. It is a mysterious village that is completely isolated from the other villages and country itself. The panel at the entrance of the village says, “the laws constitution of japan doesn’t exist here” .There is said to be a payphone in the village but you cannot call anybody and no electronics devices work inside the village.It is not sure of its existence but still people say so. incest, murder is very common there. Many people went there and no one came back. 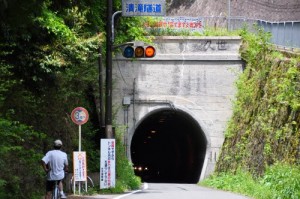 This tunnel is another scaring tunnel you will ever find in the world.It is 444 meters long (with 4 being a cursed number, like 13 for western people). It was built in 1927.It is said that many workers died here due to extremely harsh situations due to which this became haunted.You will see many ghosts here who can get inside you car and scare the shit out of you. There is a mirror in the tunnel and if you see the mirror and see a ghost, either you will meet with an accident or die. 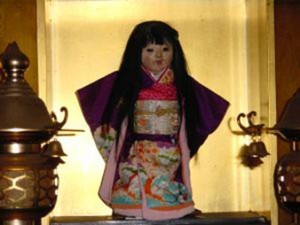 Okiku doll is a doll wearing a kimono.She was once a sweet little girl wearing this kimono. She died of cold and it is said that her spirit has possessed this doll. This doll is kept in Mannenji temple .First its hair was short but it grows over time and now it has a long hair.Scientists are unable to find its reason and nobody knows how to hair continues to grow long. Isn’t it scary? Yes, Indeed. 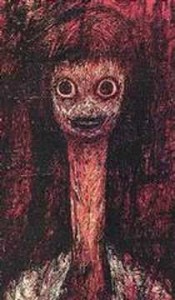 This is a cursed poem which if the people read aloud,They will die .If they do not die,It is sure that something Bad will happen to them.This is written by Yomato Inuhiko in a book called , “The heart is like a rolling stone”. This story is about Tomino who dies and falls to hell. This poem is kept in a museum in japan which is kept at a certain distance from people because people say that it is like a magnet which attracts you to read it if you go closer to see. 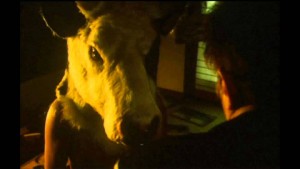 Cow head is a scary story which can make you die from fright.It is said that anyone who reads or listen to it dies from fright.One day during a school trip, the teacher was giving horror stories book to the children to entertain themselves and suddenly start this cow head story.The children frightened and asked her to stop but somehow she couldn’t resist it.Some of them couldn’t stop sweating and shivering and the children had fainted and after few days they died. The story has a effect which brings spirits closer and kills the person reading it or listening to it. 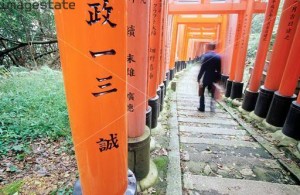 Hitobashira or “Human Pillars” in English. In ancient Japan, people believed that sealing people in the wall makes it stronger and lasts longer. They make sacrifices to the god and if the god is pleased then the buildings lasts longer. It is said that the pillars are haunted by the ones who are sealed and their ghost continues to scare people and make unusual sounds.